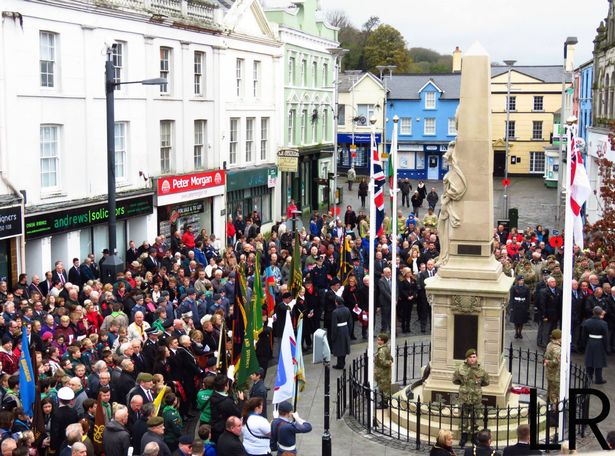 Following a recent high-profile article in the Daily Mail, Bridgend Town Council has issued a statement denying they took the decision to bar under-11s (namely youth organisations like the Brownies, Girl Guides and Scouts) from taking part in this year’s Centenary Remembrance Parade at Dunraven Place.

It’s since emerged the Royal British Legion made the request for crowd control reasons and did so – in consultation with the council as co-organisers – as long ago as January.

“Over the past few years, the parade has grown substantially in numbers. The Remembrance Service is held around the town war memorial, which is located in a confined area….Last year, there were approximately 500 individuals in the parade along with around 2000 spectators. These numbers are growing year on year.

“….Following a review of the 2017 parade, the Bridgend Branch of the Royal British Legion took the decision to change the format of this year’s event due to concerns regarding the welfare and safety of young children. In 2017, a number of young children became very distressed due to the congestion and length of the march and service. This was further exasperated by adverse weather conditions….a number of young children had to be taken out of the parade to be with a family member and some needed medical attention from St John’s Ambulance Service.”

In minutes of the town council’s Military Advisory Committee from 17th January 2018 (pdf), it was said that a family-friendly event would take place on Saturday 10th November:

“John Harris (military advisor/liaison to the town council) reported that the arrangements for the Remembrance Day Parade 2017 had been successful, however in light of the weather conditions on the day, additional provisions will be required for 2018.

“He explained that the Royal British Legion (RBL) Bridgend Branch have decided to invite Secondary School age children to the Sunday parade and those under Secondary School age to the Saturday Service arranged for children and their families. He further added that a meeting of participants who represent the children will be organised to advise of the new plan and to engage with groups to attend the Saturday Service so that it is a positive experience for the young.”