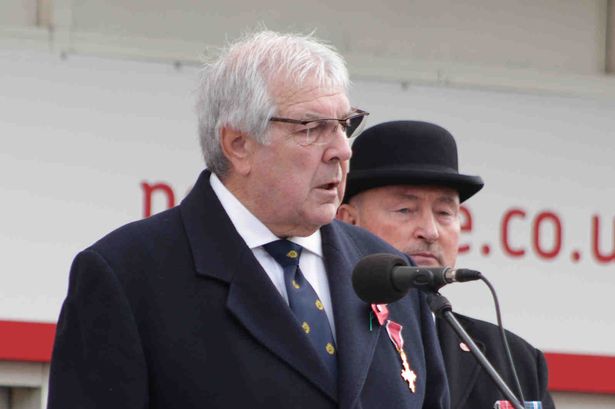 Cllr. Mel Nott (Lab, Sarn) recently announced his intention to stand down as Bridgend Council leader on October 5th and subsequently stand down as a councillor at next year’s local elections. He’s been in the role since 2008 and, at age 73, this wasn’t exactly a shock announcement – with some grumbles behind the scenes about his leadership (or perhaps a sense of fatigue).

All things considered, lasting eight years in the role as leader is no small feat even if his record is somewhat unspectacular. The biggest milestones under his leadership have probably been the leisure service agreement with Halo (which has broadly been successful), significant school modernisations like Coleg y Dderwen and the – slightly odd – close relationship BCBC has built up with the armed forces.

He’s led the council through arguably its most difficult period since it was established in 1996, particularly in terms of budget cuts; but there have been occasions where he’s been a bit too hands off – particularly the controversial job evaluation circa 2010-2012 and stop-start Porthcawl regeneration.

Mel’s also perhaps been a bit too tribal (particularly when responding to criticisms of the council in the press) and there’ve been occasions when the Welsh Government should’ve been criticised but weren’t – no doubt because of the close working relationship between BCBC and the First Minister.

The race will now be on to find a successor, though BCBC’s ruling Labour group should avoid the problems currently experienced by the UK party. AFAIK there are no signs of a serious Corbynite-New Labour split amongst councillors; members are a different matter.

I’ve got no idea of the rules, but it’s worth speculating on some of the councillors who might be in the frame to take over. Whoever does so would be leading Labour into what could be an unexpectedly tough election next May, but still one where they’ll remain overwhelming favourites.

Possible outsiders:
The way Bridgend Council and Labour operates, it’s unlikely anyone outside Labour will know what’s happening until the final decision itself. Of course, when there’s a shortlist, white smoke coming out of Council HQ or anything else along those those lines I’ll post an update.