I suppose I’m obliged to comment on Ford’s recent announcement they’re to scale back a future investment at their engine plant in Bridgend, which currently employs 1,850 people.

In September 2015, Ford announced Bridgend will manufacture a next-generation, fuel-efficient petrol engine – called “Dragon” – beating off competition from other plants in Spain, Germany and Romania.

The investment – backed by £14.7million of Welsh Government funding – was to total £181million, with work set to start on the engine from 2018. On Tuesday (6th September), Ford announced they were going to scale back the investment to £100million. The number of engines to be manufactured has also been halved from 250,000 to 125,000.

It’s reported only 550 workers will be needed for the new line compared to the projected 750. Those missing out will be redeployed elsewhere as the Bridgend plant (which includes a satellite unit for Jaguar Land Rover) makes several different engines and operates “flexibly” – though the Jaguar line is set to cease from 2018, just as the Dragon line starts.

That shouldn’t be a problem for the time being but it might, for example, limit the number of new apprenticeships – the Bridgend plant being one of the main providers in the area.

Ford have blamed “fluctuations in global powertrain demand” (English : the bits that move the car [axles, engine, exhaust, transmission]). There’s no mention of the B-word, but I come back to that later.

Unite – the main union representing workers at the plant – are worried this could be the start of a long-term “slow dismantling” of the Bridgend plant. I don’t blame them for thinking that way, but Bridgend is one of the best engine production plants in Europe and I’m confident it can adapt to changing conditions as it always has done; it’s survived worse news than this.

In terms of the political response, Economy & Infrastructure Secretary, Ken Skates (Lab, Clwyd South), has called for job security for the length of the Welsh Government’s investment (five years) and said this news emphasises the importance of maintaining access to the EU’s single market.

The First Minister is currently on a trade mission to the United States and although he won’t be visiting Detroit, he willbe visiting Chicago which is about 250 miles away. I would be astounded if he didn’t make some sort of representation to Ford while he’s out there (even if it’s only a conference call) considering this is directly affecting his own constituency.

Returning to the B-word, I don’t think this has anything to do with Brexit; the evidence isn’t there.

It would have caused uncertainty – and pretty much every big manufacturer favoured Remain – but a few months before the vote, in February, Ford announced they were looking to save £138million a year from its European operations. There’s simply far too much competition out there, with car-making becoming increasingly sophisticated around the world and perhaps Ford have been working at over-capacity, I don’t know.

It also won’t be the first or last time a major company has taken public funds only to fail to entirely live up to their end of the bargain.

So all of this is definitely a concern, but it’s nowhere near as bad as it sounds. To be honest – and maybe I’m being complacent and trusting my gut instinct too much – I’m not that worried. Despite that, things can change quickly and Ford “expecting” employee numbers to be the same as it is now isn’t the same as guaranteeing it, while Ford have a bit of a track record of not living up to its obligations (Visteon pensioners).

For the time being it’s best to be “on guard” rather than scream that the sky’s falling. It’s not a Port Talbot steelworks situation and, in any case, the investment is still going to happen and the engines will still be built – just not as many as first anticipated. 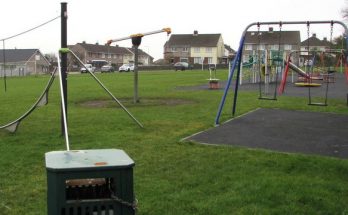