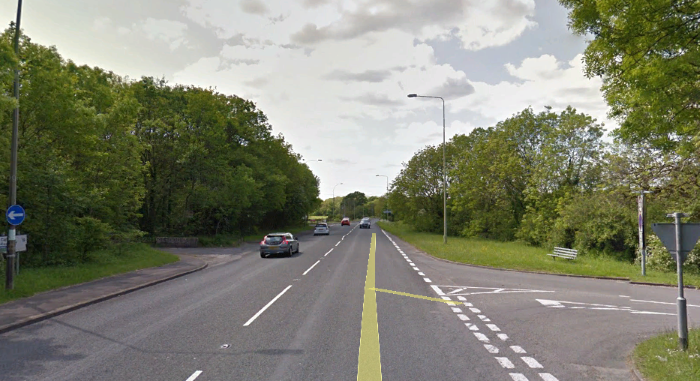 Time for a brief catch-up with some of the main stories and planning developments over the last few months in Bridgend – and early next week I’ll offer my thoughts on Mel Nott’s announcement that he’s standing down as Bridgend Council leader in October.

A48 safety improvement calls: Plans in the pipeline?

In July, 16 year old Rhys Rubery from Pencoed was hit by a motorbike when crossing the A48 Bridgend bypass (reportedly near the junction with Merthyr Mawr Road). The road was closed for several hours and, sadly, Rhys died as a result of his injuries while the bike rider was also hospitalised.

As far as I know South Wales Police are still investigating so I’m not going to speculate on the cause of the accident. It’s worth noting though that in the 1990s a Brynteg pupil was killed in similar circumstances in the same area (I remember they had a memorial tree for him in the upper school), and last December a driver was killed in a car crash, also nearby.

Immediately following the accident, a campaign headed up by Laleston Community Council’s Cllr. Ian Spiller (Lib Dem, Laleston & Bryntirion) calling for safety improvements along the stretch of road for pedestrians and cyclists grew in prominence, attracting attention and support from AMs. A petition has also been lodged with the Assembly.

The stretch of road is dangerous for a number of reasons; not necessarily for the number of accidents but because it’s out of kilter with the surrounding area – which has been extensively developed and outgrown the bypass. It means when there is an accident it’s usually very serious.

For starters, this section of the A48 is national speed limit (60mph). A cycle/footpath from Broadlands ends at Newbridge Fields and if you want to cross from the Bridgend side to get to Merthyr Mawr you can either: take your chances by crossing the road normally, use the arm of the Broadlands roundabout (which is out of the way but a bit safer) or you can use a dank subway in Newbridge Fields to connect to a public footpath.

There’s currently no footpath towards Ewenny Road and Brynteg school either, just a grass verge. The cruel irony is that the only footpath heading in that direction is on the “wrong” side of the road.

From my own anecdotal experience most people use the subway and that wouldn’t be so bad if it had properly maintained hard-standing footpaths either end and the floor were lowered; but in the summer months the nearby dipping bridge is popular with young people and runners use the lanes to get to the sand dunes all year round. If you’re impatient to get somewhere, you’re perhaps more likely to take risks.

The bypass isn’t an adopted trunk road so its upkeep is the responsibility of Bridgend Council (BCBC). It’s been reported in the Glamorgan Gazette that BCBC are seeking to carry out a safety audit.

There’s a long-standing desire to dual the A48 between Laleston and Waterton – which is unlikely to happen any time soon due to budget cuts, but would make it difficult to provide a safe crossing place at the bottom of Newbridge Fields. Nevertheless it would definitely improve safety for vehicles.

Another solution may be in the pipeline that hasn’t been mentioned elsewhere yet (as far as I know).

As part of plans for the development at Island Farm, developers have put forward a new junction which will include pedestrian crossings, complete a foot/cycle path along the A48 on the Brynteg side and provide a central reserve across Merthyr Mawr Road to prevent right turns – which is in line with what campaigners are calling for, but too late to prevent this tragedy.The sport village’s tennis centre has been granted planning permission but the access roads will need to be built first. Whether the sports village actually gets built is another matter.Bridgend’s Care Home Craze

Developments are being sought at the former Bryneithin Care home in Maesteg (Fieldbay), the former Maesteg Comprehensive lower school (Linc), next to Coleg y Dderwen (Linc) and North Lodge at Court Colman (Fieldbay).

There’ll easily be more than 100 bed spaces provided in total in what’s a significant expansion of Bridgend’s residential care sector.

The developments at the former Maesteg lower school and Coleg y Dderwen will include “extra care” (a glorified form of sheltered housing) flats similar to those at Llys Ton in Kenfig Hill, and both developments also include general housing, with the Maesteg lower site having bungalows and communal gardens.

The future of the former Coed Parc Reference Library, just of Park Street in Bridgend, has been up in the air for some time.The library moved to Ty Ardd off Sunnyside a few years ago as Coed Parc – a Grade II listed building – was outdated, rapidly deteriorating and increasingly unable to meet modern demands.Castell Homes – a commercial subsidiary of Cardiff-based housing association Wales & West – have submitted proposals for a redevelopment of the main building itself and its grounds.

The main building will be converted to two homes (with part demolition of an unlisted annex), while 13 homes will be built in the grounds, with access provided to 10 of those new homes from Walters Road. A vast majority of the trees in and around the grounds will be kept.

The proposals aren’t without controversy. At a public exhibition hosted by the developers, 18 of the 23 people who responded to a questionnaire objected. As the area is one of Bridgend’s more “well to do parts”, where people aren’t used to developments of this scale, that’s hardly surprising.

Having lain derelict for two years, the former Ogmore Constituency Labour Club (OCLP) in Bryntirion is set to be demolished and redeveloped.

On the surface this is relatively uncontroversial, but BCBC had an interest in the club as they held the freehold on the building. At the time, the sale was expected to raise somewhere in the region of £300,000 at auction, with the council leading the sales process for the site having reached an agreement to divide the proceeds between themselves and the leaseholder (Labour).

Cabinet members were granted special dispensation from the Standards Committee (pdf) to speak and vote on disposing of the site despite the conflict of interest – except Cllr. Huw David (Lab, Cefn Cribwr), who was a member of the OCLP’s management committee and left the room when it was discussed.

As a result, Labour cabinet members were allowed to vote in favour of a proposal to dispose of a property built upon publicly-owned land that could’ve raised a significant sum of money for their own party.

Normally, a landlord/freeholder (in this case BCBC) has to offer the leaseholder a chance to buy the freehold before selling a property. That didn’t happen, though I’m not sure if it extends to commercial properties or whether the agreement between the two parties nullifies such a requirement.

This probably sounds worse than it actually was, but the details were exempted at the time and remain exempted – it was also very difficult (but not impossible) to track down the minutes of the relevant meetings.