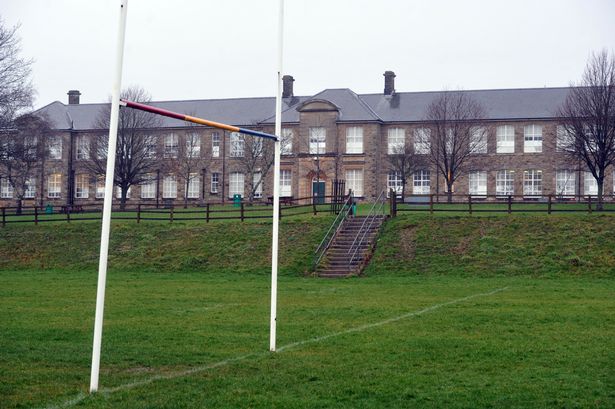 Bridgend’s councillors have been on their summer break, so there was a packed agenda waiting for them at the first cabinet and full council meetings of the autumn.

Seven Bridgend Schools in the Red

I start with reports on school finances in the county for 2014-15 – report (pdf) appendix with figures (pdf).

I’m no public accountant, and the minutiae of school budgets are very complicated, but the good news as far as I can tell is the vast majority of Bridgend’s schools are on a sound financial footing….and in a backhanded way that’s bad news for the schools, which held a total of just over £2.4million in reserves in 2014-15.

Why is it bad news? Under Welsh Government regulations, local authorities have the power to claw back budget surpluses  above £50,000 for primary schools, or above £100,000 for secondary and special schools.

18 schools reported budget surpluses above the statutory limits, meaning in 2014-15 BCBC could potentially claw back up to £836,000. Individual schools submit their own plans for how to use their budget surpluses and if approved they keep the money; but if the money were clawed back, BCBC say it would be re-invested in the schools budget for the following financial year.

BCBC have decided to to claw back £211,000 from an unnamed secondary school. The figures hint it would be Maesteg Comprehensive (though don’t take that as confirmation) because their surplus is the equivalent of 8.8% of their annual budget – the biggest surplus of any secondary school in the county.

Of course, not every school is going to run a surplus. They might have to deal with one off-costs such as damage to buildings, hiring extra staff, spikes in pupil numbers, upgrading IT equipment, cuts to grant funding etc.

Seven schools ran up a budget deficit in 2014-15;  5 primary schools (Coety, Cornelli, Garth, Porthcawl, St Robert’s RC) and 2 secondary schools (Brynteg and Pencoed). In fact, Coety, Cornelly and Garth Primaries have ran at a deficit for at least two years in a row.

The most worrying figures are at Bridgend’s largest secondary school, Brynteg Comprehensive, which ran up a £595,759 budget deficit in 2014-15, receiving £6.57million but spending £7.16million. Brynteg is, of course, both my own and Carwyn Jones’ alma mater.

There’s no blame here nor anything to really get worried about because there’s enough slack in the system to ensure schools get their money. However, it’s probably going to re-ignite the debate over whether schools should be funded through local authorities or directly by central government. Ultimately, the ability for councils to claw back funding keeps taxes down and protects budgets for all schools by providing some redistribution of funds, but it might prevent schools from making short-term investments free from council involvement.

This next bit includes a report, which by BCBC standards is quite sizable. You can read it here (pdf).

I’m not going to go into extensive details as I’ve covered this in some depth at least twice before, but if you want more info on how this policy has developed, you can read:

The shortest possible summary is that Bridgend Council are set to extend the boundaries for pupils to receive free school bus transport in line with national statutory minimums (2 miles for primary schools, 3 miles for secondary schools), propose scrapping free transport for over-16s (sixth formers and college students) and propose to re-tender existing school bus contracts.In this week’s report, officers say current funding for school transport is “financially unsustainable” and 55% higher than the baseline set by the Welsh Government. Current proposed changes will save BCBC £1.47million over the next three financial years.

76 people attended workshops at 7 schools as part of the consultation process at the tail end of 2014 but, sadly, apart from Ysgol Gyfun Llangynwyd and Archbishop McGrath School, attendances were woeful – nobody turned up for the Pencoed Comprehensive meeting and a combined 10 people attended the meetings for Porthcawl, Maesteg, Coleg y Dderwen and Bridgend College.

No community meeting was held at the school likely to be hit hardest by these proposals – Brynteg Comprehensive – as a significant number of pupils live between 2 and 3 miles from the school, particularly Brackla and Litchard. BCBC did, however, host a pupil engagement event.

Due to cited “technical difficulties” there was little involvement with Bridgend Youth Council either at the time, but they’ve since held meetings on the subject. Also, more than 700 surveys were completed – though more than 75% of them came from Archbishop McGrath.

Some of the concerns raised during this follow-up consultation were:

In concluding, officers recommended the cabinet:
Raven’s Court to be Leased?

This is something BCBC staff have already been told about and has been an open secret for several weeks if not months, but on the council agenda this week for the first time is a proposal to lease out the Raven’s Court offices next to the Brewery Field (pdf).

Raven’s Court was originally constructed as a speculative office development for the private sector and has been occupied by several companies, the most notable being Marketsafe.com – a Scandinavian-backed online marketing and business support company, who moved into the premises in 2004.

Unfortunately, the company hit hard times during the recession and relocated to a sister site in Caerphilly in 2008, with Pure Insurance taking over the lease. Pure Insurance went into liquidation in 2009 in acrimonious circumstances, leaving the offices vacant. BCBC and the Welsh Government stepped in to buy the site in 2010 and it’s currently home to BCBC’s human resources and property services departments.

BCBC are in the process of centralising their estates to the Civic Offices on Angel Street and Sunnyside House (the office next to Bridgend fire station). It’s believed leasing Raven’s Court would “assist regeneration and growth”, justified by an “increase in occupier confidence and optimism over the last 6 months”.

What this means for BCBC staff is increased home-working and increased “hot-desking” (multiple staff sharing one desk), with a provisional ratio set of 3 staff : 2 desks. I’m reliably told that overcrowding in the Civic Offices is uncomfortable during the summer and close to becoming a fire hazard, so adding extra bodies is probably going to make matters worse. Plus, it’s believed poor air conditioning in Raven’s Court may have contributed to relatively high levels of absence amongst staff working there.

There’s a dearth of high-quality office space in Bridgend so from an economic standpoint it’s a solid proposal – if BCBC can find a suitable tenant; though I doubt BCBC will have proposed this if they didn’t receive at least some interest in the site. Also, this proposal requires extra IT investment to enable staff to work remotely and flexibly so there’ll be an (unspecified) upfront cost.