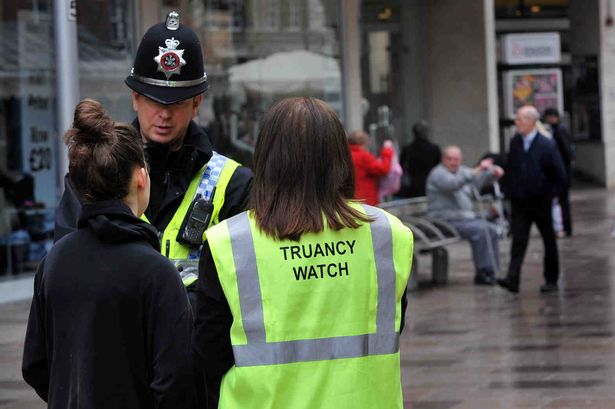 Here’s another round-up of some of the key items of the agenda of Bridgend Council’s cabinet and full council meetings this month – the last such meetings before councillors go on recess. Hopefully, when they return in September it’ll be accompanied by live streaming of council meetings….

Although AMs from all parties have reservations on the use of truancy fines (see also: Whipperines & Class Clowns), local authorities – who are responsible for school attendance – have had the power to issue them via Welsh Government regulations for a while.

The cabinet are expected to approve their use in Bridgend in line with their attendance policy (pdf). Attendance rates were 94.8% for primary schools and 93.9% for secondary schools in 2013-14 and has broadly headed in an upward trajectory over the last four years – though still fall short of the Welsh Government’s 95% target.

Parents and guardians commit an offence if their children are absent from school without good explanation (i.e. illness, religious holiday). Any absence which falls outside what a school defines as authorised absence (including persistent lateness and, in future, some term-time holidays) is called an unauthorised absence, or truancy.

A new code of conduct will be introduced (pdf) setting out when parents can be issued with fines. Circumstances where a fine may be issued include :

Fines will be issued by BCBC’s Education Welfare Service (EWS) at the request of headteachers, and the EWS will ensure the rules are applied consistently and in a manner which wouldn’t break down relationships between families and schools.

Also only one fine can be issued to a parent in each academic year, though an unlimited number of written warnings can be issued. Fines can also be withdrawn.

The fine will be £60 if paid within 28 days, rising to £120 if unpaid within 42 days. After that, the local authority will have the power to prosecute parents/guardians, which would lead to court and in the most serious circumstance a fine of up to £2,000.

Something due to be discussed at both cabinet and full council is a revision of Bridgend’s capital budget for 2015-16 to 2024-25 (pdf). This is for a number of reasons – some the result of extra cash for certain projects, others the result of projects slipping behind schedule.
In total about £9.7million has“slipped” in the current financial year alone. Some projects need cabinet and council approval before they can be included within the revised capital budget:
Homes Planned for Bridgend Football Ground Remnants
In mid-June, plans were submitted by Hafod Housing for a development of 49 homes of the last remnants of Bridgend (now Penybont) FC’s former home ground, Coychurch Road, next to Jubilee Crescent and near Bridgend College.

The ground was sold circa 2006 to make way for an upgraded link road between Cowbridge Road and Tremains Road. This allowed the development of the ASDA superstore and created a “box”/ring road around Bridgend town centre itself. In its wake, it left a triangular-shaped piece of scrub land which has since been colonised by wildflowers.

There were rumours Bridgend College were looking to develop the site as an engineering academy, but they’re currently in financial trouble and there are suggestions Bridgend College might merge with a larger institution in the medium-term – any expansion plans will have to be put on the backburner.

You’ve got to presume that because of the developer these will be mainly affordable housing, possibly social housing. The development will be served directly off Coychurch Road and won’t have any connection to Jubilee Crescent.

Following my last post on this (Bridgend: Buses, Babies, Bro Ogwr & Bikes), BCBC have launched a second survey on active travel (walking & cycling for reasons other than leisure) routes, as required of them under the Active Travel Act 2013.

This survey focuses on existing routes – 11 in total. The aim of the survey is to gather views on which routes are popular, and which routes people would like to see developed further, so BCBC can submit a map of existing active travel routes to the Welsh Government for approval.

The survey only includes routes that are currently deemed suitable for active travel, as well as those routes that fall short of the design standards set out by the Welsh Government, but could easily be improved.