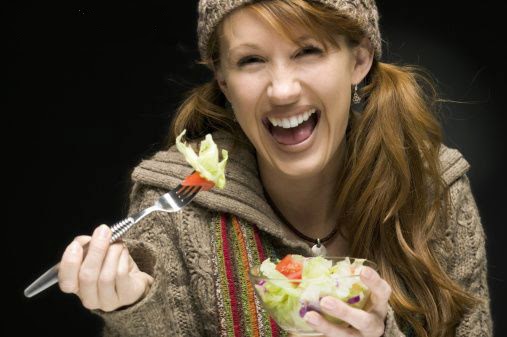 The publicity-phobic Lib Dem Assembly Member for Ŷ, Proctalgia Fugax, has passed away following a suspected strangulated anus. She was 50.

In their statement, the Welsh Liberal Democrats said they were saddened by the loss of their dear colleague, but confidential sources told Oggy Bloggy Ogwr she was a pain in the arse.

Proctalgia leaves behind a husband broken by years of her incessant giggling at salad, an estranged son – who also appears in photos as her great-grandfather – and what’s believed to be Wales’ largest collection of gonks. At least seven applications to fill her seat were submitted within 15 minutes of rigor mortis.

“We knew she had a problem taking her work home with her,” an anonymous Welsh Lib Dem source said. “It started with stationary, and I’m sure everyone noticed her increasingly crab-like gait when she entered the Senedd chamber. Then it moved on to small pieces of office furniture, prompting a high-level investigation because the Assembly Commission were running up a suspiciously large tab at Staples.

“When we found out she disguised herself as the Cardiff Bay tunnel, we had no option but to give her a private formal reprimand. It turns out she was shortlisted to host the 2015 Welsh Lib Dem conference and was trying to see if she could accommodate a comprehensive park and ride system.

“You can’t imagine that level of indignity, can you? You can’t picture bus loads of Lib Dems, speeding towards their doom like at the start of the video for Dire Straights’ ‘Money for Nothing’, singing in a falsetto ‘I want my STV!'”

They puff their chest out and stick their chin in the air, “We’re a party of government now.”

Flags were lowered to half-mast on the Assembly estate, as shocked colleagues made their way in to work.

Their mood brightened when they saw that Smiling Starfish – a Cwm Gwyntog based charity dedicated to all things lower bowel – were begging AMs to sign a massive bit of cardboard and have a photo taken.

The co-founders are two very nice and unassuming people; Louise Schtuls – who lost her brother in a bumming accident – and retired colorectal surgeon Mr. Phil McCrachan. They’re about to be dumped on from a great height. That’s because simultaneously, the Welsh Government and local health boards were meeting for private discussions about 99% cuts to the NHS proctology budget.

Without the money to actually do anything, Smiling Starfish have taken the next best course of action: “raising awareness”.

“We’re growing very worried about the increasing popularity of so-called ‘reverse chipmunking’ amongst the youth,” Phil said. “We believe the relentless focus on it in the media might’ve contributed to the sad news about Proctalgia. They think it’s fashionable because they’ve seen celebrities like Nicki Minaj and Iggy Azalea do it.

“They won’t think it’s so trendy when they’re walking down a street, and a satellite begins a geostationary orbit of their rear end, trying to map surface features and look for signs of life.”

One of the first AMs to come over was former cymronaut, Sillius Soddus (Con, Aberchddll Left No Right A Bit). He said, “I fully endorse this event and-slash-or campaign. Hopefully, for just a minute or two, instead of coming across as a soul-crushed automaton rendered gormless by a 60-hour working week….” he makes a Gareth Bale-style heart symbol with his hands and smiles, “….I care!”

To reach the internet generation, Smiling Starfish’s campaign has encouraged young people to video themselves cupping their farts in glasses and pouring them over their head in order to get more Facebook likes. Five people – who really should’ve been exposed at birth – managed to critically injure themselves doing this.

It’s unfortunate that the only place cynical enough to criticise (and send death threats to) people doing silly things to raise awareness of, and funds for treating, life-threatening diseases happens to be the internet too.

A senior anonymous Welsh Government source, which may or may not have been Mark Drakeford speaking through a balaclava, announced the launch of Safer Exits – a £425,000 Welsh Government initiative designed to facilitate teaching at-risk schoolchildren the importance of sustainable ano-rectal care.

“As a Welsh Government, we’ve been telling Assembly Members ‘up my arse and turn left’ in response to their questions for fifteen years, we just put in more polite terms. I never thought they’d take it literally….I swear that a bus load of Lib Dems tried to run me over the other day.

“I don’t mean to speak ill of the dead, but when it reached the point of rush hour traffic getting involved, you’re on the road to rectal ruin. That’s the sort of thing we are attempting to raise awareness of through Safer Exits.

“We’re also actively considering legislation to ban breaking wind in public, or ‘Ban the Bum’ as the Western Mail are calling it. We have no scientific evidence to support this position. But just as we all have working digestive systems, we have noses too.

“The public are dogs that need to be brought to heel. We’ll display our contempt for them by teaching them – in ways that won’t worry their pretty little heads – how to use air more sustainably, to our satisfaction.”

I asked parents outside Pen Ôl Community Primary School in Smiling Starfish’s backyard of Cwm Gwyntog what they thought.

“Don’t blame-a parents!” a mother said. “Can’t watch ’em all-a time, can I!? As soon as they put summing in their ‘and it goes straight up the arse. Someone responsible should learn ’em that it’s not right….LIAM!” She’s distracted by something in the distance, “STOP NICKING THAT CAR! I F**KING TOLD YOU NOW ALREADY NOW TODAY NOW!”

The reaction from opposition parties was swift. Plaid Cymru released a statement on their website:

Plaid Cymru The Party of Wales is committed to nothing less than a radical transformation of colonic health and well-being, after decades of being let down by London Westminster parties and a failing Welsh Labour government.

Plaid Cymru The Party of Wales believes Welsh anuses deserve to be the most sovereignly self-governing and home-rulingly interdependent in Europe. The Party of Wales is once again leading the way with the launch of our groundbreaking discussion paper Plugging the Hole : The Future Of Our Marmite Motorway.

The Party of Wales is today pressing for an urgent amendment to the Wales Bill. It demands the immediate devolution of the sigmoid colon and rectum, and sets in motion future sovereignty over the rest of the large intestine and appendix once a fair funding formula is in place, and at a pace all of the people of Wales will decide themselves (subject to final approval from the Plaid Cymru NEC, Assembly and Westminster groups).

The Welsh Conservatives repeated calls for a ring-fenced £6million “Bum Fund” to provide extra resources in these financially-straightened times.

They say they’ll pay for it by turning off all lights at the Senedd; staff and AMs tattooing notes on their skin instead of using paper; and requiring all Assembly workers and visitors to bring their own packed lunches, which will be inspected upon arrival. Anything that looks remotely appetising will be confiscated and replaced with a packet of crushed Ryvita and uncooked rice.

Leader of the Opposition, Andrew RT Davies, said tactfully, “THIS IS YET ANOTHER EXAMPLE OF LAZY LABOUR SITTING ON THEIR BACKSIDES AS THE NATION’S BACKSIDES GO TO RUIN! THIS FAILING WELSH GOVERNMENT ARE LIKE A PACK OF FERAL SOCIALIST MUTTS TEARING CHUNKS OUT OF A RINGY MEATY TREAT!

“LET’S DELIVER A FIST TO WASTE! IT’S TIME TO TOSS THEIR FANCY SALADS!

A Serious Business Party space monkey explained their policy is an immediate in-out referendum on public health care, replacing it with sustainable death.

They say their no-nonsense, common sense message is gaining traction on the doorstep, as they attempt to win an uncontested seat on Llananwsegr Community Council by tasering people in the head until their mouths foam.

“Let’s get real, living is over-rated”, they said. “We’re very concerned about over-population, it’s just not the PC thing amongst the metropolitan elite to say. We should celebrate a non-birthday for each abortion and disease – doubly so if it involves turning an everyday rectum into the Tardis.”

They were drowned out by a cacophony of approaching sirens.

There were dramatic late developments. Following a hastily-arranged meeting with the Health Minister, Smiling Starfish entered into a Third Sector partnership agreement, which means the Welsh Government will wash their hands of any and all responsibilities. Lou Schtuls was subsequently appointed the first Safer Exits Senior Project Liason Co-ordinator.

“Every time I close my eyes, I see some acne-ridden 14 year old with a ‘Tintin’ haircut sitting at the back of the class with his chimp-like friends, gurning their way through one of my meticulously-planned lessons.

“If it wasn’t for the Welsh Government – plus the steadfast support and concerned facial expressions of AMs – they would end up finding out about the dreaded pink sock from the internet!”