As a result of the Andrews report into standards of care at Abertawe Bro Morgannwg Local Health Board (Abertawe Bro Morgannwg: Trusted to Care?), Health Minister, Mark Drakeford (Lab, Cardiff West), ordered a series of unannounced “spot checks” at all Welsh general hospitals, which took place over June and July this year.

I thought it was worth looking at the national report in a bit more detail, though individual hospitals were also issued with their own reports.

The Good News
The Bad News
The Verdict on the Princess of Wales Hospital (pdf) This was one of the main hospitals under the spotlight, so it’s worth taking a closer look at what the spot checks found in Bridgend. The team visited four wards at different times of the day: Ward 5 (Respiratory), Ward 6 (Gastroenterology), Ward 19 (Elderly Care) and the Acute Medical Unit.

Bad
Spot Checking the Spot Checks Although today’s Daily Mail headline (above) will have put the cat amongst the pigeons, all of us who’ve followed Welsh politics and our domestic press closely will realise it’s a recycling of old stories, neatly re-packaged for an English audience with next May in mind.The Welsh Government have issued a rebuttal which flagged up a number of inaccuracies, but this is the Daily Mail we’re talking about. The damage has been done. It’s not as if they’ll roll over like the Western Mail or BBC Wales would.I don’t think the results of the spot checks paint as rosy a picture as the (Welsh) headlines are suggesting or the Welsh Government will inevitably claim. I still get comments on old posts, and occasional emails, flagging up concerns at the Princess of Wales Hospital – but the situation clearly isn’t as bad as it was.

The Welsh Conservatives and AMBU Support Group are again calling for a full public inquiry – recently joined by the British Medical Association (BMA) – and I don’t expect those calls to go away just because of this one review. The First Minister has, unsurprisingly, dismissed those calls.

Carwyn won’t be able to do that forever. Although I still believe a full inquiry is unnecessary at present, as I said in my post on the original report , we’re only one big tragedy or scandal away from it.

If the contents of the report are correct, then we’re halfway towards a full resolution of the problems highlighted in Trusted to Care, which means there’s still a lot of work to do, especially on medicines management and the NHS complaints system. Considering the former’s one of the main functions of a health service, it’s disappointing lessons there haven’t been learnt quickly enough. The evidence presented in the spot check report hints that medicines management is too bureaucratic.

The spot checks should be a continuing process. We’ll only know what the situation’s really like through winter when demands and pressures on staff will peak. 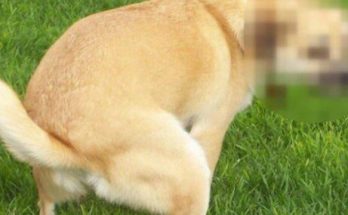