Holding off stiff competition, Bridgend county has won the right to host one of the world’s biggest dog festivals by promising an all-inclusive extravaganza of sport, culture and world-beating selfishness.

Bridgend’s bid for the 2020 World Dog Fouling Championships – sponsored by Facebook, Google, Twitter and Gazprom – has been fully supported by the UK Institute d’Proctosportif. Their patron Armitage Shanks – the Pied Piper of Poop – will lead the ceremonial dogshit sandwich on a tour around the UK:

“When you’ve let your dogs shit on someone else’s doorstep for generations and haven’t made an effort to clean it up, you should expect payback.

“That’s why we’re taking this massive dogshit sandwich from the provinces. True, the people carrying it will have to eat it. But it gives them the chance to see condescending metropolitan elites – who like to tell people what to do and what to think – hold their noses and complain about the smell, because something really nasty directly impacts them for a change. Not the estate a few streets away, not people living in backwater towns they’ve never heard of, not people featuring in photo essays on The Guardian website.

“That’s why all the people taking part will happily eat the dogshit sandwich. It doesn’t matter what it tastes like, they’ll say it’s delicious because they’ve poked the eyes of people I keep telling them have ruined the country – whether they actually have or not is beside the point. When things inevitably calm down, they’ve stopped vomiting and the parasites get to work in their bowels, they’ll say eating it was the best decision they’ve ever made and we should do it again.

“All it takes is a broken country and a broken system. Before long, we’ve abolished Wales, started cutting off the right hands of anyone offending the monarch and Question Time is asking whether politicians and journalists are traitors. That’s the power of dogshit – and it’s coming to your town!”
– Armitage Shanks, UK Institute d’Proctosportif

The sporting competition will feature trophy events across the heavyweight, middleweight and “not a proper dog” categories including largest volume, the 100m scoot, most creative indented shoe pattern, strongest stench, slowest rot and most creative diversion from a bin – also known as the “shit-put”.

Public art installations will be placed throughout the county, with people encouraged to put their best foot forward and spread the message far and wide. Celebrity guest and eight times winner for largest volume – Mr Giggles Flaxly-Lennox (aka. Doggy Bagginson) – will also be available for petting by small (preferably white) children.

The main stage in Dunraven Place will host a concert headlined by local grindcore band, Rectal Thermometer, who will burp songs from their latest album, including crowd-deafening favourites: “Walking In The Dark To Work (New Daps Covered In Shit)”, “Your Dog Should Be Run Over, Burned And Eaten….Then You Should Too” and “I Spent My Weekend Collecting All Of The Dogshit I Could Find So I Can Arrange It In A Swastika On Your Grave You F**king C**t (The Nazi Bluebottle Song)”.

“The World Dog Fouling Championships was supposed to be an edgy ironic handclap; a bit like getting an ironic 1930s undercut and calling blacks, LGBTs and other minorities degenerates, ironically “calling out” global vaccine, Jewish and Muslim conspiracies or ironically sending abuse to women because they had the nerve to have an opinion. But we’ve got trophies, patrons with disproportionate levels of publicity and a whole travelling circus now.

“The amount of dogshit produced each year is incredible, but I worry people have gotten used to the smell. They no longer care if it’s spread all over their neighbourhood and some might have even grown to like it. We’ve just gone along with it because we didn’t know what else to do. Now, what was one intolerable is tolerated – even becoming fashionable and celebrated.

“It has to be cleaned up and in the end all dog owners get the blame – not just the ones who let their dogs shit everywhere: ‘This Shame: Your Fault!’

“If large numbers of people are unwilling to make a minor lifestyle change – such as cleaning up dogshit – what do you think will happen when they’re told they have to make more moderate lifestyle changes? To deal with climate change, for example, or to accommodate roving groups of unemployable former football hooligans jumping out of the back of vans with a noose, hammering on their front door and shouting through the letterbox that they’re traitors?” 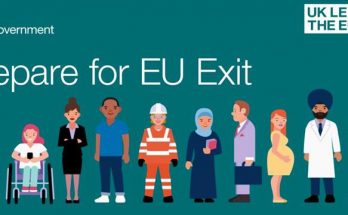