Winning a constituency your party has failed to win for a generation ought to be the highlight of anyone’s political career. But I doubt there’s ever been a more dramatic turnaround in fortunes so soon after a maiden general election win than that of Bridgend’s recently-elected Conservative MP, Dr Jamie Wallis.

Pencoed-based data recovery company, Fields Group – and the myriad of other companies he’s reportedly been involved or indirectly associated with – recently made the headlines. The most high-profile examples were a website promoting sugar daddies – for all intents and purposes a euphemism for a form of prostitution – and an FOI request about Fields Group and associated companies’ previously very close “working relationship” with Bridgend trading standards (xls). More recently, the working conditions of an outsourced company in Thailand made the news.

Large parts of this were known before the election. Days before the poll, it was revealed he has been expelled from Pencoed Town Council for non-attendance (though he claims he had resigned in writing, but this was ignored), while a blog listing a number of claims about his business history was doing the rounds on social media.

In the end, none of it made any difference to the result because I suspect people weren’t looking at the background or track record of the person they were voting for, more the colour of their rosette.

There are two things to consider here.

Firstly, has he done anything illegal in a criminal sense? The answer there is probably no. Outsourcing is a legitimate (if controversial) business practice, there’s nothing illegal about running a “dating website” and being investigated by trading standards isn’t an offence either – though some trading standards offences are criminal offences.

That said, this does say a lot about his character and sense of both professional integrity and ethics. Questioning those things – when it comes to an elected representative – isn’t out of bounds at all and something in the age of populism we’ve all seemingly forgotten to do. These revelations ought to serve as massive red flags and often have a habit of coming back to haunt anyone seeking the public spotlight.

It’s not the fault of the media that this wasn’t picked up properly before the election. It’s the fault of the Conservatives for not properly vetting prospective candidates – something most parties are guilty of, to be fair.

The worst thing Jamie Wallis has done in all this, politically, was misleading the press. He’s just put a dartboard – something Bridgend is famous for – on his back for the next five years with Labour MPs and journalists lining up at the oche.

So, what happens next?

The window to make any sort of serious public apology or statement has passed, so he’s blown that already. Threatening the press and Bridgend Council with legal action – unless he’s 100% confident he can win – isn’t a smart move either.

He could resign and stand again with this information in the public domain – but this soon after the election the chances of that happening are incredibly slim to say the least.

A recall petition can’t be triggered either because it’s dependent on an MP being imprisoned for a year or more, being suspended by the House of Commons for 10-14+ days or providing a false expenses claim.

There’s the outside chance that a standards investigation could be triggered (though that would be very hard to justify as most of the stories relate to his life before being an MP) and, unless Jamie Wallis has done something incredibly stupid with expenses this soon into the term, that’s probably the only pathway to trigger a recall.

Even if a recall petition were launched, 10% of the electorate in the Bridgend constituency – about 6,100 people – would have to sign it in person (not online) to trigger a by-election.

This is a really, really big year for Bridgend – namely due to the phased closure of the Ford engine plant – and the last thing we need is an MP in the headlines for all the wrong reasons.

If the local Conservative branch has any doubts whatsoever as to whether Jamie Wallis is up to the job, then they have to consider the long-term damage having a weakened MP this soon into a parliamentary term – at the worst possible time for his constituents – will do. 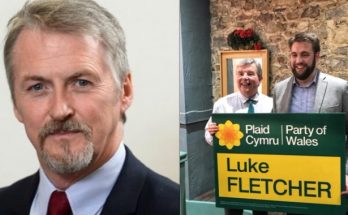