Mayors are largely a ceremonial position, but some people take it very seriously and Bridgend Town Council are no exception.

So far, so uncontroversial.

However, the Labour group on the council have argued that the Independents have gone against convention by blocking the previous year’s Deputy Mayor – Cllr. Angela Morelli (Oldcastle) – from taking over as Mayor this year. A Labour councillor has also complained that there’s nothing in council’s standing orders allowing secret ballots – despite the council, by convention, undertaking secret ballots on request when proposed and seconded.

As a result, all decisions made at the AGM have been challenged and the vote for the Mayor and Deputy Mayor will be re-run via a “show of hands” tomorrow (4th June 2019) (pdf).

My personal opinion is that as few votes as possible on a public body should be held by secret ballot unless it’s politically sensitive (i.e to appoint someone to a senior position -Committee chairs and alike). However, to be frank I doubt many people outside the town council actually care who the Mayor is and whether this fresh vote will result in a different outcome and isn’t just a waste of everybody’s time – we’ll find out tomorrow.

Cllr. Stirman is quoted in the Gazette as saying that the decision by BCBC to withdraw all bus subsidies – which is to be challenged by a BCBC Scrutiny Committee tomorrow – was a key factor in her decision, adding that she believes the Independents aren’t strong enough to scrutinise BCBC.

Politically, this doesn’t change the balance on the council to any great extent, but Plaid Cymru now has the most councillors they’ve ever had on Bridgend Council since it was founded in 1996 and are likely to secure additional committee places as a result. 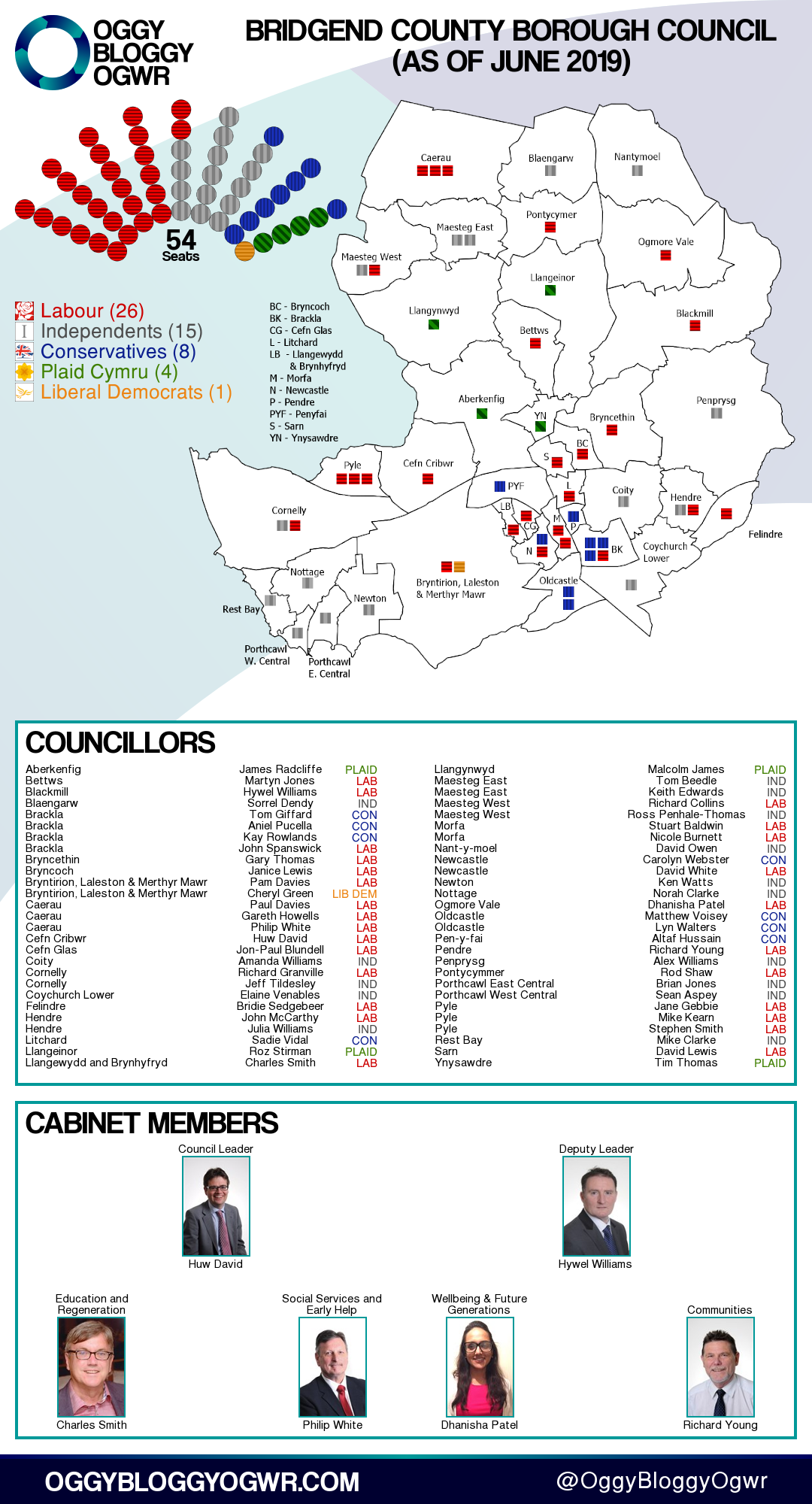