UPDATE: Confirmation from the Gazette’s Elizabeth Bradfield that BCBC’s Cabinet have decided to withdraw all remaining bus subsidies. More here.

Bridgend Council’s Cabinet is set to make a decision later today on the future of subsidised bus services in the county (pdf). The next round of cuts, earmarked to save £148,000, will effectively remove all subsidies for scheduled bus services – as reported last September.

The affected services are: 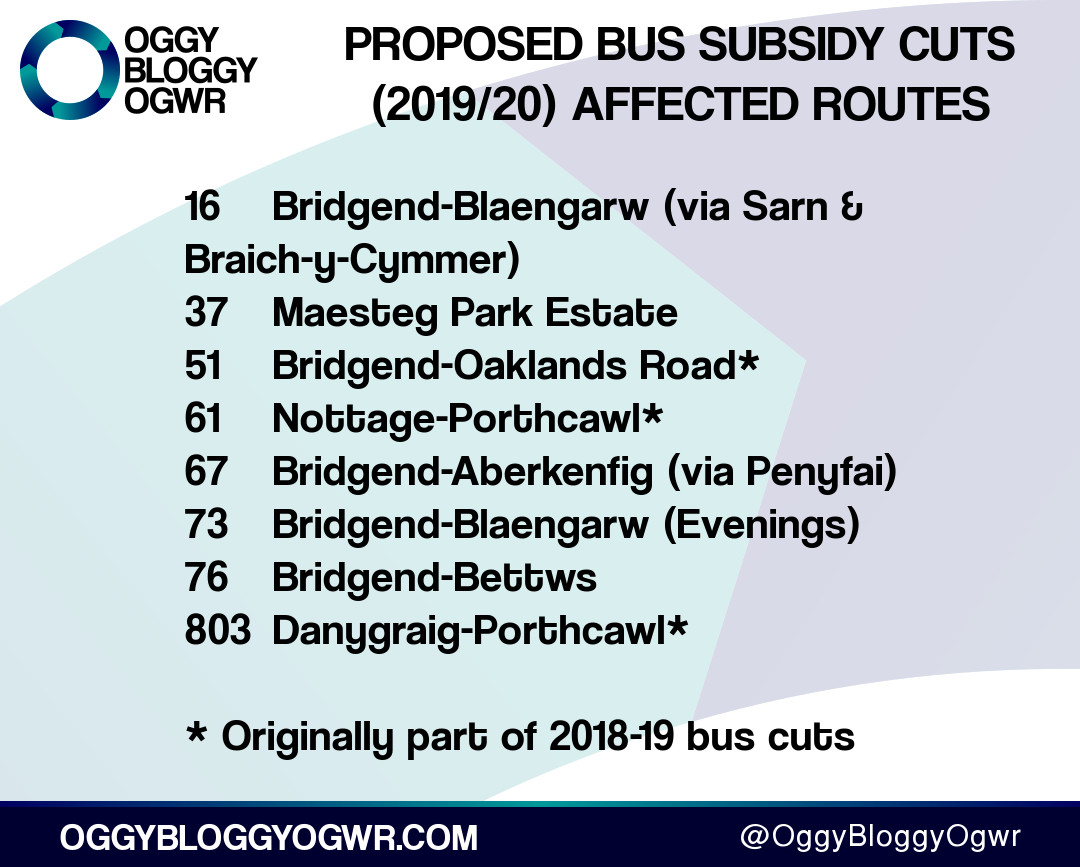 A public consultation revealed that a conclusive majority of people who responded (68%) were against the cuts, with even stronger opposition amongst the over-55s (73%) and the disabled (72%). This was also despite a majority of people (66%) living in a household with access to a car.

Officers don’t make any recommendation and the decision appears to be left to Cabinet members. As mentioned, the withdrawal of subsidies will save BCBC £148,000, but it’s also expected to have a additional knock-on impact on Bridgend Bus Station of up to £4,000 a year (due to reduced departure fees).

If the Cabinet decides against cutting the subsidies, the £148,000 will have to be found elsewhere.

Of course, a subsidy withdrawal doesn’t necessarily mean bus services will be withdrawn. Commercial bus companies may continue to operate services by taking alternative measures to cut running costs such as changing routes or service frequency/times.