If you’ve read the Glamorgan Gazette or Wales Online recently you could be forgiven for thinking Bridgend is some sort of post-apocalyptic wasteland. Whether it’s yet another story on the decline of the town centre (which seemingly hasn’t done down well with traders), ongoing problems with rubbish collections in Wildmill or the possibility of a mass redundancy at the Ford engine plant.

Misery makes headlines, but there are often more positive stories that go under the radar.

In the case of Wildmill, two applications have been submitted to bring two eyesore plots back into use – both by the same applicant.

First of all, an application has been made to enable work to continue on the five derelict houses at the former boiler house in order to make them fit and ready to be occupied. 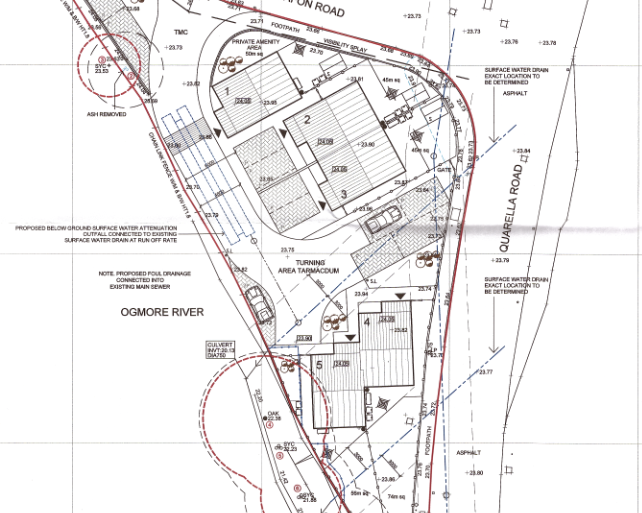 Secondly, a fresh application has been submitted to build five two-bedroom affordable homes at the former petrol station, with access off Heol-yr-Afon.

While it would be right next to the River Ogmore, the flood risk assessment (pdf) says the flood barriers would protect it from all but the most extreme floods. However, there has been an objection (pdf) from BCBC’s highways engineer which will be lifted as and when the developer gets an all clear from Natural Resources Wales to build in a flood risk area.