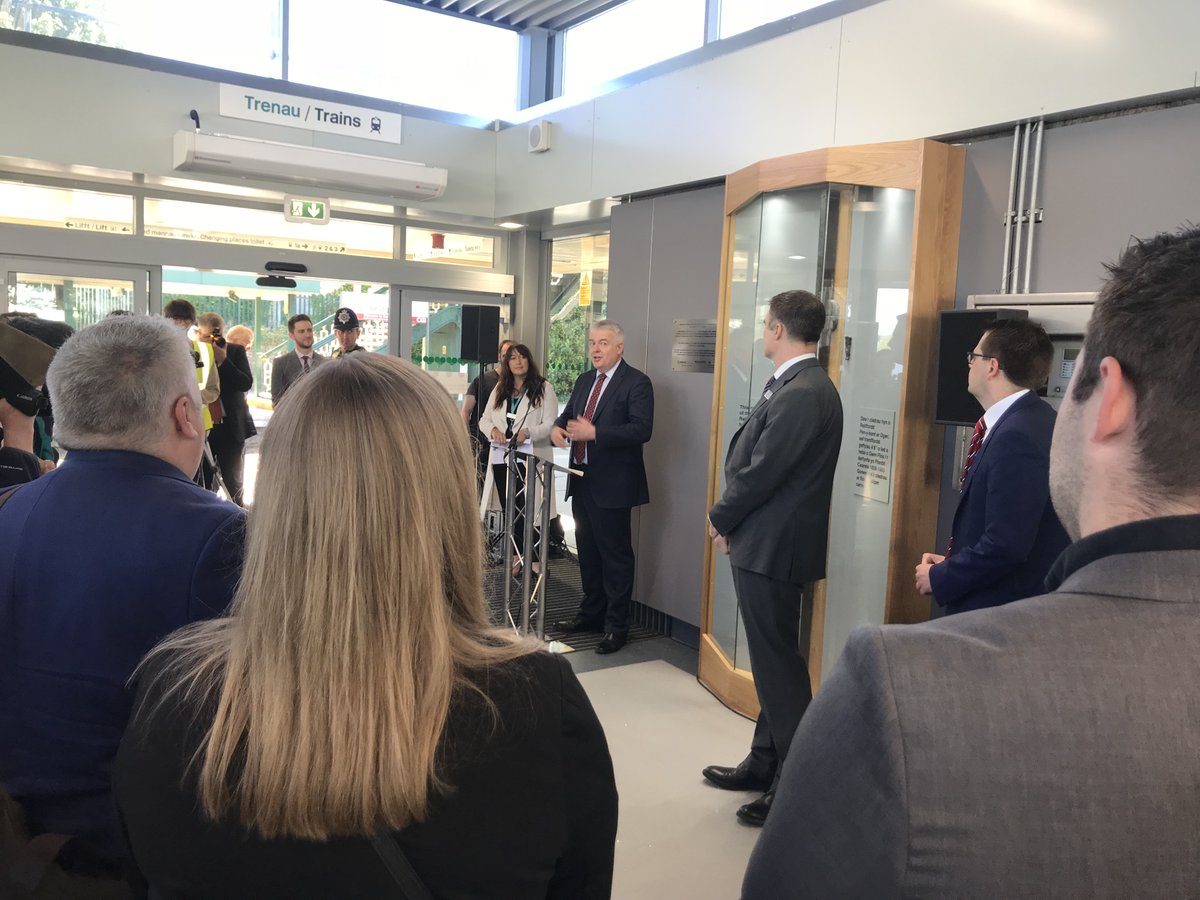 A few weeks ago, the £1million revamp of Bridgend railway station was completed, followed by an official opening by the First Minister.

I went into more detail when the plans were first announced in 2017. In short, the improvements include upgraded toilets and disabled facilities (a “Changing Places” room), a new information pod and a modernisation of the ticket office and concourse on platform 1.

This is all welcome, but as Bridgend is reportedly the 5th busiest station in Wales – with around 1.5million passengers using it every year – it only has to be the start of a process to create a gateway to the town that we can all be proud of. We need to remember it’s probably the first and last thing many visitors to the area see and experience.

The next question – in light of the Wales & Borders rail franchise switching to a new operator in the autumn is, “What else needs to be done?”

The NCP-run car park at the station is a bit of a joke – but that’s nobody’s fault.

It’s far too small for the number of passengers despite there being alternative car parks within walking distance. If the government wants to encourage people out of their cars and onto public transport for at least part of their journey (aka. “modal shift”), then more spaces need to be provided.

It will be impossible to redevelop the existing car park due to the lack of space. Alternatives could include expanding Tremains Road or the Brackla Street surface car parks (as multi-storeys if technically possible).

This may go some way to solve the longer-term problem of town centre visitors and workers parking in residential streets near the town centre, while the existing car park can be partly redeveloped to provide a proper taxi rank and extra disabled spaces.

You used to be able to enter (some might say “sneak” into) the station from Ogmore Terrace, but due to concerns over fare-dodging and the introduction of ticket barriers in the ticket hall that gate is now shut. If you live east of the station (Brackla in particular) it’s a faff to have to go all the way through town, and effectively past the station, instead of entering via the east.

The case for an eastern entrance would be stronger if car parking facilities on Tremains Road were improved (as mentioned above). It doesn’t even have to be that fancy, just a covered ticket machine/machines and ticket barriers.

An extra shelter has been built on platform 2, but there’s still a problem (during peak times and during rain) of people crowding around doors which are under shelter instead of using the whole length of the train.

Extending canopies to cover more open platform may come into conflict with listed building status, but I’m sure it can be done sympathetically.

The cycle racks on one of the platforms appear to be well-used, perhaps too well-used. Council Leader, Cllr. Huw David (Lab, Cefn Cribwr) has said that Arriva (and presumably the new rail franchisee, Keolis-Amey) will be looking to improve facilities.

There’ve been calls nationally for greater integration between public transport and both walking and cycling, and the railway station would be a good place to develop a cycling centre for the town due to its central location. This could be done by extending the station building to include showers, secure cycle parking and/or a cycle hire scheme and tourist information centre. Maybe something can be done with the empty buildings around the station, I don’t know.

This has been long talked about and I’ve covered it before.

In short, there’ve been plans since as long ago as 2002-2003 to build a bus/taxi lane and footpaths linking Station Hill to Brackla Street (running directly alongside the telephone exchange through the former Lorne Stewart offices). Around £2.1million of EU and Welsh Government funding was secured for the project between 2012-2015 and part of the land was used as a temporary car park for BCBC staff when the Rhiw was reconstructed.

However, nothing’s happened yet. This is supposedly due to land ownership issues with Network Rail who believe it may have interfered with electrification works. Seeing as electrification has been cancelled, it may be revisited.

By providing a direct route from the Bus Station to the railway station and through to Brackla Street, this will enable….

A fixed link between Porthcawl and Bridgend is included as part of the South Wales Metro project, and it’s likely to be an enhanced bus link (instead of a rail link). It would, therefore, make sense for it to start/finish at the railway station.

Existing bus services from the Garw and Ogmore valleys (which aren’t connected to the rail network) could also stop there on the way to/from the bus station.