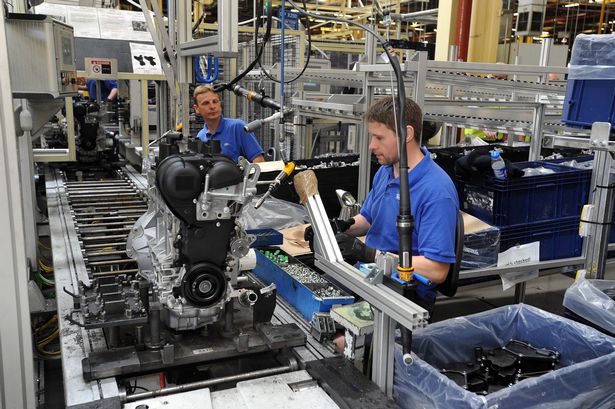 As promised, I return to the report earlier this week on the current and future state of Bridgend’s economy. Tomorrow I’m going to have another report on how town centre regeneration is progressing.

The economy report was discussed by a Scrutiny Committee on Wednesday and that meeting was webcast. You can watch it here. The relevant part starts around 30 minutes in and lasts for just over an hour. Don’t thank me all at once.

I’m not going to repeat points made in the report itself, just cover information and questions councillors and officers added to the report.

Cabinet Member for Education & Regeneration, Cllr. Charles Smith (Lab, Llangewydd & Brynhyfred) said the economic development team provided “bang for buck” by being a relatively small cost but having a big impact. He also confirmed BCBC has taken control of the Salt Lake site in Porthcawl and were actively rethinking and replanning it.

Starting off, Cllr. Sorrel Dendy (Ind, Blaengarw) focused on vacancies at Bridgend Market, said to be due to high costs; what was being done with regards rent there and for other council-controlled retail properties?

Head of Regeneration, Satwant Pryce, said rent was only one cost and business don’t rise or fall based on that alone – it’s just as much about responding to changes in retail patterns, marketing and market research. BCBC were simplifying their rent scheme and were working to promote the market more.

Cllr. Smith highlighted a Market Recovery Plan in consultation with traders, while external agents leasing the stalls being paid by results.

Cllr. Martyn Jones (Lab, Bettws) wondered whether the report and its findings could develop into a county-wide Prosperity Plan? To which he was told that the Cardiff City Region was already leading plans there.

Both Cllr. Jane Gebbie (Lab, Pyle) and Cllr. Cheryl Green (Lib Dem, Bryntirion Laleston & Merthyr Mawr) asked questions on how regional funding will work after Brexit, particularly any details on how/if it will be replaced?

An officer told councillors there wasn’t any “absolute certainty” or clarity from the Welsh Government; it was still very much a work in progress.

BCBC’s Communities Director, Mark Shephard, told him that any predictions were premature because it was still at a consultation stage. The Cabinet will make any decisions based on the consultation findings so he encouraged people to take part.

Cllr. Green asked a second question on the long-listing of Brocastle as a possible Heathrow Logistics Hub. What work was being done to get it shortlisted and were the plans realistic?

Satwant Pryce told her that Brocastle was one of only 4/5 long-listed sites in Wales and 60+ around the UK. It has particular strengths due to the transport links and amount of land available. Site visits are due to take place soon and information will be provided that puts Bridgend’s bid “in the best possible light”.

Another guest speaker said the odds were “good” due to the skill set in the area and rail link – which would be a huge selling point to move pre-assembled parts to London. Mark Shephard wants to make it the “preferred site in Wales”.

Temporary Chair, Cllr. Mike Clarke (Ind, Rest Bay), asked a question on the resources available for tourism promotion as it was a major cause for concern.

Cllr. Smith said a lot of institutional knowledge relating to tourism had been lost. However, BCBC is being ambitious – hosting The Open in Porthcawl is still on the agenda and he felt Bridgend was a “sleeping giant” in terms of tourism due to the variety available from the mountains down to the sea.

Cllr. David White asked a second question on the impact of delays to the Swansea Tidal Lagoon project and cancellation of rail electrification between Cardiff and Swansea.

Satwant Pryce said that as the lagoon is “Swansea’s project” BCBC’s involvement is minimal and major developments like that can have both positives and negatives.

Cllr. Smith recommended the council host a presentation on the project as it would be a project “of global significance”; he also “despaired” at the decision to cancel electrification, doing what he could to get it back on the agenda and ensure Bridgend was an integral part of the proposed Metro.

Finally, Cllr. Tom Beedle (Ind, Maesteg East) asked what work was being done to promote entrepreneurship and enterprise skills in secondary schools? Adding that it had to be more complex than Young Enterprise projects.

Officers and guests said there was an “active programme” as part of the careers service. Workshops are held in secondary schools on enterprise skills and have produced positive results, “planting the seed” in people’s minds even if they choose to go to university or straight into work. Satwant added that aspects of enterprise education were included as part of the Welsh Baccalaureate.