In the last budget, Bridgend Council (BCBC) revealed plans to create a £285,000-a-year Community Action Fund for individual councillors to spend in their wards. The details are to be discussed by the cabinet next week (pdf).

Subject to approval, each councillor will receive about £5,000 to:

“….create opportunities for local intervention by members within their own ward to the benefit of the community”.

The idea is this will help improve public engagement with the council and councillors as they “are best placed to know what’s going on in their ward”. A set of rules has also been drafted for consideration by the cabinet (pdf).

Councillors can theoretically spend the money on anything they want as long as it’s lawful, benefits the local population and is compatible with council policy; it’ll be “as self-regulating as possible”.

Funds must be spent within the financial year (by April 2018). There’s no guarantee the scheme will continue beyond 2017-18.

There’s a minimum spend of £500 per project. For spending under £1,000, only value for money needs to be proven. For projects over £1,000, the councillor will have to get at least three quotes. Councillors across more than one ward will be allowed pool funding towards a project benefiting all of their wards.

Councillors will also have to declare any personal interests and provide a declaration that they are complying with the Code of Conduct. 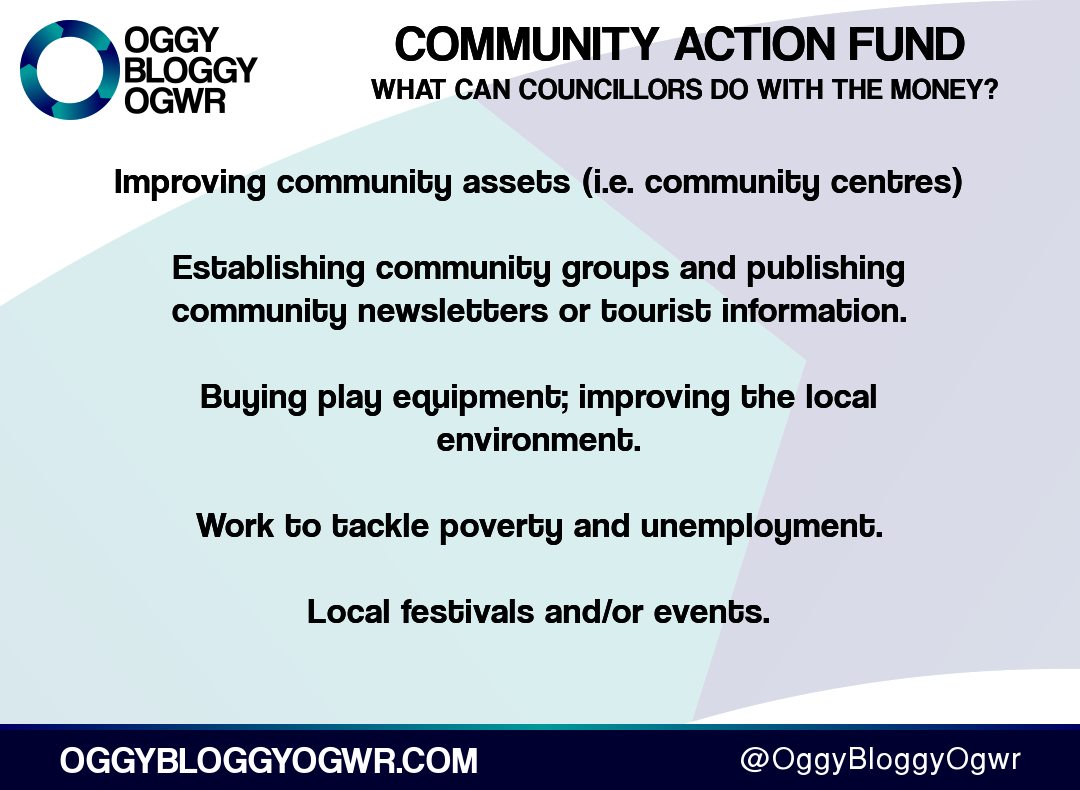 Councillors WILL NOT be able to spend the money on:

My own opinion is this is an idea with good intentions behind it, but the road to hell is often paved with such intentions. “Self-regulation” and large sums of money has a potential for disaster, it’s got to be said.

You’ve also got to argue whether councillors spending any sum of money in their community (as opposed to the council doing it in their name) counts in itself as “political activity”? I’m in no doubt though that this might go some way to raising the visibility of councillors in the eyes of local residents as long as they pick the right projects to support.

What do you think?

Is this a way to improve engagement with local county councillors? Or is it a waste of money and covers ground best left to town and community councils?