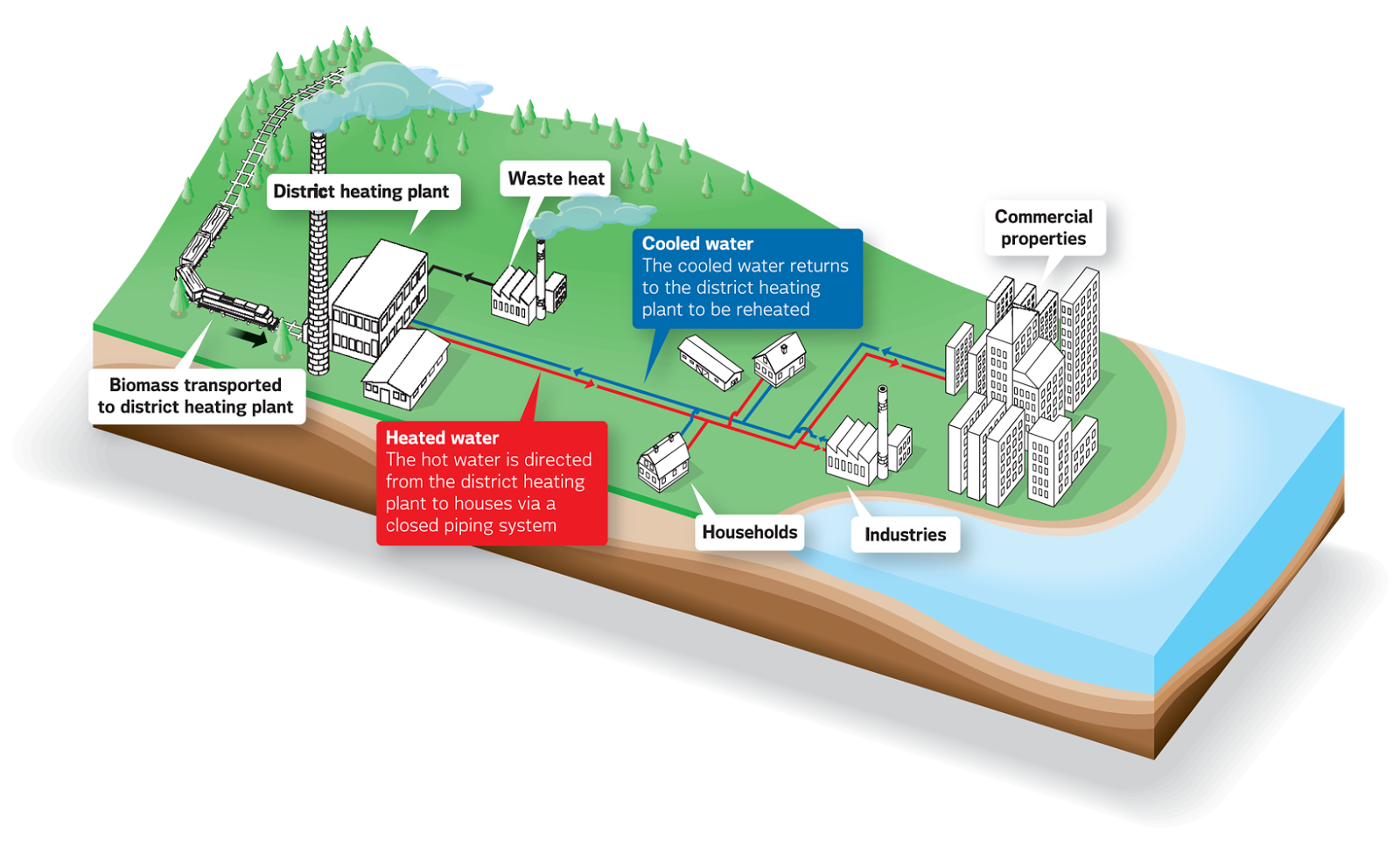 With the “excitement” of the elections dying down – and ahead of the Assembly reconvening – it’s time to turn attentions to some interesting items on the agenda for Bridgend Council’s (BCBC) monthly cabinet meeting tomorrow afternoon.

This will be one to watch over the next few years and, if it goes ahead, could put Bridgend on the map for the right reasons.

In 2014, Bridgend county was selected to be a demonstrator for a new type of community energy scheme – known as Smart Systems and Heat Programme (SSH). The programme is backed by the UK Government, aiming to address issues like fuel poverty and wasted energy through the use of geothermal energy (heat naturally-generated underground) as well as an interconnected “smart grid” to heat homes, offices and businesses.

To push things forward, BCBC would have to set up its own company/special purpose vehicle to run the scheme. They’ve chosen an option where the company would be publicly-owned but privately-led due to the lack of in-house experience on heat networks. A business case will be developed further.Caution is warranted. Officers warn the scheme is “extremely ambitious” (i.e. very risky), so BCBC will have to weigh up what risks they can manage and which risks would be better borne by other partners in the project. They do, however, believe that the SSH scheme could play a part in the recent Cardiff region “City Deal“.Officers also believe the project could provide a massive economic boost for Bridgend in terms of jobs, training and inward investment. It would also mean Bridgend could become one of the leading low-carbon local authorities in the UK and an example others would look to follow.

Further workshops, technical feasibility studies and behind-the-scenes planning will be required before anything serious is put on the table. 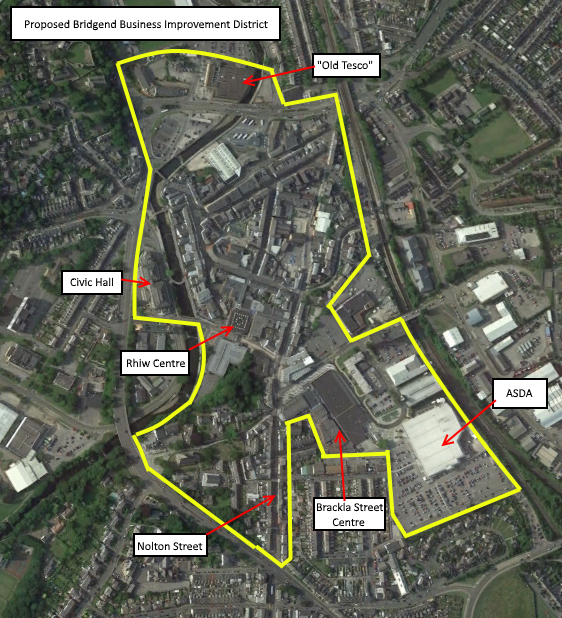 Business Improvement Districts (BIDs) are Welsh Government-backed schemes whereby businesses and other partners co-operate to improve the trading environment of their town centre. All registered business rate payers in a defined geographical area are balloted on whether to approve a series of local improvements – much like any other election. A provisional date for the ballot has been set for between 2nd and 30thJune, with the result announced on July 1st – though that could change.If the BID is approved by a simple majority, all rate-payers will be expected to pay a 1.25% levy on top of their current business rate bill to fund the improvements. A BID company (named CF31) would be established to oversee the improvements. To date, eight other BIDs have been established in Wales : Swansea, Merthyr Tydfil, Newport, Neath, Caernarfon, Bangor, Aberystwyth and Pontypridd.

The BID proposals are expected to include measures on business support, marketing, public safety, parking and part de-pedestrianisation of Bridgend town centre.

Although the proposed district covers what most people would consider to be “the town centre”, some Bridgend Town councillors have raised concerns that Tremains Road – which includes offices, retailers (mostly car showrooms), an indoor play centre and smaller business – has been excluded; ditto the northern end of Ewenny Road/Five Bells Road, which has a number of shops and restaurants.

As the council has five ratable properties within the BID area (two offices, two car parks and the bus station), BCBC will have five votes, and the total levy BCBC will have to pay towards the project would be £10,900. It’s expected the cost of the ballot itself would be around £2,600. When you add the costs of setting up the BID company, the total costs to BCBC are around £23,000.

“Comfort Scheme” to be Relaunched? (pdf)

See also : Consult At Your Convenience; Bridgend Public Toilets Earmarked for ClosureFollowing the closure of, or transfer of responsibility for, public toilets last year, BCBC decided to reintroduce the “comfort scheme”, where local businesses would open their toilets for use by the public in exchange for a grant.

It used to be funded by the Welsh Government, but that was withdrawn so, subject to cabinet approval, BCBC have decided to relaunch the scheme themselves. The scheme will be primarily aimed at hotels and pubs and applications from businesses will be scored out of ten (a total of 60) on a number of criteria including :

Those businesses that score the highest will be awarded a full £500 a year grant, those scoring lower will be awarded lower levels of grant funding to a minimum of £300. Premises which score under 35 points on the scale will be ruled ineligible.In addition, cabinet are also expected to agree changes to opening times of those public toilets remaining in BCBC’s control. Some toilets will now open on Sundays when they’ve previously been closed (Cheapside). The Griffin Park and John Street public toilets in Porthcawl will also open at weekends all year round (with extending opening hours in the summer).