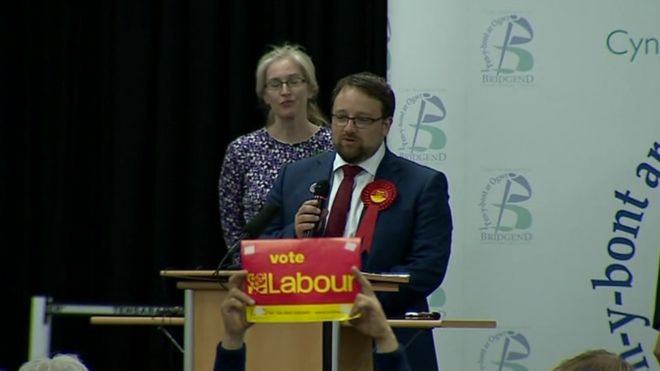 Before turning to the National Assembly results, it’s worth first covering the result of the by-election for the vacant Ogmore Westminster seat.

The seat was previously held by the newly-elected AM for Ogmore, Huw Irranca-Davies, with polling happened at the same time as the Assembly and PCC elections yesterday.

No shocks. Another comfortable hold for Labour. There’s not much more to say about that and the Labour vote held up well.

The big story here is the relatively strong performances by both UKIP and Plaid Cymru. I think for the first time since the 2002 by-election, Plaid have performed better in the Ogmore Westminster seat than the Assembly seat. It might also mean that in this election people voted “Assembly first” because the voting percentages in both elections are very similar and typical of an Assembly contest (something I mentioned last time).

UKIP performed pretty much as expected and improved upon their 2015 performance – but nothing too dramatic.

This was a poor result for the Conservatives. They had gradually improved their performances over the last 15 years or so and had finished second in the last two polls, with a third-place finish in 2005. Their share of the vote is the lowest in a Westminster election since the 2002 by-election.

The Lib Dem vote held up, but they won’t be holding their deposit.