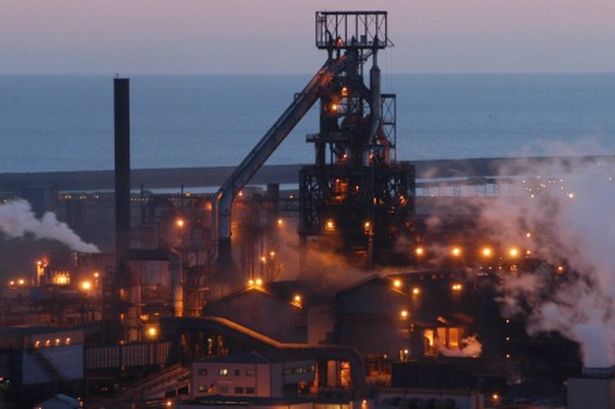 There’s no Live from Angel Street this week as the Planning Committee were discussing four routine applications and none of them were particularly controversial – you can watch it here. So instead, I’m going to focus on two reports presented to councillors.

As an aside, the problems I mentioned a few weeks ago with the webcasts and Firefox etc. appear to have been fixed – so my thanks to whoever in BCBC sorted that one out. Bridgend councillors debate Tata jobs cutsThis is something I would’ve liked to have covered properly, and I’m sure many Bridgend residents – particularly the hundreds that work at Port Talbot and Llanwern steelworks – might’ve liked to hear what councillors had to say.Unfortunately, for whatever reason BCBC decided not to webcast Wednesday’s full council meeting. As a result I can only give you a summary of the report put in front of them on behalf of the Council Leader, Cllr. Mel Nott (Lab, Sarn) – which you can read for yourselves here (pdf).

The report highlighted some of the causes of the current steel crisis which led to Tata’s decision to lay-off workers (Wales reacts to steel job cuts). Most of these things have been said elsewhere, but it’s good to have it all down in black and white. Presumably, Neath Port Talbot councillors have been told the same things.

That’s what the report says, so it’s now a case of trying to figure out what can be done – other than measures already announced by the Welsh and UK governments.It’s an economic truism that if supply of a product exceeds demand, the cost of that product falls, and in the UK the price of steel has fallen faster than any other part of the EU. If prices fall, profits for steel-makers fall and ultimately that’s what’s led to the problems at Tata.Turnover – the total value of all activity – at Tata’s plants in Wales is easily going to be pushing £1-2billion a year. Despite this, Port Talbot steelworks was losing at least £350million a year.Although there are no problems with production or skills, the price of steel is so low they can’t make any money from it. In simple terms they’ve become victims of their own success by being too good at making steel; I know that sounds absolutely ridiculous, but it is that ridiculous.

The numbers involved, high value of the business and scale of the losses would make it incredibly difficult to justify full government intervention. Even if the Welsh Government paid Tata’s electricity bill in full and scrapped all business rates, the steelworks would still have had to find something in the region of £260million a year to break even (based on the current balance sheet), to the point that grumbles over business rates and energy prices look marginal.The only realistic short-term options Tata had were a potentially risky mothballing – to cause an artificial shortage in steel and raise the price so steel-making can become profitable again – or mass redundancies.
What about the longer-term?At the heart of the problem is the steel price. To deal with that, the EU could introduce tariffs on steel imported from outside the EU which would help prevent steel prices falling further – which is what steelworkers went to Brussels to protest about earlier this week; but it’s a protectionist measure and the Chinese could retaliate, while it won’t prevent cheap steel being imported from other EU member states, like Germany, either.

As was raised last December (AMs call for Steel Industry Support), Port Talbot and Llanwern steelworks make steel for the automotive, consumer and white goods sectors, so procurement changes aren’t going to be much help in themselves – the government can’t force us to buy Nissan cars or baked beans. You can even argue that Welsh steelworks have been protected to a certain extent because the steel used in those sectors has to be up to a certain standard.

The price of steel will have to stabilise before the current, or any incoming, Welsh Government can intervene properly – like putting funding towards things like a new power plant to deal with energy costs. Before committing what could be tens, if not hundreds, of millions of pounds of public money there would have to be some certainty and assurances from Tata.

The jobs news in Bridgend could be set to get worse, with the recent announcement that Ford are looking for voluntary redundancies. It’s different from the situation at Tata but could still add up to a large number of job losses due to the amount of money Ford are looking to save in Europe (~£140million).

Welcome to the economic recovery.

At Tuesday’s cabinet meeting, members discussed proposals to build a replacement for Pencoed Primary (pdf). The funding has already been outlined in previous budgets and this forms part of the next round of school upgrades and mergers, joining proposals in Bettws, Kenfig Hill and Brynmenyn.It’s a direct result of the closure of Heol-y-Cyw Primary in 2013. It merged with Pencoed Primary as a “split-site school”; an arrangement which would remain in place until either the end of 2014, or until a replacement Pencoed Primary was built – whichever was more practical. As far as I know the Heol-y-Cyw site is still operational.

There’s another problem in that Pencoed Primary has two sites separated by the sometimes busy Penprysg Road – the bulk of the school buildings are on one side, and the playing fields on the other.

BCBC propose building a new school on the Penprysg Road playing fields. The new school would have a capacity for 510 children, 70 nursery places, 8 places for the visually impaired, 8 infant observation places and two 15-pupil classes for those with moderate learning disabilities.

A consultation with local councillors, parents, staff, pupils etc. will begin shortly and will last up to six weeks.

If all goes to plan, the aim is for the new school to open in April 2018. There are no details on costs, but with the budget for 2016-17 set to be put before councillors in the next few weeks, I’m sure an updated figure will be revealed then.