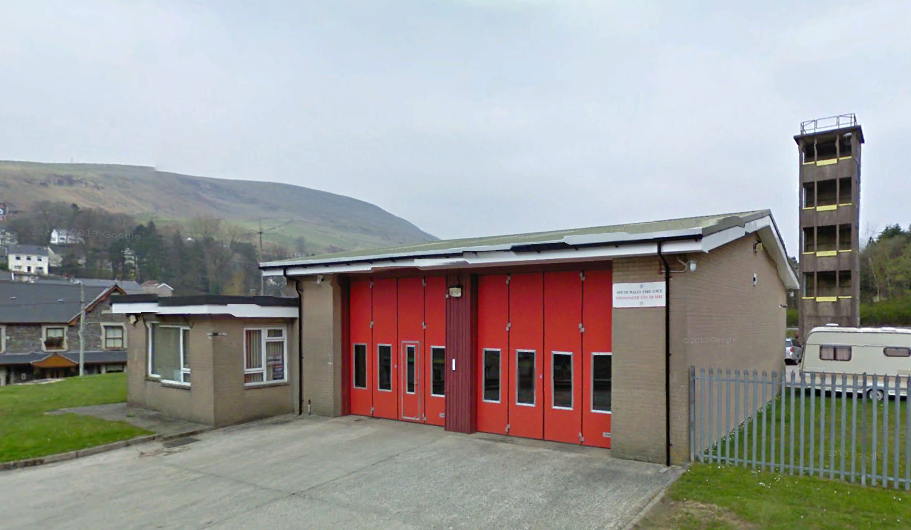 I start in the Ogmore Valley, where a serious row has broken out – as covered on the front page of this week’s Glamorgan Gazette – over changes to the terms and conditions for retained fire fighters based at Ogmore Vale fire station.

Because the Ogmore Valley is relatively isolated and a fair distance from the closest full-time fire station (which is probably Bridgend – a good 15 minutes away at the best of times), the retained service is vital.

It’s well known that retained/part-time firefighters usually have to remain within 5-10 minutes of their station and are expected to report to the station as quickly as possible after an alarm is raised. Retained firefighters are also normally on call for around 70-80 hours a week, have to take part in mandatory training sessions as well as hold down second jobs.

However, South Wales Fire & Rescue Service (SWFRS) are said to have introduced a new contract which would require them to be on call for 120 hours a week on top of their other jobs. Understandably, this would leave many with a very poor work-life balance.

Reportedly, due to serious recruitment problems Ogmore Vale is the only fire station subject to these new terms. Subsequently, two firefighters refused to sign the new contract – which came into force on 11th October – and were dismissed.

The two firefighters have been named elsewhere, but I wouldn’t want to name them here without their permission. What I will say is the two men have a combined 40 years of service between them.

A protest was held at the station last Saturday, attended by local residents and the families of those affected by the changes.

“Retained firefighters at the Ogmore Vale Fire Station serve Ogmore Vale and the surrounding communities well. Notwithstanding the service they provide, they are ingrained in the local community by the great number of charity events and school visits they perform and almost everyone in the area will know someone who works at the station.

“For this reason I am extremely disappointed by the way firefighters affected by these new contracts have been treated, and I call on South Wales Fire and Rescue to open up talks with the Fire Brigade Union and members.

“I met one family of a firefighter, who has been dismissed for not signing the new contract. Previously, he only had 17 hours free time and was otherwise expected to be within 5 minutes of the station, making family and social life all but impossible. Members of the community I have spoken to want firefighters to have a work life balance to allow them to be focused on the job they so admirably perform.”

It was also reported in the Gazette that local politicians Huw Irranca-Davies MP, Janice Gregory AM (both Lab, Ogmore) and Suzy Davies AM (Con, South Wales West) have contacted SWFRS on the issue.Responding in the Gazette, SWFRS rejected the claims, saying no retained firefighter is required to be on call for more than 84 hours a week. They’ve also stressed this isn’t a backdoor attempt to close the station (for more information on SWFRS’s plans, see South Wales Fire Review –  Bridgend stations to merge?) and the changes are because “the cover provided by crews on their existing contracts was below that required to maintain 24/7 emergency cover”.

Staying in the Ogmore Valley, the formal list of candidates standing in the Bridgend Council by-election in Ogmore Vale was released recently (doc). It’s a surprisingly crowded and high-quality list for a local by-election.

In alphabetical order by party:
The Ogmore Valley is arguably one of the most neglected parts of Bridgend county and has always seemed a poor relation compared to the Llynfi and Garw. Nonetheless, it boasts some of the best scenery in the county and is home to the iconic “Bwlch” pass.In many respects, since the Wyndham Washery closed in the 1980s Ogmore Vale has become a rare example of small town rural life in the otherwise urbanised south Wales valleys. In 2011, the Ogmore Vale ward had a population of just over 3,100. There’s clearly been a sense of dissatisfaction with Bridgend Council in the Ogmore Valley – notably issues surrounding the Berwyn Centre. There’ve been other controversial decisions in more recent times such as the closure of the Penllwyngwent recycling centre and the expansion of onshore windfarms – the Pant-y-Wal windfarm is on the hills in between Ogmore Vale and Gilfach Goch.Politically, Ogmore Vale’s demographics and characteristics makes it bread and butter Labour territory, but both they – and neighbouring Nantymoel – returned Independents in 2012.

You could see this as primarily a two-way fight between Labour and Independents. However, all five candidates could put up a strong showing for different reasons, giving the four party candidates in particular a very rough idea of how strong their support is going in to the Assembly election campaign.

By-elections normally suffer from incredibly low turn-outs, but even then this might be a close one.

The by-election will be held on Thursday November 12th.

Debates on the extent and necessity of pedestrianisation in Bridgend town centre have been going on for as long as I can remember.

It’s resurfaced again, with Suzy Davies AM organising a petition alongside Bridgend Conservative Assembly candidate, George Jabbour, calling for a rethink of pedestrianisation.

UPDATE 28/10/15 : The petition has been launched and has been distributed to town centre traders, but if you’re interested you can also sign it online here.

I’m not going to bore you with my extensive opinion, namely because the whole issue of pedestrianisation is worthy of a post in itself. I do, however, think the scheme as it currently is has been too extensive – only Adare Street and either Wyndham Street or Caroline Street really needed to be pedestrianised. There’s scope to reintroduce limited single-file traffic to some town centre streets along the same lines as the (relatively successful) regeneration of Nolton Street.

I’m old enough to remember what the town centre was like before it was pedestrianised, and it wasn’t the halcyon shoppers paradise people think it was. Bridgend used to be a very grubby, traffic-congested town and excessive on-street parking often made it dangerous to cross the road. Most of the traffic was going through the town centre, not stopping in it. It looked busy, but these were the days before internet shopping and out-of-town retail parks.

If you’re interested in seeing what Bridgend used to be like before pedestrianisation, then I highly recommend local historian Louvain Rees’ (Hello Historia) Remembering Bridgend Facebook group.

Of course, the traffic problems wouldn’t be so bad now because of the cross valley link road.

We all want lively high streets, but it’s going to take smart planning as well as significant public and private sector investment. It’s not a black and white choice between traffic or traffic-free, it comes down to whether you have a Debenhams or Next on the high street, or pound shops and charity shops (see also: Bridgend Town Centre – Answering Carwyn’s Call).

There is a bit more news on this too.

In the letters section of this week’s Gazette, amidst his usual party political blustering and unfortunate “Y’all ain’t from round these parts” comments, Council Leader Cllr. Mel Nott (Lab, Sarn) indicated Bridgend Council are reviewing pedestrianisation and are preparing a report that will be published in due course. When they have something further, I’ll cover it here.