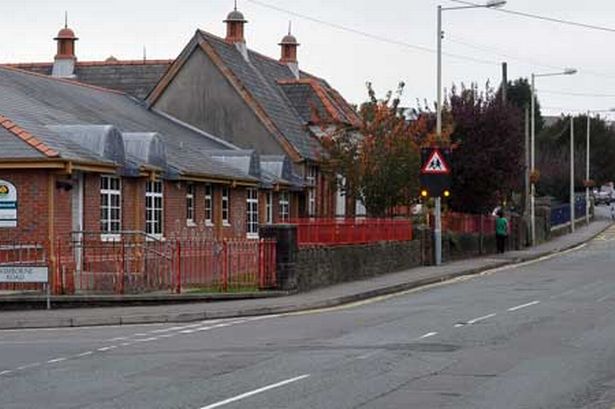 Bridgend Council’s (BCBC) cabinet recently proposed changes to special needs provision at Pencoed Primary School. A replacement school is due to be built in the next few years following a merger with Heol-y-Cyw Primary, but that’s a separate development – more details from me when plans are submitted.

Pencoed Primary currently provides two classes for pupils with moderate learning disabilities with enough capacity for 30 pupils (15 pupils per class), taught by two teachers. BCBC propose to close one of the classes and reduce provision for just 15 pupils, taught by one teacher.

At the moment, Pencoed Primary only has 15 pupils eligible for the classes (taught by two teachers), so all the proposal essentially does is cut surplus spaces – BCBC have, in effect, been funding an “empty class”. A 1:15 staff:pupil ratio is also the norm at other units in other schools in the county. It’s estimated this would save £45,000 per year and would be implemented from September 2015.

The reasons the councillors gave include:

Eisteddfod Genedlaethol yr Urdd – an eisteddfod for 7-24 year olds organised by Urdd Gobaith Cymru – is to hosted by Bridgend county in May 2017 (pdf). As far as I can tell it’ll be the first time it’s been hosted in the area since the 1979 competition came to Maesteg.As reported in the Glamorgan Gazette, the Pencoed campus of Bridgend College is currently the preferred venue, having previously hosted the National Eisteddfod in 1998. Realistically, it’s one of the few places in the county that could host it as it serves as the county showgrounds and is close to main road and rail links.

The event is expected to host 15,000 competitors and attract up to 100,000 visitors over six days, potentially boosting the local economy by up to £6million.

In terms of the costs, around £300,000 of funding is needed and most of this will be raised through voluntary donations and presumably things like sponsorship. The report says that while there’s no expectation that BCBC will have to pay anything towards the direct costs, there will be indirect public costs such as those relating to event planning, road closures/traffic planning, the Proclamation Ceremony and promotional material – the total cost of which is estimated to be around £25,000.

Natural Resources Wales are currently consulting on an application by Coastal Oil & Gas Ltd, based in Bridgend, for a permit to drill an exploratory “fracking” borehole on the outskirts of Merthyr Mawr – about 500 metres from Broadlands and just over a kilometre from the Merthyr Mawr sand dunes. The consultation closes on 27th May (details here).

Planning permission for the borehole was granted by BCBC in July 2013, and if it gets the nod, it’s expected to employ 15 people for the duration of works.

Coastal Oil & Gas are a subsidiary of one of the main players in the south Wales fracking industry, and were recently granted permission for an exploratory borehole near Pontrhydyfen in Neath Port Talbot – though they’ve been denied permission for a similar borehole near Llandow in the Vale of Glamorgan. Coastal only own a 50% share of fracking licenses in south Wales, the rest of the shares are reportedly held by Australian company Eden Energy.

The non-technical summary (pdf) says the borehole will be 1,300 metres deep and will take 8-16 weeks to reach the required depth. After that, a 36 week period of gas testing will follow to determine if the site is suitable for fracking. An underground tank will be constructed to deal with any run-off and there’ll be no emissions. According to the environmental risk assessment (pdf), the main hazards are noise and the accidental spillage of oil and other fluids.

Needless to say, although this isn’t “in Merthyr Mawr village” as the Western Mail reported, nor will any actual fracking will take place (it’ll require a separate licence), it’s pretty damned close to the village itself, the southern side of Broadlands and the sand dunes – easily close enough to hear construction noises. It’s expected the drill would operate 24 hours a day, though the noise assessment that came with the original planning application (pdf) suggests noise limits would be “acceptable” at between 30-40 decibels.

All of this is before questioning the need for fracking in the first place, of course.