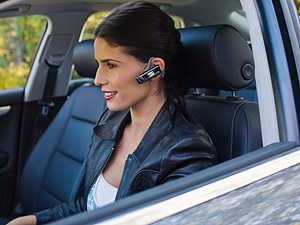 The National Assembly’s Remuneration Board have taken action to address Wales’ crippling shortage of wankers.

It’s understood a £10,000 bung will encourage wankers to stand for the National Assembly. It’s believed this will improve the calibre, and tailoring, of Assembly Members and also improve levels of scrutiny – because the more you pay someone, the better they are at their job.

Prof. Yogi Plopp from Munchausen’s Institute for Quotes said, “The Welsh Wanker Quotient (WQ) is  below the UK average, and falls short of levels required to stimulate economic growth through sales of selfie sticks, Audis and more snow than Greenland.

“This underperformance was highlighted in January, when the Institute’s wankerometer picked up a wank-bubble moving westwards down the M4 at 900% of local levels. It mysteriously coincided with Jose Mourinho’s Chelsea playing Swansea City at the Liberty Stadium.”

Comparisons have been made to the experiences of Carmarthenshire and Pembrokeshire County Councils, both of which head-hunted highly-paid chartered wankers to lead them. Carmarthenshire is now unilaterally recognised as the best local authority in Wales, while Pembrokeshire’s high-earning chief executive was granted “constructive permanent leave” as a reward for a job well done – because the more you pay someone, the better they are at their job.

All of the changes proposed by the Board will cost around £835,000, though this doesn’t account the National Assembly’s occupational health service, which is expected to cover an increase in repetitive strain injuries to the wrists.

“Why shouldn’t we bring a bit of Westminster to Wales to deal with national wanker’s cramp?” a Remuneration Board spokesperson said. “What the National Assembly is crying out for is a strong cadre of self-serving backbench wankers – the sort of high-powered Isle of Dogs spiv that’s in it for the money, publicity and self-glory, not civic duty.

“Under these new pay arrangements, there’s going to be former lawyers, ‘maverick’ professors, wheeler dealers, trade union barons, journalists, charity bosses, quantity surveyors, advertising executives, recruitment consultants, estate agents….top quality people….all running down Pierhead Street with one hand down the front of their trousers or skirts, jostling to get through the door for their £64,000 a year.

“They’ll be beating each other off to be the first in their seats to discuss CAP payments, voluntary sector compact agreements and a committee inquiry into teaching assistants. It’ll be like the wind tunnel at end of each episode of ‘The Crystal Maze’, but in Armani suits and Louboutin shoes.”

“Don’t they have to be selected by parties to stand first?” I asked. “There are no minimum qualifications for the job, so won’t your brilliant maverick professor be rejected in favour of a dim, but popular, timeserving local councillor?”

“Ah. Didn’t think of that. Still, we listened to the people.”

“Didn’t you : 1. Get lots of angry e-mails saying it was a bad idea. 2. Have the idea rejected by each party leader – including the First Minister – and the trade unions. 3. Ensure negative comment in many Welsh media outlets?”

“We got at least one e-mail saying it was a good idea,” they said. “And there’s all stuff we were told off the record – we listened to them, didn’t we?”

A group of hair-shirted AMs gathered atop the Senedd building steps. The appointed Spokesperson for Sanctimony offered a self-satisfied grin as she held her arms aloft – Mulberry handbag over one shoulder, and her cashmere scarf billowing in the wind.

She greets the crowd with the Ingratiator incantation, “Our farts do not smell.” The other AMs bend over and take deep inhalations from between their legs. As they rise, under their breath they exhale,“Smugsmugsmugsmugsmug”.

“Gather at our feet, dear people,” the spokesperson cried to the Cardiff Bay masses. “Engage with us! Hear us! As we have in turn heard your anguished cries!….Stay at the bottom of the steps, please.

“Inspired by Dai the Ingratiator’s wisdom – and the chance for some good PR – we are minded to forgo a £10,000 pay rise we haven’t even received yet, from a Board working to rules we set, and a Board AMs partially appoint. We shall wash our hands of the whole process in order to take a vow of poverty.”

“Our farts do not smell, for we are pure,” the other AMs solemnly chant in unison.

“We shall scrape by on our £54,391 annual salaries….net of top-ups to ministers and Assembly office holders, like committee chairs and commissioners!”

“Our farts do not smell.”

“We shall subsist on our cast iron pension scheme….plus expenses where applicable : second homes, hotel allowances, mileage allowances, meal allowances up to a maximum of £20 and occasional working holidays on behalf of the Assembly Commission, British-Irish Parliamentary Body or Commonwealth.”

“Our farts do not smell, for we are pure.”

“If re-elected we will be paid the money automatically. However, we can not publicly accept such generosity, so we will do the right thing and get angry on your behalf instead. This will kick start a competition to see who can demean themselves, or their position, the most aggressively, without actually doing themselves real damage and whilst secretly enjoying it….a bit like wanking, I suppose.

“Let it not be said that we appear out of touch with the public by being able to afford to turn our noses up at 10 grand, or give it away, even though it’s the equivalent of around 3-6 months wages for many of our support staff….”

“….Instead, let it be said that we are willing to make brave sacrifices to remain in touch with your lives while we touch ourselves. Just….don’t touch me….”

“You smell of farts.”

I was offered an inside track on what was going on by an AM staffer who shall remain nameless because they don’t exist.

“AMs are like a football manager, taking charge of a team of people who do most of the work,” they explained.

“Their support staff (AMSS) usuall draft speeches, questions and press releases, deal with the ins and outs of casework, organise the AM’s day, run their offices, update websites, deal with and filter enquiries, get dragged to surgeries and other events to boost the public profile of their boss, do any and all research asked of them, occasionally manage their social media accounts and make the tea. They’re employed by the AM so have minimal HR support.

“Like a football manager, the AM will take all of the credit when things go right, but cop all the blame when things go wrong too. It’s more demanding than people think, but AMs are not all-knowing, all-doing individuals. Firstly, if they’re working like that, they’re doing it wrong. Secondly, if they’re trying to create the impression they do it all themselves without any assistance they’re probably an unappreciative narcissist….or some sort of wanker.

“Even during committee inquiries AMs are sometimes given strong hints of what questions to ask by the Members Research Service. If you’re a minister, you have civil servants to do the bulk of the work and advise you. Then there’s all the other people – hundreds – who work behind the scenes to make sure the whole thing ticks over. More people are involved in running Wales than just 60 AMs.”

“What pay rise did all these other people get?”

“Parties don’t let just anyone run for office. There’s no open selection process for senior candidates. If a person works in an AM’s office, or in some way helps a party as backroom staff or appointed officer, they might make it onto an approved list of candidates and be shortlisted to run for AM or MP.

“A Remuneration Board report into AMSS from 2013 states AMs requested the ability to recruit  from within their party group before making job adverts public (pdf p30 #82-83). Officially, this was in order to promote junior AMSS to give them some career progression as it’s essentially a dead end job. Though unofficially it’s to groom future candidates so they get to know the right people, gain the trust and kiss the arses of senior party figures, or do/say something to stand out amongst those who make the decisions.”

“You could think of it as an apprenticeship for future AMs and MPs – like youth players in the reserves. They get used to the workload, used to dealing with the public and learn the tricks of the trade. This means parties don’t have to rely on ‘stalwarts’ stuck in a pre-devolution timewarp, ill-prepared for what the job entails but still expecting to be selected through a sense of entitlement. There’s one big problem though.”

“These ‘apprentices’ become the ‘professional politicians’ the public don’t like because they often have no experience of anything outside politics – but they’re trusted by the party, and the party ultimately shortlists and selects the candidates.

“Now there are calls for people outside the bubble – but who are otherwise regarded as successful or arrogant enough to think they should run the country – to parachute themselves into Assembly seats. Like a football club signing a superstar manager or player, it’s a bold statement but denies opportunities to raw talent.

“It doesn’t always work out either – they could be a Brendan Rodgers masquerading as Pep Guardiola. For example, a few AMs have reached influential positions in local government or the third sector but turn out to be crap at Assembly level. That’s because although their face fits, they’ve been promoted above their level of competence and never understood what would be expected of them as an AM. Plus, the vast bulk of sitting AMs have held down ‘proper day jobs’ of some form or run their own businesses – things aren’t getting any better, are they?”

“So all this talk about attracting the best possible candidates to the job from all walks of life….”

“….is bollocks. It’s the candidate selection system within political parties that’s broken, not the pay structure. We’ll end up with the same calibre of candidate being paid more because that’s how it works. The Board have also just made it harder to argue for a desperately-needed increase in the number of AMs.

“Plus, they’ve directed the pay rise at the wrong people – that £10,000 could’ve given AMSS an average ~£2,000 a year pay rise. After all, the more you pay someone, the better they are at their job, and the vast bulk of scrutiny is done in the AM’s office days, sometimes weeks, before AMs even go to the Assembly chamber or committee room.

“Having said that, AMs still have to deal with the public and the media. When you consider that anything they say or do – even decisions they had little to do with – can be twisted into a negative you can understand why they’re paid £54,400 a year. It’s compensation for mental torture.”