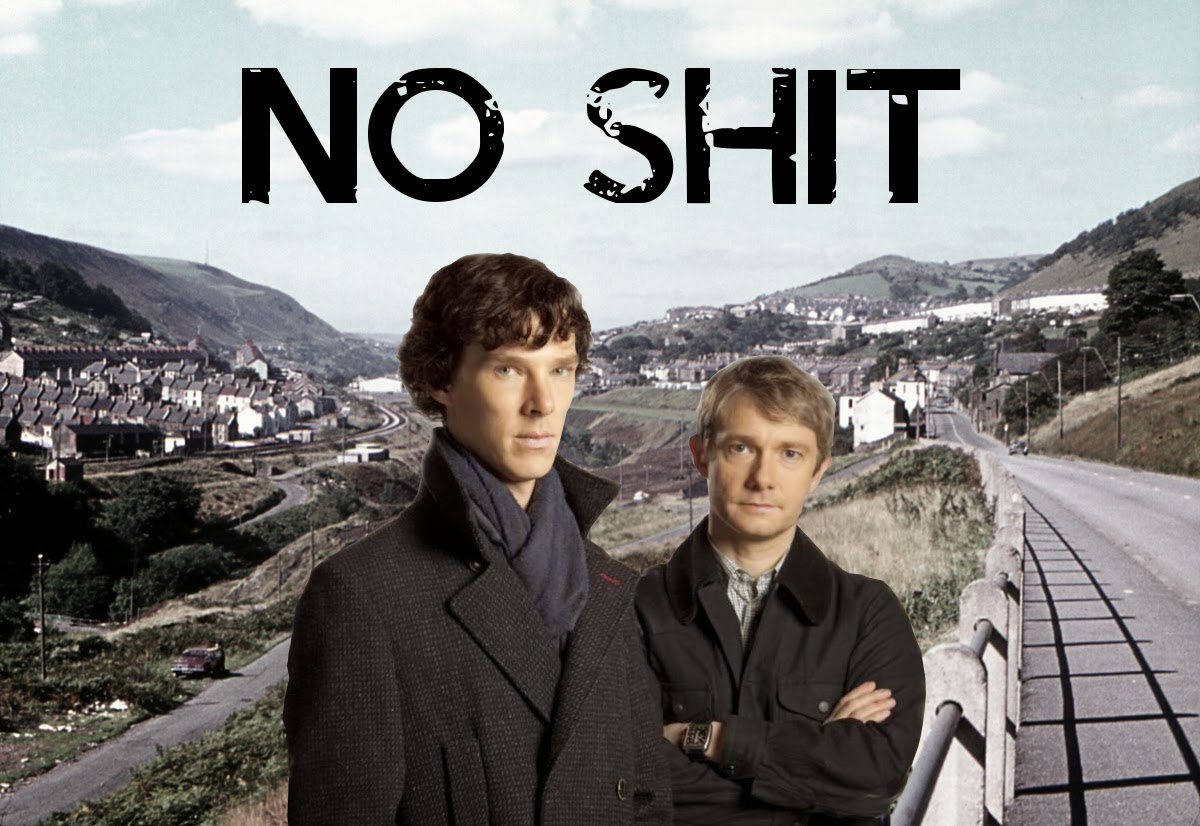 For the last couple of years, television production in Wales has undergone a renaissance, with numerous network shows now made here – in particular BBC dramas.

So far, attempts to reflect modern Wales by state broadcasters have consisted of a rip-off of those Scandinavian dramas, where sullen detectives scan the moorland to a Sigur Ros soundtrack, their face implying the whole world is breaking wind into it at once.

The BBC have come up with the solution by launching a new drama. It’s said No Shit – a spin off of popular made in Wales BBC hit, Sherlock – will properly reflect the current affairs gossip and political intrigue we’re familiar with in Wales. Sherlock Holmes and Dr Watson will subsequently swap their famous Baker Street address for a shed in Pontypridd.

Extracts from the initial three episode run have been released.

“It’s very strange that a unionist should be this obsessed with independence. He belongs to a party that opposes independence, has said – on the record – at least two dozen times in the past 18 months that he opposes Welsh and Scottish independence, and there’s the fact he campaigned for a no vote in the Scottish referendum too.”

“Why does he keep saying it? Why is he always asked about it? There must be a pattern….Wait, that’s it! John, I’m getting the distinct impression this man doesn’t want the public to get the idea that he might actually stand for something, and wants them to take the hint that they shouldn’t get ideas above their station!”

“Incredible. Your powers of deduction know no bounds.”

“Really? Most people tell me to ‘piss off’.”

A Midas In Reverse – A crack newspaper reporter has the mysterious ability to bring tomorrow’s news today.

“Let’s think about this logically. Any potential candidate for First Minister : needs to be able to string a sentence together, will have successfully held a government position in one of the more important areas of devolved policy – economy, education and health – has no previous baggage from poor performance as a minister, is scandal-free, is young enough to come to power within the next 10 years and has a safe constituency seat.

“John, after applying these variables to all 30 AMs, I believe Ken Skates and Vaughan Gething have the qualities to become First Minister at some undetermined point in the future.”

The Case of the Mysteriously Open Border – The amateur sleuths are called into action when it’s claimed some 88,000 Welsh people disappear into a mysterious void near Offa’s Dyke.

“Join me in this analysis, John,”Sherlock pours over Google Earth. “Belgium, Germany, France, Northern Ireland. What do they have in common?”

“It must be great having such an uncomplicated mind. Think about it. 100% of the Belgian population is within 50 miles of France, Germany and the Netherlands yet they still, mysteriously, remain a sovereign nation state.

“Now, cast your eyes to the eastern seaboard of the United States. The most populated parts of New Jersey are 2 miles away from New York City – one of the world’s largest economic powerhouses – yet it retains its own taxes, public services and legal jurisdiction. Nobody is calling for them to merge into a super region or fretting over the amount of traffic crossing the Hudson River.

“John, do you realise what this means? There’s a free movement of people and money across borders. Every. Single. Day. I don’t know how someone, especially a Liberal, could get it into their head that this doesn’t occur regularly. The only place where this doesn’t happen is….”

“….North Korea. We need to get to Cardiff Bay right away.” Sherlock rushes to put on his coat and scarf. “They’ve been infiltrated by North Koreans.”

“North Koreans!? That’s a big leap in logic even for you!”

“So’s saying a country with an open border can’t go it alone.”

“Of course it won’t….” Sherlock spins around and holds out his phone. 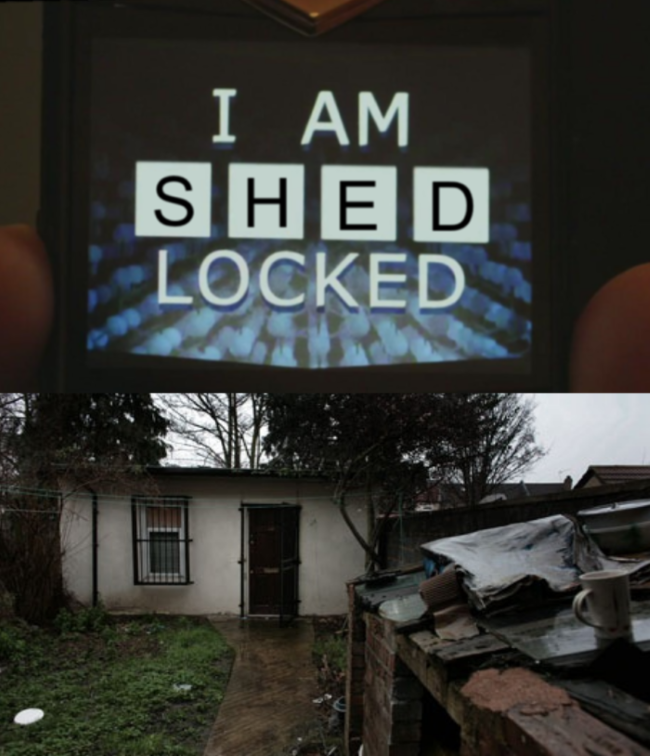 No Shit comes at a busy time, as the UK gears up to be bored to tears by ceaseless political coverage.One of the best features of Westminster elections is the campaign only lasts a few weeks, as opposed to US elections which start the moment a president’s (re)elected. This one saving grace of the Westminster system is set to be destroyed, as election coverage is starting in a manner similar to the way Easter eggs appear in January.Forthcoming highlights include Channel 4’s Dispatches : Have You Ever Had To Clean Up Your Own Mother’s Piss?, where Islington-set reporters doorstep middle and upper-class legislators to ask if they’ve ever had to carry out basic unpaid care. This will inform the public (yet again) how alien and out-of-touch they are. The answer, funnily enough, is a shocking “no”.

Next there’s Channel 5’s Why I Can’t Be Arsed To Vote, where a hemicycle studio audience from all walks of life – within a half hour of London – will explain in calm and rational terms (in very loud voices) just how much they loath politicians….until said politicians break down in tears. Brought to you by the OOH AHH DAILY STAR TITS.

Initial reviews from advanced screenings have panned and flushed No Shit, saying it doesn’t offer anything we haven’t heard or seen before. One reviewer even went as far as to say that, “People prefer to hear these things ad infinitim in a crisp neutral English accent instead of one of those horrible provincial drones.”

Despite this, if, as expected, the first series of No Shit is a success, BBC Wales promise a further three episode run.

Another conclusion (related article by Siôn Jobbins via Daily Wales) is that although nobody is likely to get gunned down for it by a death cult, powerful weapons remain at the disposal of those people and organisations, in Wales and the wider UK, who would like to intimidate or silence those who would dare mock them or hold them to account.