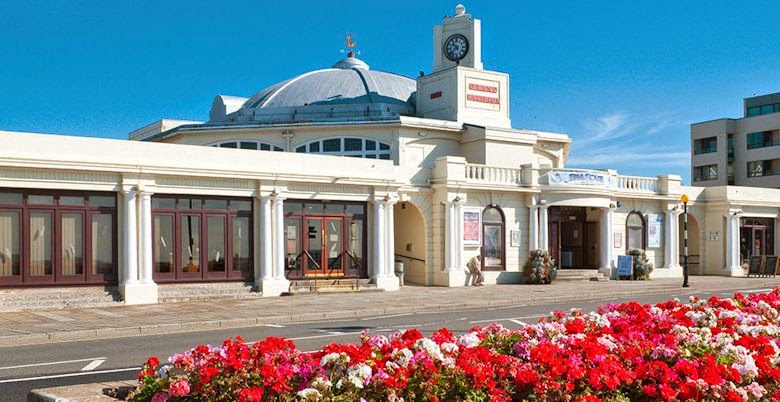 Bridgend Council’s (BCBC) first cabinet meeting of 2015 was held yesterday afternoon, and some interesting items appeared on the agenda. I return to the Parc Slip open-cast issue later too.

BCBC Cultural Services To Be “Outsourced”?

I doubt many of you remember, but late last year, BCBC launched a public consultation on their forthcoming budget proposals. One option on the table was to outsource cultural services to a not-for-profit company (Bridgend’s Cabinet Expansion & Cuts Consultation).

This has already happened with leisure services, with BCBC entering into a similar agreement with Halo Leisure in 2012. At the moment I’d say the partnership is going reasonably well, with Halo investing in the ongoing redevelopment of Bridgend Life Centre, for example.

The proposal, in principle, was agreed in May 2014, but a more detailed plan is yet to be devised. BCBC also put forward three alternatives to an NPDO:

So the preferred option is a new NPDO. I’m not going to go into the technical details, but consultants drafted five not-for-profit models which could be used, each with their own advantages and disadvantages.

It looks like the preferred option is a completely new charitable NPDO, similar to Celtic Leisure which runs leisure services in Neath Port Talbot. BCBC estimate it would save £633,000 by 2017-18. There are specific advantages in terms of VAT and business rates, though the company will still have to run cultural services on a commercial basis. However, any profit would have to be re-invested.

Surprise, surprise, there’ll be another bloody committee for councillors and local people of good standing to sit on and badge to add to their blazers, with talk of a board of 11 trustees.

If approved, this process will start very quickly indeed; the transfer to the NPDO could happen as early as October 2015. Other items of interest include:

Further Bus Shake-Up On The WayTwo changes to Bridgend county bus services were up for discussion.

Firstly, BCBC are considering introducing a 30p departure charge at Bridgend Bus Station (pdf p145-147). BCBC need to save £100,000 in running costs over the current two financial years, and they considered alternatives like reducing security, putting a shop in the station or reducing opening hours.

As Bridgend is one of the few major bus stations in Wales that’s doesn’t have a departure charge, BCBC opted for that instead. £60,000 has already been saved elsewhere, and it’s estimated a further £43,000 would be raised by introducing the departure charge, as well as installing vending machines in (which would raise an extra £3,000). As the bus station is fairly well-used, I’m sure passengers would welcome the latter.

The second bit of news is more serious (pdf p149-152). Last year, BCBC withdrew subsidies for six Sunday bus services (Babies, Buses, Bro Ogwr & Bikes), though they managed to find agreement with bus operators to retain four of them on a commercial basis.

This year, there’s another – more significant – round of bus subsidy cuts, this time covering weekday services that “are not cost-effective”, which in practical terms means those services which have a subsidy per passenger of £5+.

The affected services are:

The following service was part of the same contract as No.56 and will be re-tendered and retained :

BCBC believe ending subsidies and/or re-tendering contracts for these services would save £120,000. The council will have to give 12-weeks notice to bus operators, though it’s likely the school services (Nos. 56 & 152) will be withdrawn in September 2015.

After last week’s post on the Betws Primary replacement, this week sees another new school proposal in the central part of Bridgend county, with a consultation set to be launched on plans to enlarge and relocate Brynmenyn Primary to land next to Coleg Y Dderwen in Ynysawdre (pdf p189-202).

BCBC believe the new/enlarged school is needed to cater for demand due to housing developments in the “Valleys Gateway”, with the three primary schools in the area (Tondu, Bryncethin, Brynmenyn) already over-subscribed. It looks like the aim is for this new school to serve a large bulk of Sarn as well as Brynmenyn.

The new school will be significantly larger (420 places) than the current Brynmenyn Primary (136 places). Also, changes will be made to school catchment areas to ensure a more even spread of pupils. This is because there are concerns about Tondu Primary in particular (which absorbed Pandy Infants School in the last few years) which will struggle to operate on its small single site due to overcrowding.

The current Brynmenyn Primary is less than a mile away from the proposed site, so it’s unlikely to have much opposition. If all goes according to plan, subject to consultation the new school will open in September 2017.

Return of The Parc Slip Monster

Days after my last post on this, BCBC’s Development Control Committee held a meeting where the future of the Parc Slip open-cast site was discussed. The report provides more detail on the background to the scandal, and it gives clearer reasons why restoration hasn’t happened.

Here’s a round-up of the most important points from the report (pdf p32-44):

BCBC officers recommended options 4 or 5, which would mean the land will never return to exactly how it was.

Both local authorities and the Welsh Government deserve some criticism for this – though not as much as I previously suggested – for a distinct lack of leadership and being overly concerned with proper process when they should’ve grown a spine (take note of what I said here). There’s absolutely no excuses for them not seeing this coming.

Most of the blame and responsibility should now be focused at Celtic Energy and their dodgy offshore subsidiary Oak Regeneration. Not wanting to repeat myself from last time, but they’ve taken local residents and officials for fools and have acted appallingly. It’s all well and good saying this with the benefit of hindsight, but they should never have been awarded mining licences if they were unable to afford restoration works, and the way by which ownership of the mines transferred should be illegal (even if it skirted the edge of legality anyway).

I suppose Option 4 is the best one on the table at the moment, but that’s dependant on the cooperation of Celtic Energy and Oak Regeneration, who’ve said sweet FA on this since June 2014 (until the AMs intervened last month) and are still pushing for a residential-based development, which would run roughshod over Bridgend’s Local Development Plan.

I don’t know if there’s a way to punish the two companies, but the onus must now be on the Welsh Government to prevent this happening again elsewhere in Wales.

Based on their track record on open-cast, don’t hold your breath.