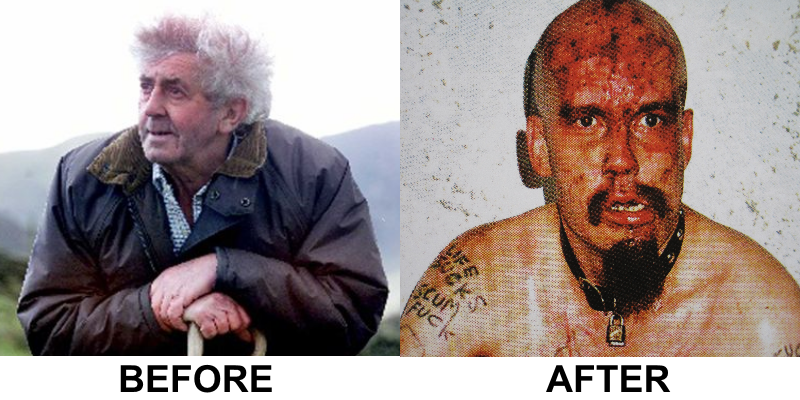 The National Assembly and the Plaid Cymru group have been left reeling after a shock defection of one of their stalwarts – Ffred Fflintstôn AM (Plaid SBP, Llandiafol) – to the Serious Business Party.A cross-party statement condemned the move as a shift towards political extremism, but the Serious Business Party maintain they have no interest in the mud and large expense accounts of politics, despite seeking political office in a manner more desperate than a virgin in Magaluf.The defection was so sudden it even took the Serious Business Party by surprise. Their leader in Wales said, “The phone rang while I was kicking a child in the stomach, and laughing at their parents to make a point about European steel-toe boot imports.

“At first I asked, ‘Is this is a wind-up?’ But whoever was on the other end of the line was insistent.”

The party leadership hastily arranged a news conference in the nearest massage parlour. The room was cramped, and the masseuse was clearly unhappy with so many people in there, citing fire regulations.

The media – outnumbering party members – huddled around a man lying on a table with a towel over his head (someone they were told was a highly-stressed stock trader) who was in the process of receiving a happy ending. Everyone tried to avoid making eye contact with each other.

Ffred struggled to get through the amassed throng, as he entered to grumbling from the jostling journalists. Squelching noises – accompanied by farmyard grunts – came from the table in the centre. He stood atop a plastic box, as he prepared to explain his Judas-like betrayal.

“I woke up one day with a crippling agony in my head. I thought I was having had a stroke, or my skull had shrunk to the size of an apple, the space filled with nothing but pain – but it turns out I just hate all living things.

“I stumbled around the house, knocking everything off tables and shelves as I screamed. I wanted it all to end. There was only one thing going through my mind; one thing I could focus on as I underwent this brain-melting transformation : Serious Business Party.

“Also, I really wanted to sport a cravat, but the only acceptable neck-wear in Plaid Cymru nowadays is a keffiyeh. What this bold decision means is….”  A glob of what looks like Vaseline does an arc through the air – accompanied by another pig-like squeal – hitting Ffred slap bang in the face.

The press turn to the table as the towel is removed, revealing that it was none other than professional cad, news personality and prospective parliamentary candidate in the Turd-on-the-Wold by-election, Armitage Shanks. 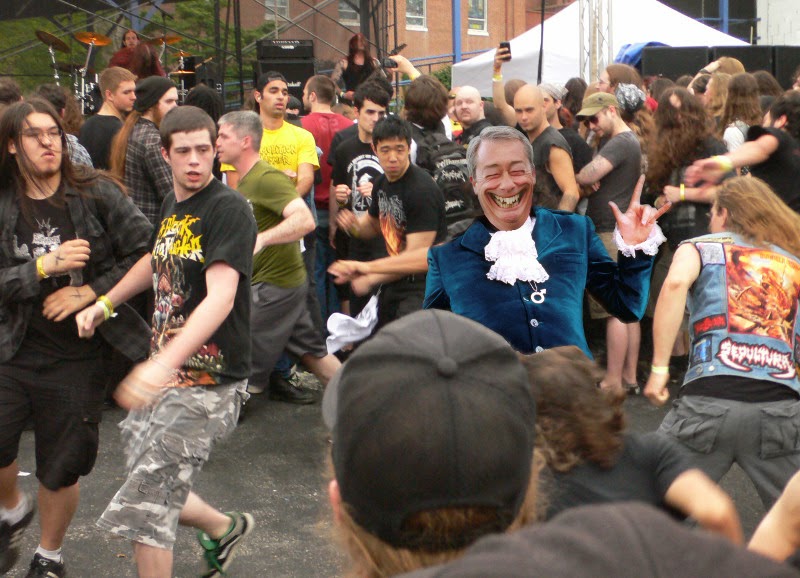 Armitage, still tumescent from all the attention, grabs the microphone from Ffred, laughing like Basil Brush and smiling in a manner reminiscent of a crying baby.“I think what Ffred is trying to say,”Armitage says, as though he’s about to finish his sentence each and every time,“is people say we’re a protest party. I say, ‘Of course we’re a protest party. We’re a protest against all forms of common decency’.

“We resonate with the ordinary psychopath in the street. The sort of person who gives you a wave in Tesco’s but secretly keeps SS memorabilia, has sex with vacuum cleaners and talks people on the internet into being eaten. We’re also the only party that answers the door when the Mormons come round.

“After a news report of a tragedy when they say, ‘He was a quiet man; kept himself to himself’. That man is the core Serious Business vote. Who else will speak for him? The bloody Greens!?

“Bring me your sexual perverts. Bring me your xenophobes, shysters and dodgy businessmen with one trouser leg rolled up. WHAHAHAHAHA BOOM! BOOM!”

Ffred placed a hand on The Necronomicon, as he took the solemn oath of loyalty and feilty to the Serious Business Party.

The party’s new song was also debuted, which Armitage hopes will storm the charts. People have said the lyrics were racist, sexist, advocated violence against women, animals & children and glorified the Nazis – but a Serious Business Party spokesmonkey said they were only “‘aving a laff”.

I kidnapped Mr Peabody and his ‘WayBack Machine’
When we got there, I sold him to a Chinese restaurant.
I punched every girl I saw in the face,
On the way to the booth to vote for Hitler.

As Ffred was led out onto the streets for the first meet-and-punch with the public, expert in stuff, Prof. Yogi Plopp, contacted the press to reveal the results of a three year study into toxic fumes in the media.“It’s subtle,” Prof. Plopp said. “If you go right up to the newspaper or television screen, you can just make out hints of lilac.”Prof. Plopp identified the scent as a legal high called preposterone, released by the angry rustling of newspaper pages, also carried by digital signals directly to the brain via talk radio and current affairs programming like Question Time .

“It’s very sophisticated too,” Prof. Plopp explained. “It causes indignant tutting and shouting, which elevates the heart rate and causes heavier breathing – so the person takes even more preposterone in. Preposterone directly affects the limbic system, which regulates emotions like fear, anger and happiness.

“Even Armitage Shanks’ baby-faced grin is part of the plot, as it brings out the paternal and maternal instincts of voters, who wouldn’t dare ignore the demands of a crying child.

“That bloke you agree with down the pub might sound sensible after you’ve chucked six pints of warm beer down your throat, but you wouldn’t put them in charge of a nuclear arsenal or a social security system, would you? Everything points to a mass drugging the population to make that sound like a sensible option.”

“It’s stories relating to European regulations, politicians behaving badly, immigrants….It’s also all those screw ups in public service delivery, which shake faith in institutional politics. But the political class are unwilling to take ownership of and correct such problems, instead coming up with dogmatic platitudes, buzzwords and point-scoring.

“Come to think of it, that last reason’s probably why so many people are open to the idea of an extreme alternative. I’ll just blame the fumes instead.”

We approached Ffred to discuss the matter, but he kicked us in the shins, stripped naked and threw what we believe was his own faeces at us as he marched down the street, threatening to chuck a bin through a Poundland window.

We asked Ffred’s wife – who dabbed away tears as she watched her husband try to eat a Bischon Frise – what had happened. “I remember him telling me they ran out of The Guardian down the shop, so he had to pick up a copy of the Daily Mail instead.

“I thought he wanted to win a Poirot boxset.”

After a successful recapture by the RSPCA and de-radicalisation programme, Ffred was as good as new, de-defecting back to Plaid Cymru.

As Ffred Fflintstôn AM (Plaid SBP Plaid, Llandiafol) reconciled with his former, now new, party colleagues – his forehead covered in scars from broken bottles – he was frowned at and had to sit away from them as if he’s just shat himself.