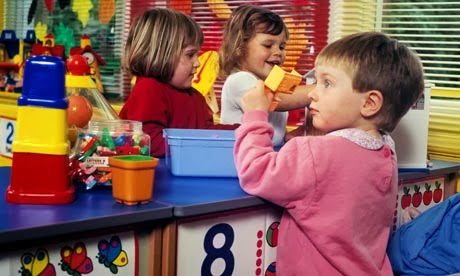 As part of plans to save £36million over the next 3-4 years – the budget due to go before councillors within the next few weeks – Bridgend Council have drafted options to change nursery care provision in the county. BCBC aim to make £1.5million in savings.

At the moment, local authorities are legally-obliged to provide up to 10 hours of nursery care per week from a child’s third birthday until they start formal schooling aged 5.

The full proposals are available here (doc), but the four options are:

Judging by the language used, I suspect they’re “leaning on” Option 3, and that would be the one councillors are most likely to support (if cuts are unavoidable), and would match their stance on things like the free school bus transport– the decision there having been recently pushed back.

Obviously this could have a big impact on parents of young children generally and working single parents. The consultation closes on 24thFebruary (survey available here).

Sunday Bus Services for the chop?

In another round of financial squeezing, at tomorrow’s cabinet meeting, proposals will be put forward to cuts to supported bus services (doc).

They escaped cuts in last year’s budget, and are part-funded by both the SEWTA regional transport consortia and the Welsh Government. With cuts to both anticipated, BCBC want to save £50,000 in supported bus costs.

BCBC currently supports six Sunday services and these are the ones up for the chop. The report says withdrawing Sunday services is “more equitable and efficient” than applying cuts across all services, as many parts of the county aren’t served by buses on Sundays anyway.

The services that could have funding withdrawn are:

BCBC say they have a provisional agreement with First Cymru to run four of these services on a commercial basis during daytime hours. The services that would be withdrawn completely are the Nos 1&2 (Cefn Glas) and No. 62 (Pencoed).

That puts the scale of Carmarthenshire’s recent unlawful actions into perspective, as the sum of money troughed in pension payments and unlawful libel indemnity funding is similar. That’s before you add Pembrokeshire and Caerphilly to it.

These “little things” add up see, and can make people very angry.

Some people might wonder if all that boring stuff I cover from the Assembly about Welsh laws etc. has any impact on the people of Bridgend. Here’s a more direct example.

As part of the School Standards and Organisation Act 2013, local authorities need a plan for Welsh-medium education, which were once non-binding but are now statutory. These plans will be subject to Welsh Government approval. BCBC launched their plan a few weeks ago (doc) and a formal consultation (available here), which closes on March 20th 2014.

Currently, just under 10% of school pupils in Bridgend attend the four WM primaries and Ysgol Gyfun Llangynwyd. This is one of the lowest percentages in Wales, and no completely new WM primaries have opened for as long as I can remember (YGG Bro Ogwr was a direct replacement for the old Ysgol Penybont on Quarella Road).

There are some specific things from the draft report worth picking out:

If you want more examples of “boring stuff” I’ve covered in relation to the Assembly having a direct impact on Bridgend, here another one.

As a result of the Active Travel Act 2013, all local authorities in Wales now need to assess and plan their active travel routes (English: cycling, walking, wheelchairs etc.). They’ll need to draw up a map of current routes and proposed improvements, not only including things like new cycle lanes and upgraded pedestrian crossings, but things like cycle parking facilities.

This is in an attempt to get people across Wales to cycle and walk more in order to reduce traffic and improve overall health.

BCBC recently launched their survey in order to meet the requirements of the Act. There’s still time to respond, as the survey doesn’t close until February 10th.

The survey itself (available here) is incredibly comprehensive – my compliments to Ark Lab. You can recommend or rate new or current cycle/pedestrian routes down to street level!

So if you’re a regular walker or cyclist – whether you walk the dog or you/your kids cycle to school – and for whatever reason believe current facilities or routes in Bridgend and Pencoed aren’t up to scratch, then I recommend taking the time to fill out the survey. It takes around 10-15 minutes.

I’m sure Lee Waters and his former colleagues at Sustrans Cymru would be pleased with how Bridgend Council are going about this. The broader issue, of course, is whether there’ll be enough money to provide new facilities.

The map they use for the Bridgend area looks a little familiar too….