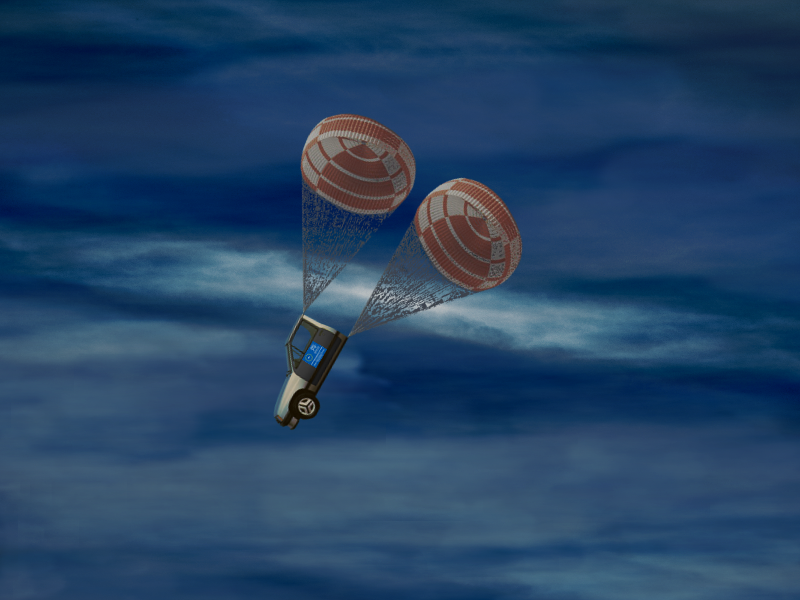 A charitable cause is like catnip to your typical, fully-housetrained AM.Nobody can forget Sillius Soddus AM’s (Con, Aberchddll Left No Right A Bit) ten days of rigorous, slightly arthritic pelvic thrusting on the Senedd steps to raise awareness of Saturday Night Fever; Proctalgia Fugax AM (Lib Dem, Ŷ) bobbing for apples in lit petrol to raise money towards the euthanasia of cute and fearful animals; or Carwyn the Question (Lab, Bridgend) replacing Derek the Weather on BBC Wales weather forecasts.Jubilant masses gathered at the Senedd to usher in the end of Derek Brockway’s 16-minute tyranny, which resulted in the deaths of 27,000 people in what became known as the Shwmae Day Massacre.

The First Minister suddenly announced to the shocked audience that, to coincide with the forthcoming arrival of an astronomy roadshow and Wales being shortlisted for a space tourism base, a backbench AM would become the first human on Neptune.

“We choose to go to Neptune this decade and do other things. Not because they are easy, but because they are hard,”he says. Silence. The blood drained from the face of every AM present, their hair standing on end to the extent they resembled a line-up at a Robert Smith lookalike contest. They couldn’t decide whether it was Carwyn’s stint controlling the weather that had gone to his head, or an aneurysm.

A panicked crush builds near the exits as the invited guests desperately try to escape the building. Carwyn tries to whip up some enthusiasm. “Come on, mun!” He waves his arms, “Let’s be ‘aving you!”….It’s for charity!”

With that, everyone scrambles to return to their seat, never wanting to be seen to turn their back on a good cause.

“We know some people climb up mountains and stuff for charity, or go for a run dressed as a post box,” Carwyn says. “That’s getting boring now. So I thought we’d really push the boat out.”The charity – The Foundation for Romanticist Pseudoscience – was founded by a drippy hippy from Islington, who moved to Gwynedd to escape the pink elephants and find herself (massive pots of WEFO cash). This follows a scandal where every child who attended her Free Schools in England were taught that shoes were sacrilegious.

“It is my wish,” she says, “that once the brave star baby we choose from amongst you has completed the estimated four day journey, they make peace with the God-like creatures that reside beneath Neptune’s bountiful, pure, deep blue seas. We will then strap a helpless child to that Magic Roundabout ride in front of the Pierhead Building to appease them.

“With the decadence of humankind left behind – all the war, and the misogyny of technological progress – we go to Neptune to find the God that is nature, peace and love!

“Behold,” she points across the Bay, “our space pram!”

The first launch vehicle of the Welsh Star Empire is a cut-n-shut – Vauxhall Corsa up front, Saturn V behind – christened Popty Ping I.

“What’s the aim of your charity?” asks one AM.

“Aside from giving me something to do that’s irrelevant to anything at your expense….uh….raising awareness, I suppose,” says the founder. “Is there any deed nobler than proving you’re aware of something more than someone else?”

Sillius Soddus suggested that in addition raising awareness of raising awareness, the mission could be used to cover one side of Neptune with a giant poppy to shame the universe into acknowledging the Commonwealth’s war dead.

“Fannnnnnnnnnnnnnnnn-tastic!” Carwyn says. “That’s the kind of thinking that can buy someone a trip to Neptune! And a photo in the local paper!”

Surf’s up, Aberchddll! the headline blazed, as Sillius posed in his wetsuit. He’ll take a surfboard with him too, as he’s been told to expect world-class watersport facilities. “Of course I’ve seen ‘Event Horizon’,”he added in his interview (he hadn’t really). “I’m down with the kids.”

Space aboard the craft was limited. Only the best creative works humanity had to offer could be taken as entertainment. Following the drafting of a shortlist, and exclusive Wales Online vote, he was presented with The Complete Works of Phil Collins, Fred : The Movie and a service revolver with one bullet.

At the final briefing, a scientist was dragged reluctantly from some mind-numbingly tedious and underfunded work to give a health and safety talk.

“I find your expectations for this mission childlike in both ignorance and innocence, and treat it with nothing but the utmost contempt,” she says, as AMs nod along and applaud politely.

“If he’s lucky enough not to die the instant your ‘space pram’ leaves orbit, with ‘Easy Lover’ stuck on loop, Sillius – or rather his corpse – will eventually become part of Neptune’s atmosphere, torn to pieces by 1000mph winds.

“His face, ripped from his body, will be carried around like a plastic bag caught in a maelstrom of toxic gas, making what’s likely to be a terrified screaming expression at the horror of it all, in the sort of monstrous conditions in which you’re unable to tell up from down.

“It’ll be like that time they served ‘Randy Magma’s Howlin’ Bowel Chili’ in the Senedd cafe when they ran out of cake.

“There’ll be nothing to bury or mourn. Fragments of Sillius will be trapped for eternity, damned to never leave dark, icy grave billions of miles from home – a freezing hell that’s beyond description. The horrors will continue after death for poor Sillius, as the Assembly will inevitably note his glorious sacrifice in a lengthy plenary debate.

“You have the mistaken impression peace and love exists. But the laws of man and nature are harsh. Sillius will have no peace. No love. He won’t even make a dent in the universe.

“All Sillius will find out there is a right good f**king.”

The silence as she left was only broken by a few nervous coughs.

On the day of the launch, Sillius and invited guests were raised to the driver’s side door of Popty Ping I on a cherry picker.

The first cymronaut was increasingly unsure about his mission, suspecting his wetsuit and snorkel wouldn’t do much to protect him from the rigours of interplanetary travel, while half a Corsa sitting atop thousands of tonnes of rocket fuel probably breaches fire regulations. Fire regulations his party would usually oppose.

“Can’t….Can’t I just do a few laps of the Bay dressed as a lightbulb?” he asks Carwyn.

“Don’t be such a spoilsport!” Carwyn says, “Look at all these people who’ve turned out for you!”

He points to the ground, where Leanne Wood waves, shouting back “Hashtag ymlaen!” Andrew RT Davies shouts, “I COULD’VE GOT YOU A GOOD DEAL ON AN ASTRA! CHUCKING OUR MONEY AWAY AGAIN!”

“Where’s the food?” Sillius asks. Carwyn points to a box of Space Raiders and a bottle of Tizer strapped into the passenger seat. “How will I breathe?”

“You saw the training video!”Carwyn shouts, rolling his eyes as he demonstrates how the electric windows worked.

“It wasn’t a training video. It was ‘Spaceballs’. Where’s the toilet?”

“I just showed you ‘ow the windows worked!”

As Sillius strapped himself in with his seat belt – his trousers going to brown alert – he decided to get his 12-year non-stop Phil Collins marathon started with ‘In The Air Tonight’.

“Go away! I’m busy,” Carwyn shouts over his shoulder.

“Oh!” Huw Lewis says, frowning, “Show some respect, butt!” He shouts down, “What is it, my little Rosa Luxemburg?”

“I’ve got a petition yur,” Lynne shouts back. “You need to stop all this, now. Official.”

The linguistically sensitive people of Torfaen had taken exception to the Welsh translation of the mission documents, demanding that they keep the original, proper English name ‘Uranus’, as people might make fun of the Welsh name – ‘Urbumhôl’.