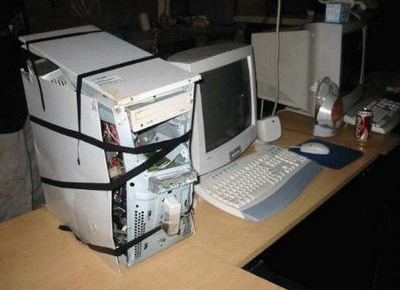 I have come here today to chew ass and kick bubblegum.

If I’d put half as much effort into my school and university work as I do into this, I’d probably be well on the way to becoming a brain surgeon by now. I have enough knowledge to know the proper names of every part of myself I’m slowly destroying in the process of doing this blog.

Running a political blog isn’t my goal. My goal is to make babies. No, not what you’re thinking. Try liquid nitrogen, microscopes and marginally unethical medical experiments. Ooh, kinky. I want to create the first human-elephant-tree hybrid. Because science.

My other dream is to take enough hallucinogens so I can give myself a high-five. Whilst walking in on myself making babies.

That’s the sort of thought process I have. It’s like a beehive, except every single bee has a really bad idea – taking the form of a parasitic wasp. And I get to share those parasitic wasps with you!

There’s plenty of Assembly business over the last few weeks that I could’ve covered – near collapse of Welsh emergency health services, the first report on the Organ Donation Bill, the cold weather, the  “bedroom tax”, various party conferences – you know, stuff that actually matters.

Instead of all that “actually important” crap, I’ll blog on some hypothetical situation or obtuse topic that’s not relevant to anything. Then, in about a fortnight’s time, I’ll actually get around to covering something from the Assembly that I could’ve done today etc.

I’ll try and do a Bridgend-related blog at least once a month, mainly to avoid the blog being investigated under the Trade Descriptions Act. Not much happens here and the council are generally (and annoyingly) rather competent – with a few exceptions. Plus, I can’t be bothered to send off loads of FOI requests and too lazy to attend council meetings even though the civic offices are a 10 minute walk away.

Equivalent of an Independent headline

I’ll deliberately plagiarise professional journalist’s work, passing it off as me providing a valuable insight. All I do is sit down and draw lines to dots in a slightly patronising, haughty manner. The WAG Watch posts are basically a condensed version of every BBC Wales and Western Mail political headline that I arrogantly deem important enough to include.

I’ll throw in obscure terminology to make myself sound smarter, and make whatever I’m blogging about seem more important. All I am is a massive nerd, a jack of all trades but master of none, of average intelligence who knows how to use Wikipedia effectively enough to wing it.

As for the whole independence thing, this is probably – Plaid members aside – the closest anyone from Bridgend has seriously supported Welsh independence since Owain Glyndwr and chums sang around a campfire outside Coity Castle. Bridgend’s independence movement could probably fit in the back of an ice cream van. Make mine a strawberry.

Maybe I should start my own party or movement, as that seems to be the “in thing” with non-Plaid nationalists at the moment. One of those ones where you have to reaaaaally hate the English. A lot.

Excessively long title that barely fits on the page when in a larger font?

I like using bullet points as it makes the blog look more “serious” by resembling a dull accountancy PowerPoint presentation. The sort that’ll bore you to tears. I do it to weed out the weak – Spartan style.

I’ll take the piss out of an AM or minister in a manner which would probably get me punched or slapped if I said it in person.

My role in the grand scheme of things is to barge around, shouting into the equivalent of a Toy Mic, blowing raspberries at everything they’ve ever believed in. If I were a nice person, I could’ve just started a blog about puppies instead. They’ll spend years working their way up the ladder, spend thousands standing for election, spend an inhumane number of hours in committees, offices, travelling and having to deal with some of the most unpleasant people imaginable.Luckily for them, I understand that. So I don’t bother them directly and I leave them alone so they can get on with their jobs and deal with matters that are immediately important to the public. My spiel doesn’t count.

Farts and tap dancing Like any good political blogger, and contradicting what I just said, I have the mistaken impression my opinion actually does count. I’m fully aware whole swathes of hits are spam bots or accidental search results. That doesn’t mean I’m not looking forward to racking up another 6-figures of visits, or getting stupidly overexcited when someone retweets a post, even though I don’t really like using social media when I should probably see it as useful to me.Fortunately for both myself, and the rest of Wales, nobody in any position of influence actually reads this blog. The closest this gets to the top is probably some bored Assembly staffers looking for someone dumb enough to have done part of their work for them.

Judging by correspondences and various statistics, this blog has proven especially popular with German, Japanese and French business/economics students doing projects on the Welsh economy. I also appear to be a popular mis-search for people looking for French cartoon, and Tom & Jerry clone, “Oggy and the Cockroaches”. Oggy is a massive blue tom cat with a red nose. People seem disturbingly interested in his sexual habits.

I’m the Welsh blogopshere’s Kilgore Trout. Luckily there’s no Drano at hand, not that it would matter because most people would say I have no feelings to hurt and no life to lose.

I’ve seriously thought about quitting several times, and even prepared “final” posts on at least five separate occasions, but I’m chained to this thing now whether I like it or not.

I’ll try and sneak in some innuendo, pun or in-joke that I hope everyone picks up on and hails in the comments section. When nobody does I actually get quite annoyed. That doesn’t stop me trying.

Or, on the flipside, I’ll wheel out something so dark, that if this blog had any ounce of publicity I’d probably have protesters descending upon it.

I also have have a strange habit of of accidentally typing things things twice. However, luckily for you, I haven’t used“however” as often this this time around.

I’ll add a link to a Plaid Cymru policy and/or announcement despite trying to maintain the pretence of being obviously so completely 100% impartial. If I’m feeling up for a real challenge, I’ll try and shoehorn in an argument in favour of independence too – no matter how tenuous.

Here’s where I go on a big rant. I have a habit of making things bold because I don’t think you have the attention span to read through the whole thing. I don’t blame you.

I’ll probably finish with some Aesop fable type “speech”, which I could’ve just used as the main body of the blog itself, but for some reason I feel I owe you at least 1,000 words a post, simply to give you the impression that I put more effort into this than I actually do. That’s also to offset the fact I might not actually say more than 1,000 words a week.

This blog should forever stand as a monument to humanity’s wasted potential, and the inane chuntering of the internet.