Bridgend Council has, as the title suggests, selected the Mynydd Cynffig junior school site for a feasibility study into a replacement single-site primary school for Kenfig Hill (pdf).

Plans for a new Mynydd Cynffig Primary were revived earlier this year when damage caused by a failure of the heating system left the infant school in an unacceptable condition.

Seven possible options were considered including the previously-rejected plan for a 3-19 “all through” school at Cynffig Comprehensive, a new single-site primary at the current infant school or a more modest extension of the current junior school to accommodate infant pupils.

The junior school site was shortlisted to go forward largely because there’s more suitable land available. Despite this, the report adds that there are land issues “which would need to be resolved” though they’re not believed to be insurmountable.

Subject to design, planning, feasibility studies etc. £10.2million will be made available for the new school, which would be two-form entry with 75 nursery places. 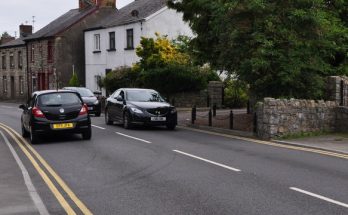