Most of the news over the last few weeks has been focused on the devastating impact of inland flooding, but Bridgend county faces a threat from the sea too.

BCBC’s cabinet is set to put a contract out to tender for improvements to coastal flood defences at the Western Breakwater, Eastern Promenade and Rhych Point (pdf). 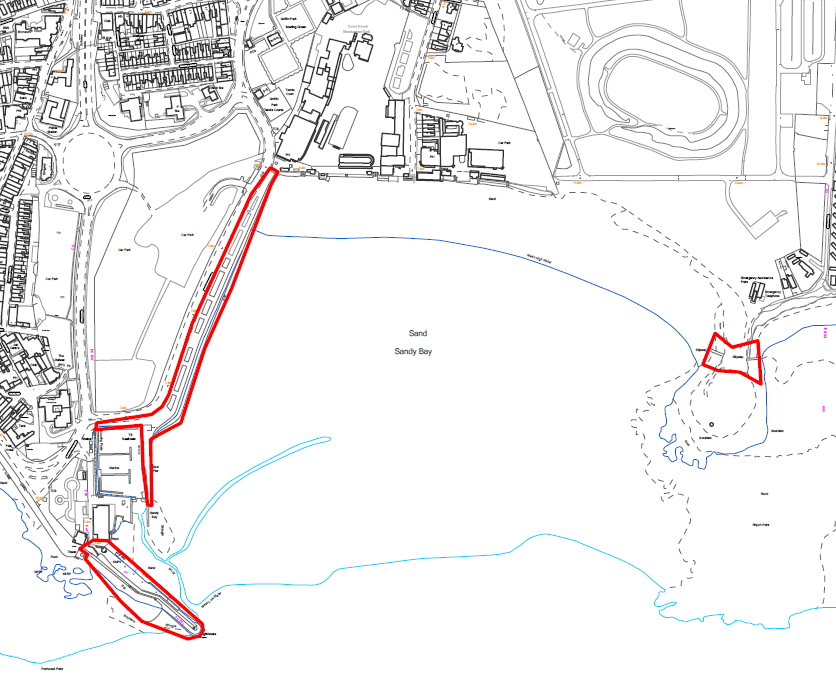 The report says the sea wall structures are “nearing the end of their life”, while there’s been a noted deterioration in the Western Breakwater – which was first constructed in the 1820s.

While improvements to Eastern Promenade are seen as a key first step in securing redevelopment of the Salt Lake site, the report also says that a failure to improve the defences would result in more than 700 properties being at risk of coastal flooding as well as a retreat of the Sandy Bay shoreline.

The scheme is expected to cost £5million though – subject to the approval of BCBC’s business case – the Welsh Government may fund up to 75% of the costs, with the rest (£1.25million) falling on Bridgend Council’s capital budget.

Subject to a contract being agreed, the work could start as early as spring/summer 2020, with the new defences having an operational lifespan of 100 years. Any works are expected to last up to 18 months.