It’s the most wonderful time of the year, where I spread joy and happiness to the citizens of Bridgend by telling you how ruthlessly public services are going to be cut (due to never-ending austerity) and how much extra you’ll pay for the privilege. 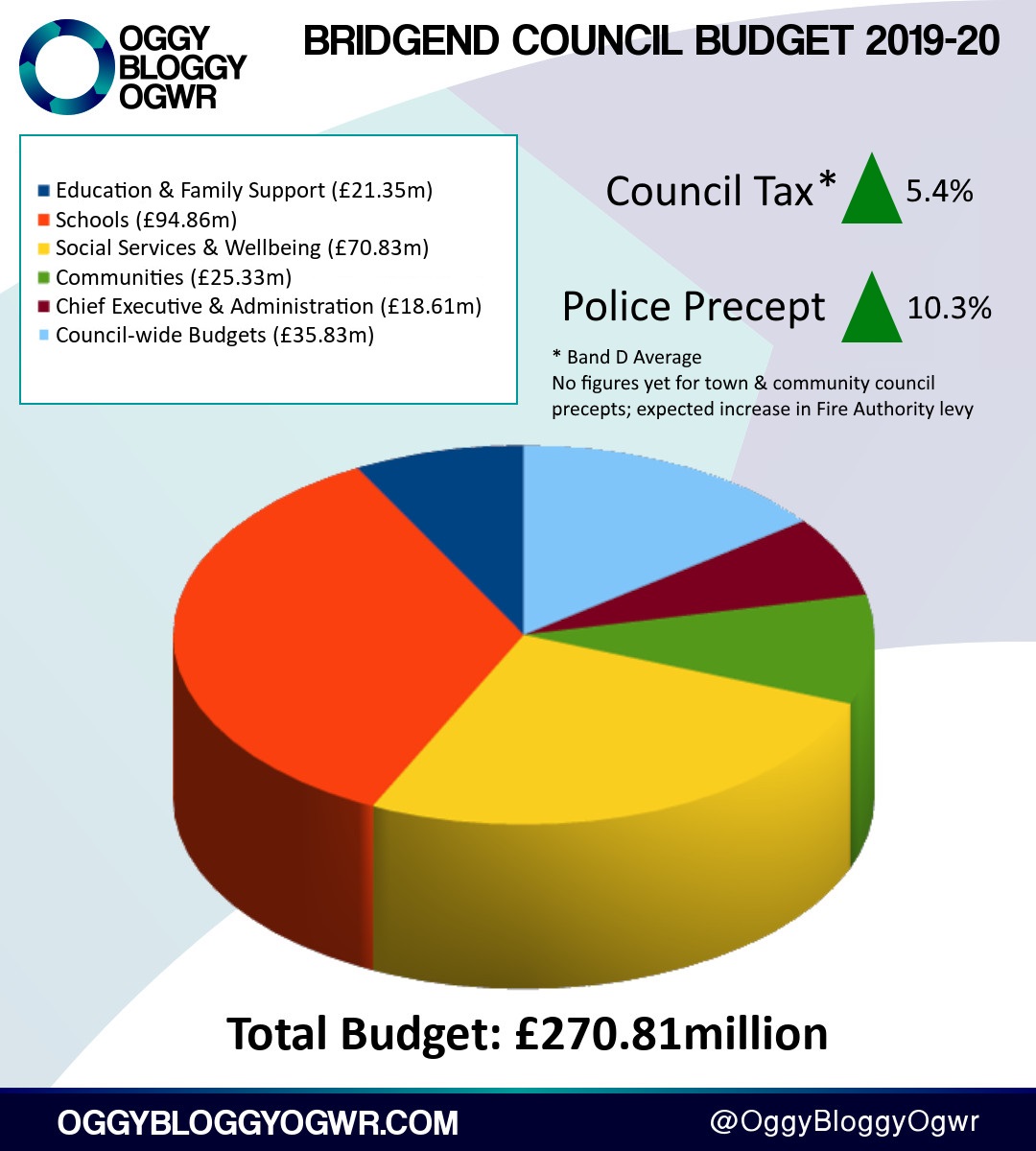 Like last year, the Welsh Government have moved to ensure no council faces a cut to their grant greater than 0.5%. However, BCBC’s financial officer estimates that due to new responsibilities and spending commitments there’s effectively been a 1% cut to Bridgend’s budget.

There was a large under-spend of £5.32million at the end of 2018, but this was because grants had been made available to BCBC by the Welsh Government to prepare for changes to teachers’ pay and social care funding.

In total, the council intends to find £7.62 million in savings for 2019-20 and expect to need to make £35.2million in cuts and savings over the next four financial years (of which only £13.8million has been found so far).

Like last year, there’s no proposed cut to the schools budget but it’s unclear how long this can be held off for. One of the more controversial proposals is the possible closure of Bridgend Bus Station if alternative finance can’t be found; this was, however, backed by a large number of people in the budget consultation.

The Cabinet is discussing the budget tomorrow and a full council debate and vote on the budget are due to take place on 20th February 2019.

Where are the cuts and savings going to happen this year? (pdf)

Capital spending is used to pay for new projects and is a separate budget from day-to-day spending (revenue spending). In total, BCBC will have just under £36.2million to spend on capital projects in 2019-20. This is a modest increase of around £690,000 on the revised figures for 2018-19.

As for the highlights:

If you think councils put up council tax just because they can, listen to this evidence – from the leaders of Newport and Torfaen council respectively – to a Senedd committee last year. Even council leaders accept it’s a crap way to raise money but have few other options:

There’s no word yet on what town and community council precepts will be, but you can expect an increase there too. More details when they become available. Bridgend is also expected to be charged an additional £330,000 by the South Wales Fire Authority due to pension pressures – which will ultimately be passed on to taxpayers.

In terms of fees and charges there are a number of changes (pdf):