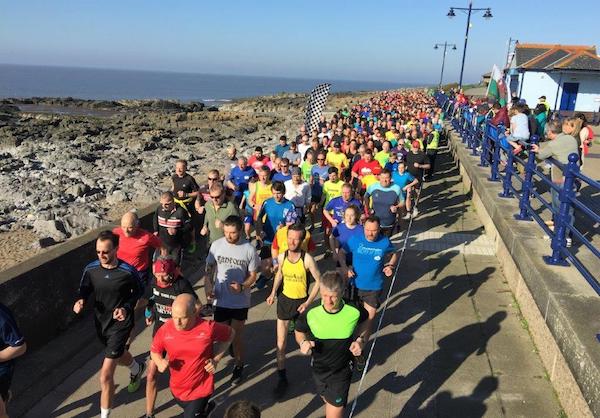 Bridgend Council is seeking to establish a partnership with Run4Wales to bring a 10k series to Porthcawl (pdf).

The report, to be discussed by BCBC’s Cabinet next week, says that recreational running is currently going through “an unprecedented period of growth”, with participation more than doubling across Wales between 2009-2014. It’s now estimated around 336,000 people regularly run in Wales.

Run4Wales has set up a 10k series with runs in Cardiff Bay, Newport and Barry Island and Porthcawl could be added to the list in 2019. Two further events could take place in 2020 and 2021.

Citing the Barry Island 10k as an example, the report says up to 3,500 people take part – including shorter junior and family races – and thousands of pounds was raised for charity.

The exact time, date and route of any Porthcawl 10k would still need to be decided and it’s unclear yet whether BCBC will be expected to make a financial contribution – though any decision would be based on the support (where applicable) offered to the Elvis Festival, Senior Open Golf Championship and 2017 Urdd Eisteddfod.

A ballpark figure of £10,000 has been mentioned and it’s said this would cover around 12% of the running costs.