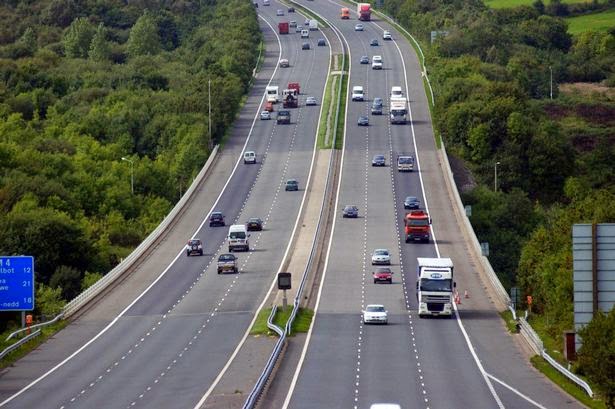 Accidents on motorways are a fact of life, despite them being generally safer than other road types – everyone’s going in the same direction and the two carriageways are divided by a barrier.

Nevertheless – driver error aside – there’s something about the M4 around Bridgend which makes it an accident blackspot, with another two people losing their lives on the stretch between Pyle and Margam a few weeks ago.

Earlier this year, Wales Online published a Google map showing where accidents have happened along the M4 between 1999 and 2017.

The stretch around Bridgend is particularly dangerous. I count 13 fatal accidents between St Mary’s Golf Club and Kenfig Industrial Estate – near enough the same number as around Newport – and (by my count) a total of 71 serious and fatal accidents combined over the same stretch (working out at about 9 serious or fatal accidents a year).

For once, this can’t be blamed on Bridgend Council – the Welsh Government’s South Wales Trunk Road Agency is responsible for the M4.

I suppose the question is, why do so many accidents happen on this stretch of road?

Bends & Hills – The Bridgend section of the M4 was built in the 1980s and features some extensive engineering to cope with the hills around Bridgend itself – including the Ogmore viaduct. There are some steep climbs and, in some places, fairly sharp corners by motorway standards (like at North Cornelly). This may lull drivers into a false sense of security, particularly if they’re speeding.

Junction Layout – Most of the accidents seem clustered around the junctions. The fact all of the junctions are placed just after or before bends or descents doesn’t help. Drivers might not have enough time to see vehicles coming onto the motorway. Some sliproads at Sarn and Pencoed are quite short, meaning vehicles joining the motorway may be travelling slower than usual, while those exiting may have to brake harder.

Coming out of the Margam bottleneck – The M4 between Carmarthenshire and Port Talbot is two lanes in each direction and around Port Talbot also has a 50mph speed limit. After Junction 38, it widens into 3 lanes and this might lead to drivers stuck behind slow moving traffic accelerating and misjudging the corner around North Cornelly.

Microclimate – The M4 around Bridgend is about 50m higher than the surrounding land and has a claim to be the highest part of the motorway network in Wales at around 115-120m. It’s also exposed on both sides for most of its length with little either side to shelter it. This means when it rains it’s often a driving rain while vehicles will be exposed to crosswinds on the Ogmore Viaduct and near Margam. The lower lying land around the motorway produces a lot of fog too when the conditions are right.

Poor maintenance – While this isn’t a problem unique to Wales there are stretches of motorway full of potholes and worn surfaces which, while unlikely to directly contribute to accidents, will give drivers unexpected surprises. I don’t believe there are any specific problems around Bridgend, but there have been problems at the Swansea end.

What can be done?

I don’t know, to be honest. The key thing is for drivers to take greater care, but in terms of dealing with some of these issues, improved drainage, a rolling programme of resurfacing, introducing longer slip roads (where physically possible), remodelling junctions and maybe introducing so-called “smart motorway” technology between Pencoed and Swansea might go some way towards making the M4 safer.

The question, as always, is who would pay for it? As said, the motorway itself is a Welsh Government responsibility, but Bridgend Council may or may not have an influence on junction design. 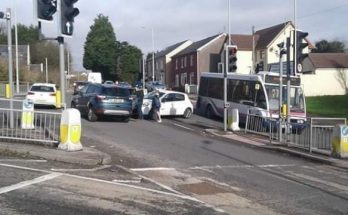