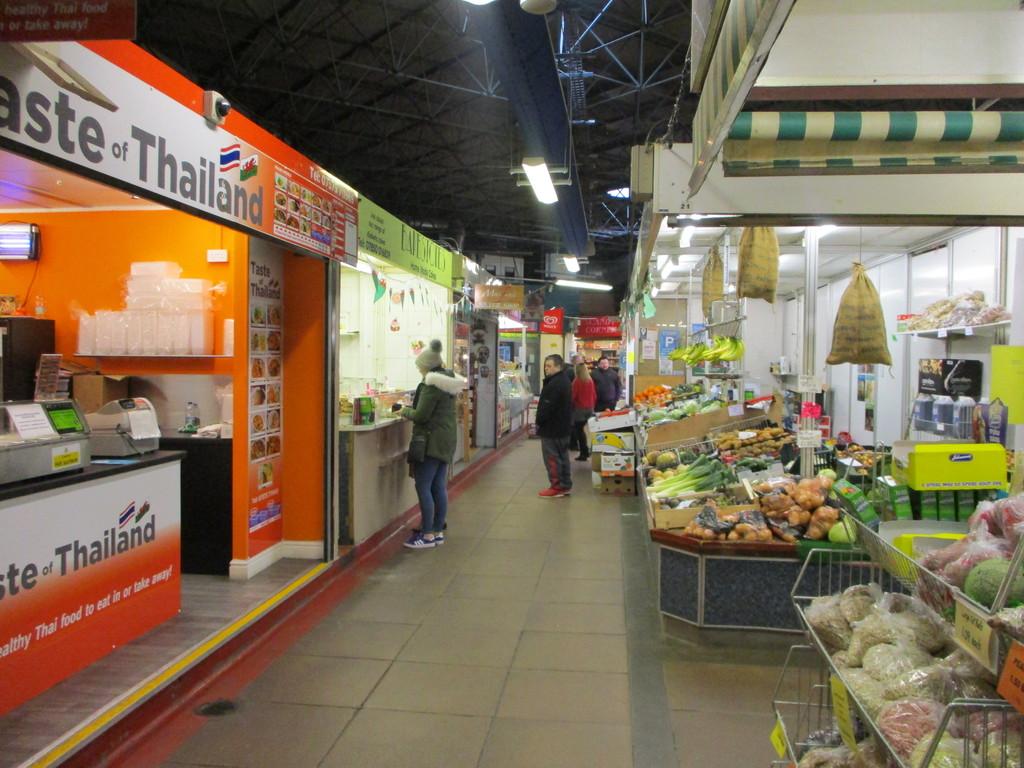 There’s been a sense of anxiety amongst town centre traders and the public about the future of Bridgend Market, but BCBC has finally published its turnaround plan (pdf).

BCBC currently have a 99-year leasehold on the market (which runs until 2071), and the terms of the lease require that the rent for market traders is reviewed roughly every 14 years, with the next review due in 2021.

The market currently costs £360,000 a year to run, but due to a large number of vacant stalls (said to be a whopping 44%+), income from traders has fallen to such an extent that the market now has an annual £193,000 deficit.

The relatively high rents (compared to town centre shops and similar markets) and high vacancy rates have been cited by former traders as their main reasons for leaving.

A temporary rent-rebate ran from December 2017-March 2018 but that’s now over. Watts & Morgan – who were tasked with marketing vacant stalls – marketed them at 70% of the current rent. However, three more stalls closed and another £37,000 in income was lost.

Although the report didn’t say this, the numbers are so bad it’s safe to say Bridgend Market is under threat. Officers did, however, emphasise the need for “radical and prompt action” on rents and other issues in order to secure the market’s future.

The proposals are designed to stabilise the current situation and put it on a stronger long-term footing, with rents likely to gradually increase as stall occupancy increases – but officers admit that the market will continue running on a loss of between £130,000- £160,000 a year for several years.