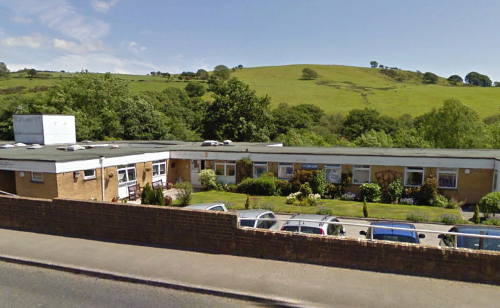 BCBC policy has been to move away from traditional forms of residential care to what is called “extra care” facilities – care homes where the residents live largely independently, with some services and nursing care provided on-site. It’s said to cost just £107-a-week to look after someone in an extra care home compared to £500-a-week in a traditional residential care home.

Two extra care facilities are currently under construction in Maesteg and Ynysawdre. A third facility, Llys Ton, was opened at Kenfig Hill in 2013.

While it was originally intended for the extra care facilities to replace all 3 council-run residential care homes, a proposal was put forward in 2016 for Ty Cwm Ogwr in Pantyrawel to be sold as a going concern and (possibly) converted in a nurse-run, elderly mentally infirm (EMI) residential care home over time.

Residents, their families and staff were surveyed and 90% of them support the proposal, mainly because it would mean less upheaval for residents and it would maintain a care facility in the Ogmore Valley. Of the objectors, one person raised concerns about privatisation.

It’s expected that a tender will be ready by March 2018 and if BCBC can secure a buyer, the takeover process will start in July 2018. All 40 staff employed at Ty Cwm Ogwr are expected to transfer to the new owner under TUPE.

BCBC currently spends £1million a year on Ty Cwm Ogwr, of which £890,000 is on staff. BCBC may have to provide some short-term funding to cover any shortfall in staffing costs (as independently-run care homes often have lower running costs) but the sale of the building and land is expected to raise money for the council, though precisely how much isn’t clear at this time.