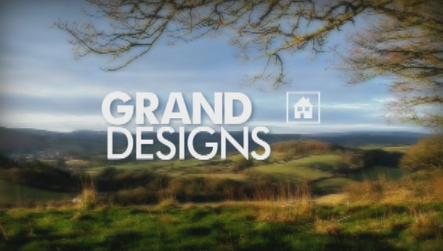 Cardiff is currently undergoing a building boom driven by a fetish for student flats which are marketed as an investment and kept afloat by the Bank of Mum and Dad; their precious offspring isn’t going to slum it in Cathays when studying for their BA in Degree Studies.

Under normal circumstances, this would be the prelude to a bubble. Though while such effort is spent building bespoke 20-storey towers of stacked over-priced shoebox apartments – for a transient population that doesn’t stick around for very long – what happens to everyone else who actually wants to or needs to stay in the city?

When he was in the army, Johnny was ‘Taff”. Now he’s nobody.

Until recently he was cycling up and down the streets of Cardiff for minimum wage delivering insulated bags full of lamb bhuna to students, as well as the stag and hen parties who stay in those aforementioned towers. Then he suffered a recurrence of an old injury, couldn’t work and was evicted from his bedsit.

After being priced out of the city and being unable to afford a student apartment he decided to take a radical decision: build a crowdfunded bespoke city centre studio apartment, with no planning permission and no project manager.

The exterior is constructed using a prefabricated double-layer of recycled fibreboard, glued to a corrugated cavity which acts as insulation.

The internal heating system will be powered by strong alcohol and opiates.

In a radical step, one side of the building will be permanently open to the elements, acting as a form of self-regulation to equalise the interior and exterior climatic conditions. It will also allow Johnny to drink in the scenery, creating a juxtaposition of cardboard and concrete.

Despite this sheer open front, his privacy will be guaranteed by the surrounding buildings in the alleyway. Nobody will even know he’s there.

He hopes to be in by Christmas.

I caught up with him a few minutes later.

“You can see how the exposed bricks on the opposite wall, combined with this fibreboard bring out the back to basics vernacular of this street scene. You would almost think you were rubbish left out for someone else to clean up.”

“Someone like the Ministry of Defence or the DWP, eh? Ha Ha Ha.”

But then….disaster. One of the walls had become sodden with water from an leaking overhead duct and collapsed, while a surge in people asking for money to use public transport somewhat ironically crowded out his crowdfunding campaign.

“How much is that going to cost you?”

“Just have to wait for Tesco Express to chuck another box out.”

Tesco Express told him to move on.

It’s nearly Christmas and I’ve returned to Cardiff eager to see what Johnny has done with the project.

“Wow. The first thing that hits you when you come into this alley is the earthy smell. It’s very rustic, reminiscent of the dark satanic mills or the steelworks and docks of Cardiff with a hint of urine.

“I love what you’ve done with this sleeping bag, it extends the front of the apartment without drawing too much attention to itself. Isn’t that right, Johnny?….Johnny?”

The first actions people in a position to do something about this seem to take is book a nice conference or award ceremony priced at between £50-70-a-head, say they’re going to do something – or pat each other on the back for what they’ve already done – then actually struggle to do it, either because the problems are overwhelming, they don’t have the resources or they’re too busy talking and holding seminars and conferences.

Have we become pretentious about housing and turned the whole idea from being primarily about finding somewhere to live to nothing more than a glorified cash cow or wealth transfer from the young to the old?

Why are housebuilders and local authorities in places like Cardiff building or granting permission for statement apartments for students, when the statement they should be paying attention to are those sleeping and dying just a few hundred metres away in parks?

Johnny took things into his own hands because he had no choice. He had to work with a broken system. This visionary….this….modern day Diogenes of Sinope… should make us question the very idea of what a home is supposed to be.