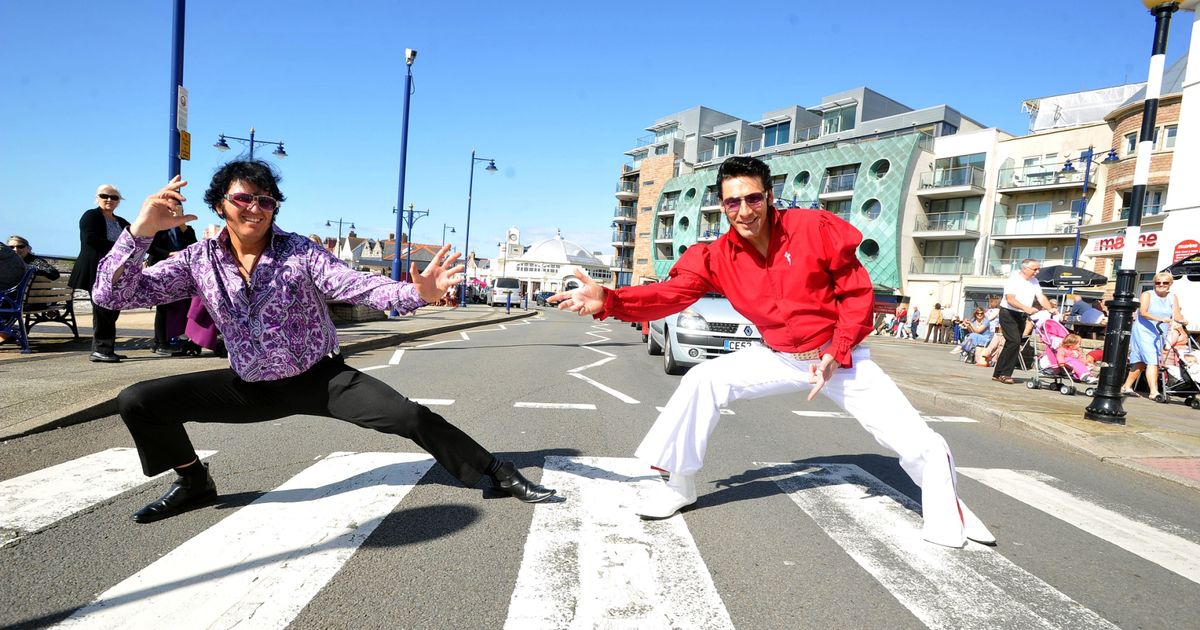 With only a week to go until the annual Elvis Festival takes place in Porthcawl, Bridgend Council’s Licensing Committee have granted organisers a street trading licence.

A webcast is available here.

Prompted by a question from Cllr. Stuart Baldwin (Lab, Morfa), a Licensing Officer said this was the first time the Elvis Festival has sought a street trading licence.

The Festival has received “valid criticisms” from South Wales Police that it was a “drinking event”, so the Police encouraged Festival organisers to provide family-friendly entertainment to spread the crowds out and away from pinch points.

As a result, organisers applied to put food and merchandise stalls on the Esplanade, but one location – on the junction of John Street with Lifeboat Road – was rejected by BCBC’s Highway Department.

A Highways Officer said the area has obstructions like a telephone box and locating a stall there would force pedestrians to walk in the road – where a temporary two-way traffic order would be in place due to the road closure on the Esplanade.

Festival organiser, Peter Phillips, didn’t accept comments from BCBC to BBC Wales about it being a “late application” as the process started in October 2016 and the application was submitted in July 2017. He told the Committee he had no discussions with the Highways Department despite trying tried to set up meetings.

Mr Phillips criticised the “unnecessary limbo” the Festival was put into, describing it as a “shambolic process” to be a week out from the Festival with no licence in place.

Cllr. Julie Williams (Ind, Hendre) asked whether it was now too late to put the stall there and also how big the stall was?

Mr Phillips was unsure whether there would be enough time to organise a stall even if the application were granted, though he suspected it would be about the size of a normal burger van.

The Chair of the Committee, Cllr. David Lewis (Lab, Sarn), accepted the situation “wasn’t fair” but issues about timings and meetings will have to be dealt separately to the licence application.

After private deliberations, the Licensing Committee approved the application on condition the food stall is located as close to the wall as possible and away from dropped kerbs.