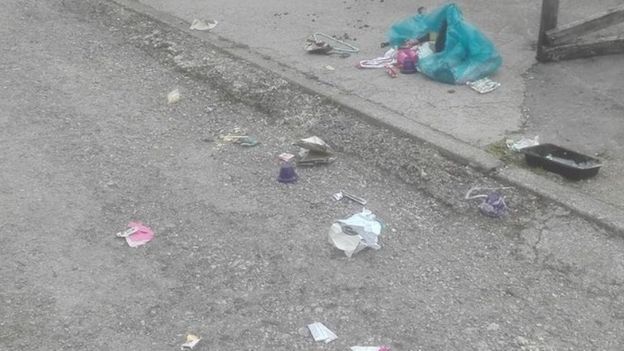 Bridgend Council’s Scrutiny Committee 3* have been warned that street cleaning services could face serious problems in an officers’ report due to be discussed tomorrow (13th September).

The report outlines how Bridgend Council (BCBC) is progressing towards some of its key objectives in terms of “livability” (pdf).

The Cleaner Streets service has received 200 referrals from councillors over the past year. However, since 2014, 31 staff have gone (including managers, administrators etc.), while the service was more recently hit by Valleys2Coast housing association taking street cleaning services in-house – costing Bridgend Council £100,000 – on top of a cut back in overtime.

The report warns the Committee that should the £1.2million Cleaner Streets budget be cut any further, the service will reach “a tipping point” where cleaning may only take place where there’s a proven need instead of as part of a regular rotation. This may mean BCBC may fail to meets its legal requirements with regard environmental protection.

The report also had some good news.

Cuts to grass-cutting on roadside verges have had a positive impact on biodiversity (particularly bees), while the creation of roadside meadows has provided “low cost aesthetically pleasing colourful displays of annual flowers”.

As making Bridgend county a “place to visit” is one of the BCBC’s “livability” goals, despite BCBC shutting its tourism information posts in favour of online-only tourism promotion (Bridgend Bites), it’s largely been a success, with the county attracting national events such as the 2017 Urdd Eisteddfod and the 2017 Senior Golf Open Championship.

*I have no idea why BCBC have decided to give their scrutiny committees numbers instead of a subject area. No, the meeting won’t be webcast either so we’ll have no idea for a month what councillors said in the meeting.