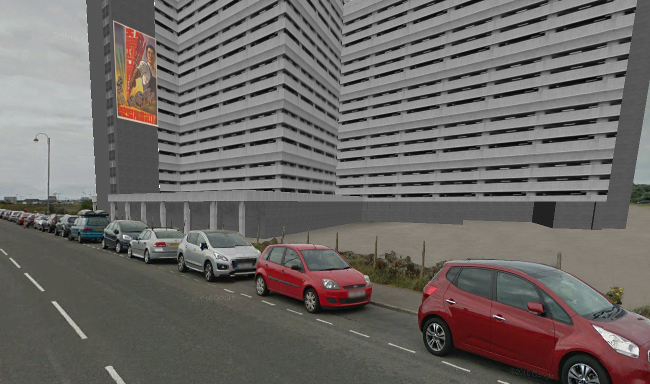 Ending the best part of a decade of uncertainty, a long-derelict site in Porthcawl is to host a spectacular centrepiece of Bridgend Council’s regeneration plans for the town.

Salt Lake is to be transformed into Europe’s biggest multi-storey car park. The towering landmark development will have the capacity for several thousand vehicles over at least 30 storeys.

A Bridgend Council spokesperson said, “The Rhiw was just the beginning. Instead of begging retailers to anchor a multi-purpose, multi-use development, we’ve decided to replace the Salt Lake car park with a car park.”

“You’ll be able to see it from Somerset on a clear day. We’re confident that securing one of the largest multi-storey car parks in Europe for Porthcawl will attract visitors from far and wide.

“The great thing is they’ll also have somewhere to park. Think of it as an interactive piece of municipal performance art.”

“We know people miss the flats that used to be on the corner of the Esplanade, but Bridgend Council are committed to bringing that magic back and restoring pride in south Wales’ premier seaside resort.” 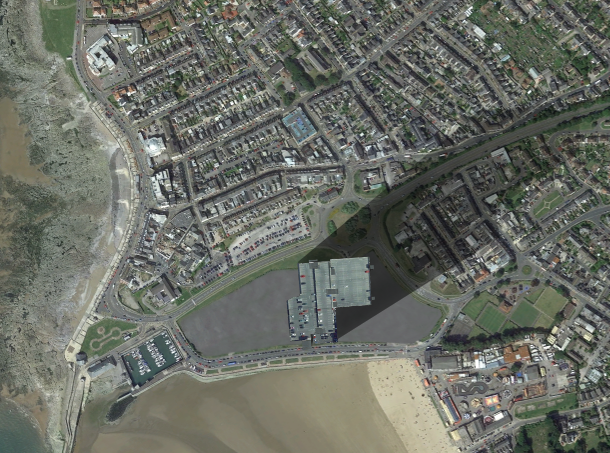 It’s understood the new development will also act as an “architectural sundial”. By casting a shadow over Porthcawl, it’ll give people a rough idea what time it is as well as remind them how time keeps passing the town by. By shielding the eyes of approaching motorists from the sun, the development has secured funding from the Welsh Government’s road safety initiative.

The building was designed by the world-renowned director of the Pyongyang School of Architecture, Park Yu-cha, one of the leading experts in 21st century brutalism.“We’ll be using pre-cast concrete for stairs, car park levels and pillars.”“What about the area around the car park?” I asked. “Some planters, or….?”

“Concrete.” they said. “A question I asked myself when working on this project is, ‘How can I make Porthcawl more brutal?'”

When it was put to them that local residents and businesses may be disappointed it fails to live up to the ambitions originally laid out for the town, Park said dismissively, “Yes, yes, they will ask, ‘What have you done to our town? Where’s our bloody swimming pool?’ I tell them, ‘Have you ever tried making a swimming pool out of pre-cast concrete?’

“But one thing I found refreshingly familiar about working in Wales is that you don’t ask difficult questions. You just get angry instead of thinking of sensible ways to get what you want.

“You don’t stay informed about politics because your own media is an empty husk. When deciding which newspaper to buy, you base it on whether they have a free Poirot DVD, a big pair of tits or are adding to the never-ending list of ‘Things That Give You Cancer’.

“You’re willing to put up with whatever government gives you because ‘it’s always been like that’, or ‘it’s someone else’s fault’. You can’t picture anything better because you’ve stopped thinking you deserve better and you expect to be let down.

“The only difference is I come from country where a single party dominates and we don’t have the ability to choose who governs us. As for you….”