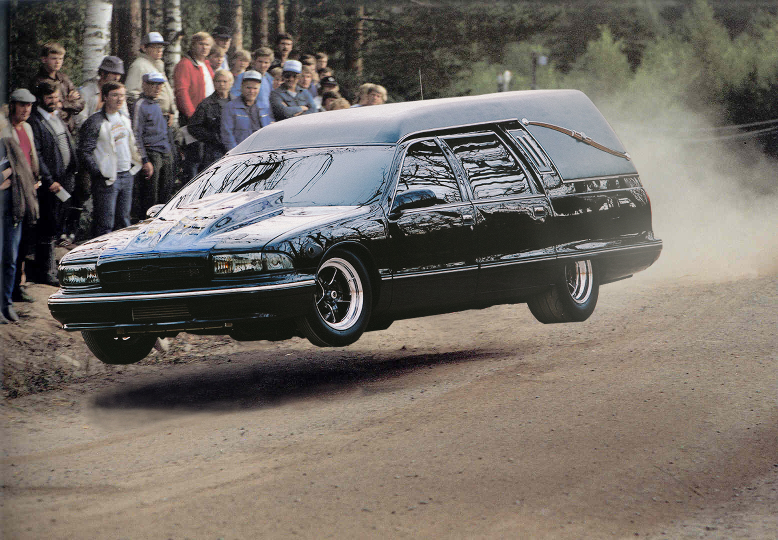 Our crippling, and deeply unhelpful, obsession with nostalgia and relics of the past could soon see over-powered production cars using Wales’ narrow and poorly maintained forestry roads at 70mph.

Since surprising everyone by winning seats in May’s Assembly elections, the Serious Business Party have already made their mark, pressing ahead with calls to bring back school bullying, the 10p Freddo and dignity to UK politics.

“We could be written off as a bunch of thugs knocking each other out and stabbing each other in the back for meaningless titles, but we have a bit of class here in the Serious Business Party”, *~ PriNceSs NuggZ~* AM (SBP, Upper Decker) said, before picking her arse and sniffing her fingers. “We also understand that not winning an election means you’re in opposition by default”.

“If we’re going to bring stuff back that nobody really wants, then we can at least bring back stuff that future generations will use as a yardstick to measure how uncivilised we are”, the party’s sport and culture spokesjuggalo, Warwick Rumblington-Tumm AM (SBP, North Southton), told the Assembly.

“The good old days : No elf ‘n’ safety and entire families could go out into the forests and enjoy the rally, before an Audi Quattro mows them down by the dozen.

“The only way you would get those levels of audience participation at present is if someone threw a few grenades into a midnight showing of ‘Rocky Horror Picture Show’.

“The World Rally Championship is for boys. Group B was for men. Unless you were a woman. Let’s bring communities together, then let a 500 horsepower supercar with an unprotected fuel tank under the driver’s seat tear them apart. Straight to Valhalla.”

Group B had a chequered history and is perhaps the only sports championship in history cancelled because of spectacular spectator deaths.

As one former rally driver famously described the Group B crowds, “They are only bushes to us – only trees; if we think they are people, we cannot drive”. It’s statements like that that make you realise the golden years may not quite be as golden as you think they were, and that ugly things can still be ugly even if you’re wearing rose-tinted glasses.

It’s a good thing bushes don’t have families.
“Let the Finn’s corpse burn itself out,” say the marshalls.
Skull on bonnet, leg up a tree,
Child cradling mother’s carcass,
Brain put in a bin bag.
The Peugeot driver’s fuming he missed the cut.

“One day,” he pointed to the half-interested AMs around the chamber, “when Wales falls before the Serious Business Party’s brand of nihilist populism, as piles of bodies lying dead at my feet I will think of you all sitting here weak and impotent. And I will laugh.”
After the National Assembly accidentally approved the SBP motion because none of them were paying attention, the Economy & Infrastructure Secretary, Ken Skates (Lab, Clwyd South), gave the proposal tacit support.

“2017 will be Visit Wales’s ‘Year of Hell’,” he explained. “Group B could play a valuable role in our vision for making the most of Wales’ natural assets on a long-term, sustainable footprint. Our forests are recognised as being amongst the best in Europe, and the Welsh Government will offer all the support we can promote them as the best stage for weeping parents and impromptu explosions. “This is an open invitation to the world: come and see your countrymen burn.”