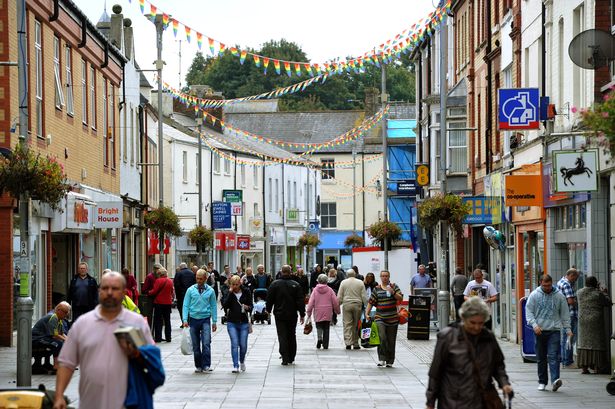 It’s time for another round up of some of the key issues to be discussed by Bridgend Council’s (BCBC) cabinet and full council this week.

As I mentioned a few weeks ago (Bridgend run by hot air & more), BCBC are in the process of establishing a Business Improvement District (BID) to cover most of Bridgend town centre.

All businesses in the proposed area with a ratable value of over £6,000 will get a vote on whether the BID goes ahead or not. As BCBC own five ratable properties in the proposed area, they have five votes. If the BID goes ahead, businesses within the area will pay a levy on their business rates bill to go into a central pot to fund certain improvements.

Some new bits of information have been revealed in an appendix to the report (pdf):

As mentioned, BCBC has five votes. In the event of a yes vote, BCBC would have to contribute a levy of just under £12,900.

Officers argue that as the BID is “an important tool in stimulating economic development of the town centre” they’ve recommended cabinet members agree to BCBC voting yes in the ballot. It would be pretty embarrassing if they didn’t.

This is another update to another recent post (Bridgend Pedestrianisation Report Released). As said then, BCBC’s cabinet are to discuss this tomorrow (June 7th).

As you might remember, Capita put forward four possible options :

Officers acknowledge the report’s concerns and statistics relating to accidents pre and post-pedestrianisation and accept that de-pedestrianisation is a risk to road safety. However, they add that as shopping habits have changed and footfall reduced, the situation is unlikely to be as bad as it was before 2004.

One thing officers disagreed with Capita on is the option of reducing pedestrianised hours to 11am-3pm as that would create uncertainty in pedestrians’ and drivers’ minds and could lead to more accidents.

Officers favour Option 3 as it’s, “the most balanced scheme in terms of road safety, implementation cost and impact on highway infrastructure”.

Cabinet members are warned – in black and white – that there’s no money to do this and it have to be found from other sources. Part of the BID levy could be used, but as it’s only going to be £472,000 over three years, it wouldn’t cover the whole costs of de-pedestrianisation. It’s recommended BCBC make a bid for money in the next round of Welsh Government regeneration funding.

If the cabinet agrees, the proposals will be put out to public consultation soon.