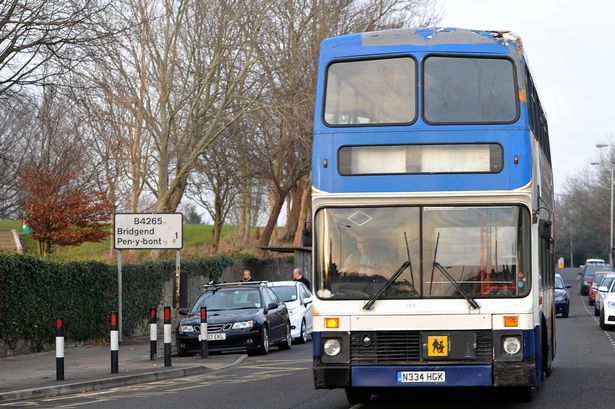 Once again, it’s time to look at some of the key items on the agenda of Bridgend Council’s (BCBC) latest cabinet meeting, which is due to be held tomorrow. They all have a “wheel” theme.

Bridgend Council have been reviewing school transport on and off for the best part of 15 months. The original proposals provoked protest from faith schools in particular (Who gets hit by Bridgend’s school bus changes?), so BCBC went back to the drawing board and tweaked their plans.

The latest plans are (School transport back on the agenda & more):

Last month, the Children & Young People Scrutiny Committee had a chance to look over the public consultation results (pdf). According to the cabinet report, the committee agreed with the proposals, but couldn’t make a firm recommendation based on the consultation evidence presented to them by officers. Instead, they gave a number of observations that they want the Cabinet to take into account when finalising their school bus policy :
As the Committee didn’t have complete confidence in the consultation, they offered their own recommendations based solely on the three proposed options.
“Meals on Wheels” Prices Set to RiseAlso discussed were options to make a £122,000 saving from BCBC’s “Meals on Wheels” services (pdf)*. Currently, local authorities have a duty to help the disabled (in particular the elderly) receive hot meals if it’s deemed necessary.

246 people in Bridgend county currently receive “meals on wheels”. Only 5% of recipients are aged under-65, while the rest are predominantly aged 75-95 with almost half aged 85+.

Staff from BCBC’s Wellbeing Directorate visited the recipients at home, and tried to plug alternatives; but judging by the report, the service users were having none of it and “expressed dissatisfaction” with any proposed price rise. However, very few people said they would cancel the service based on a cost rise alone. BCBC are also assisting people to live independently by working with them so they can cook their own meals or prepare frozen meals provided for them.

At the moment, BCBC subsidise the meals .They proposed to withdraw the subsidy and charge full-cost in 2013, which would’ve seen costs rise from £3.68 to £5.11 per meal. However, BCBC abandoned the policy and instead increased prices in line with inflation to £3.94 in 2014-15.

Since then, the cost of providing the meals has risen from £5.11 to £6.68 due to increased staffing costs as a result of job evaluation and fewer meals being prepared.

As options 1 & 2 would result in staff redundancies costing £140,000, officers recommended option 3. As a result :
There is a sting in the tail. The figures are based on an assumption that all service users will be charged the same price. People in “moderate need” – of which 98 of the 246 are – may no longer be eligible for meals on wheels in future as a result of changes to eligibility criteria currently being drafted by BCBC’s social services department. If that happens, it puts the business case for the changes on a knife-edge. So BCBC have proposed that “moderate need” users would still be eligible for subsidised meals until an alternative can be found.

In addition, it looks as though the service will be reformed from 2016 onwards, with social enterprise involvement and regional collaboration mooted in the report.

*I should make it clear that I’m not related to Carmel Donovan, who’s named in the report as BCBC’s Integrated Community Support Manager.

Finally, it’s time to turn to another outcome from the 2015-16 budget – changes to disabled parking and blue badges (pdf).

As you probably all know, people with limiting disabilities are eligible for blue badges which gives the badge holder a right to park on double yellow lines for up to 3 hours and park in many car parks free of charge (in designated disabled spaces).

However, these changes have come under criticism, with some councils – in particular Swansea – rejecting large numbers of applications for the new badge, even from people all of us would consider legitimate claimants. AMs have raised this time and time again in the National Assembly.

Bridgend county currently has around 10,900 blue badges in circulation. Of these, it’s said 15% may be being used fraudulently. Also, there are only 68 disabled spaces at council-run pay and display car parks.

The Good News: BCBC are set to provide an extra 45 disabled parking spaces in Bridgend and Porthcawl. An extra 13 spaces will be provided at John Street and Hillsboro Place in Porthcawl, while 32 spaces will be provided across the eight car parks in Bridgend itself – with the vast bulk of those (19) being provided at the Cheapside multi-storey (where the shopmobility scheme is relocating to – Bridgend on the move). Ticket machines will also be made disability-compliant.

The Bad News: Blue badge holders are set to be charged the same rate to park in council-owned car parks as other users, though they’ll get an extra hour free. So if a blue badge holder buys a ticket for 2 hours, they can park for 3 hours. This will raise £165,000 for the council and was backed by 58% of respondents to the budget consultation (including myself, it’s right to point out). Also, there’s nothing in the proposals for extra disabled spaces at the free car parks in other major towns like Maesteg, Pencoed and Pyle.

The proposals will now go out for consultation with “key stakeholders“ before any final report is prepared.