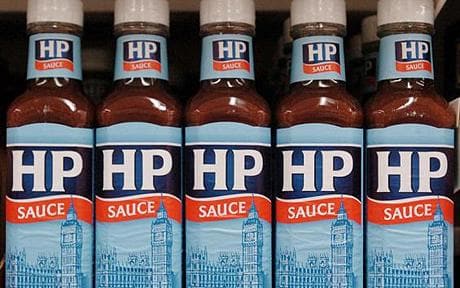 An anonymous Senedd source has exclusively revealed that the National Assembly considered launching their own range of sauces, but the idea was scrapped following an embarrassing incident.

Each party group were to go before guest judges at the Pierhead Building – Masterchef’s Gregg Wallace and John Torode – to decide a winner. The winning sauce was to be sold to raise funds for a Postman Pat ride on the steps of the Senedd, which will be officially opened by Made in Chelsea’s Her Majesty The Queen.

The contest was dubbed a “PR disaster” and all footage has been suppressed. After painstaking investigative journalism involving flying monkeys and massive bong rip (in no particular order), it was smuggled out, and I can reveal the details of this new low point of Welsh devolution.

First up was Carwyn, 46, Bridgend.

“What’ve you made for us today, Carwyn?” asked John.

“What we know,” Carwyn says, “is that I’m carrying out a due diligence process with this saucepan over a low heat – subject to a sustainable anonymous sauce – before following a pathway towards a framework of chips.”

“But what the people of Wales want to know,” Carwyn turns to his well-wishers, pointing at the judges while leaning on the counter, “is what are Gregg and John doing!?”

“It’s a bit….blaaand,” Gregg appears disappointed with himself for going back for more. “Very little seasoning. It’s also a bit thin. I can’t taste nuffink,” he added, licking not only the plate, but the bottle clean.

“To be honest, Carwyn,” John says, “when you first described it, it didn’t sound like much, but it was achievable in the time we gave you. It told us you were playing it safe.Yet….” he pulls a pained expression, “you’ve delivered so little here today.”

“Do you have any more, please?” Gregg asks. “Thirty bottles should do.”

Next up was Andrew, who introduced himself with a video.

“ORITE!?” Andrew stands outside his farm. “MY YURS CAN’T STOP RINGING! CAN YOU YUR ME!? CARWYN’S REDIRECTING PLANES OVER MY ‘OUSE!  WHAT A WAN….”He’s drowned out by the 13:15 Air Koryo from Markjamesgrad International.

The judges take tentative spoonfuls. Gregg puffs his cheeks and scratches his head. “It’s tastes….It’s tastes a bit off….mate. I don’t know how you managed….”

“….You had all the ingredients there,” John interrupts. “You said your mate Nick left you the recipe? ‘Cast iron success’ were your own words.”

“Well it was supposed to be blue, but it started to turn this pinky-purple colour….”

“….if you don’t mind, Andrew, we’re trying to have a society here.”

“Yeah, I….uh…I fink somefing’s gone wrong there, mate,” Gregg adds. “Needed a bit more time, I reckon. The blue would’ve worked for me. What did you use?”

Next, the judges moved to Leanne, who was handing out pamphlets and flyers with the commitment of a militant Jehovah’s Witness. After handing two to the judges, she serves up her sauce, doing the swoosh thing with a spoon.

“Grew ’em myself, see,” Leanne says, tapping a pamplet and winking to the camera. “Hashtag Greenprint.”

“It needs a bit more refinment, but it’s a decent effort.” He raises his eyebrows, “Not baaad.”

“There a definite spicy, slightly nutty aftertaste,” John says. “There’s also a hint of bitterness, perhaps because one of the mature ingredients was left in too long. It’s bold. It’s bright. If you can tone it down you’ll be on to a winner.” He smiles wrily, “Are you sure you didn’t have any help?”

Last, but not least, was Kirsty from Powys.

John and Gregg look over the sauce, nodding to each other. “You’ve presented this very well,” John says, “probably the best we’ve seen today.”

“Looks laaavly,”Gregg adds. As soon as his shovel-like spoon hits his gob however, he starts coughing, discretely spitting it out. “Oooh, Chrrrrrist almighty….tastes like bullshit!”

“As I walked around,” John waves his hands in front of him, “you could pick up thick, cleggy wafts coming from your workstation. It’ll take decades to get that smell out of the walls.

“I couldn’t tell if it was just the characteristic aroma of an anonymous sauce, or if Danny Alexander had let one go again.”

With the judging over, the contestants entered from a side door and lined up. “Only one of you can be our Anonymous Sauce champion,” Gregg says, checking his watch. “We’ve ‘ad better days, to be ‘onest.”

Everyone’s distracted by a slanging match, as Carwyn fires passive-aggressive questions at the production team, whilst fiddling with the camera.

“Hashtag Plaid question mark!” Carwyn shouts back. He starts pulling wires out of the camera. “Gimme the tape! Gimme the bloody tape! It’s what we call in Welsh Labour a ‘right to reply’! What does this button do yur? This one y…”