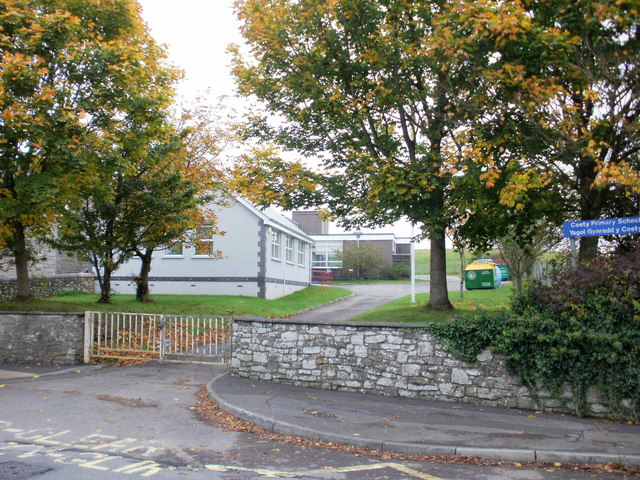 As I mentioned last year, a new school will be constructed to replace Coety Primary and serve Parc Derwen“village” to the north east of Bridgend.

The school itself will be constructed in the northern half of Parc Derwen – near land set aside for community playing fields – and will have a capacity for around 480 pupils (including a 60-place nursery).

At the end of last month, Bridgend Council put a contract to construct the school out to tender (doc). They’re using a type of contract which would incentivise “value for money” by sharing any savings made during construction between the council and the chosen contractor.

The new school is being funded by contributions from Parc Derwen housing developers and the Welsh Government – both funding streams are said to have been “approved in principle”. It’s unclear precisely how much the school will cost, as no formal design or planning application has been submitted yet. Additional costs will be met by the council themselves.

As I understand it, the new school has a target opening date of September 2015. I’ve got to say that’s looking a little optimistic at the moment considering it still needs to be designed, and it’ll probably be Sept. 2016. It’s also unclear what will happen to the present Coety Primary site afterwards.

Penybont FC ready to kick off

Firstly, apologies for using the “soccer” abomination, but it was required for alliteration purposes.

I mentioned Bridgend Town and Bryntirion Athletic’s proposed merger a few months ago, and it was hoped it would be done in time for next season. A merger deal was needed quickly because a deadline for Bridgend Town to use the £1million the council had held in escrow (for the sale of Coychurch Road ground to help the ASDA development) was drawing near.

As the Glamorgan Gazette reported a few weeks ago, Bridgend Council approved the release of the funds, and the merger has gone through.

The name of the new club is reported to be “Penybont FC”, and the £1million will be used to help bring facilities at the club’s new home – Bryntirion Park on Llangewydd Road – up to the standards required for the Welsh Premier League, including a 3G pitch. A second 3G pitch will be provided at Bridgend College in Pencoed. I’m not sure what for, but I’m presuming for training purposes or for youth teams.

It’s also been confirmed that Penybont FC will compete in the MacWhirter League Division One next season.

I’m not a fan of the name, as I think there’s a Penybont FC elsewhere in Wales. I would’ve plumped for “Bridgend Athletic”or even a branded, non-location specific name like the “Ospreys”. However, if the new set up is to a high standard – on and off the pitch – they have the potential to become one of the biggest clubs in the Welsh pyramid. Now it’s a question of getting the public on board.

There are also stark warnings from Llanelli and Barry about what can happen in a big town if its football club isn’t being run properly. The FAW haven’t exactly covered themselves in glory there either….again.

The Wales Audit Office recently released its annual improvement report into Bridgend Council. I’m not going to go into too much detail, but on the whole it makes good reading for Angel Street. It’s said the council is making “good progress”towards meeting its improvement objectives in many areas, including : support for the disabled in applying for benefits, safeguarding vulnerable adults and promoting physical activity through leisure services.

There was one major area of concern though – children’s services. They’ve been under the spotlight recently, firstly after it was revealed that a teenage girl in Bridgend was left in the care of a convicted paedophile for five years, despite Bridgend Council knowing they had a record. That’s a similar, but not identical, set of circumstances as the more infamous “Baby P” case in Haringay.

Secondly, the death of a 16-y.o girl, from Maesteg, in care from a drugs overdose, after years of being sexually abused. In both cases the council have been absolutely ripped to shreds in reports for their handling of both, and have been implored by Bridgend’s MP, Madeleine Moon, to enact the recommendations.

Madeleine Moon was a former employee of Mid Glamorgan, Swansea and Bridgend Council social services, but succeeded Win Griffiths before any of this happened.

The auditor says “operational weaknesses”within children’s services still need to be addressed, despite some improvements, as well as other weaknesses in education attainment and how information is managed.


Bridgend Council recently launched a survey asking for residents in the county to inform them of scams they’ve been targeted by. “Scams” hasn’t been defined, but I think they mean over the telephone in particular. This isn’t the first time the council have raised concerns about them either.

I remember being entertained (some of you might’ve been too) by someone from India calling from “Microsoft”, suggesting there was a fake computer problem, directing me to a “fix” they were offering, which probably contained a virus/way to obtain personal details/way to rip people off. It’s fine for me because I realised it was a scam, others won’t be so lucky though.

They’re utter scum who prey on the most vulnerable – especially pensioners – in addition to being a pain in the arse for the rest of us.

The council survey is open until 1st July, so if there are any Bridgend people reading this who can help Trading Standards identify the scammers and their patterns, I urge you to fill out the questionnaire while there’s still time. (It’s not a scam, by the way). 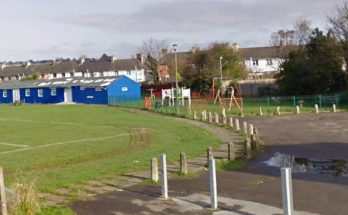