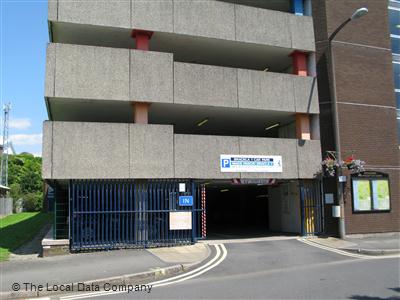 South Wales Police withdrew financial support for traffic wardens a few years ago, so Bridgend Council – and other local authorities – are seeking to set up and manage their own traffic warden agencies. At the beginning of the month, Bridgend Council’s cabinet met to discuss the matter – originally raised in 2011.

The cabinet (presumably) approved new traffic orders which would allow the creation of an in-house Civil Parking Enforcement Team, in collaboration with Vale of Glamorgan Council. It’ll be implemented from April this year.

The responsibilities for parking enforcement would be transferred from the police to highways authorities (local authorities in essence) as part of the Traffic Management Act 2004.

In a slightly bizarre legislative quirk (which makes sense on reflection), Bridgend Council have to apply to the Welsh Government to decriminalise parking enforcement across Bridgend County, which will effectively bar South Wales Police from taking any action against illegal parkers.

However, the new Civil Parking Enforcement team will take over the responsibilities once the Welsh Government have done the legal bit. So, in effect, it will “devolve”all responsibility over car parking enforcement to Bridgend and Vale councils.

The penalty notices will be either £70 or £50 based on the offence. There’ll also be the usual right to appeal.There’s intended to be a single “central processing unit”based in either one of the two authorities. It’s unclear which one yet.

Although the project is said to be “operationally viable” there are issues raised about the set up and ongoing costs of the scheme. It’s estimated that the service, based on a “do minimum scenario”, will cost around £300,000 a year to run, and run at a net loss of around £46,000 per year. The shortfall could be made up by “other sources of parking-related income” – like pay and display or new off street car parks. The scheme would likely break even within six years. It probably sounds riskier than it actually will be in practice.

However, it’s worth pointing out that both councils hands has been forced by the police withdrawal of traffic wardens. You only need to look at Aberystwyth’s recent experiences to see what would happen if nothing were done.

It will cover both on and off-street parking, and the councils would be able to manage parking on their own terms and “wherever and whenever they wish”. The councils would also (presumably) be directly accountable for car parking in political terms.

It could mean a significant clampdown on illegal parking – as there needs to be an active approach to enforcement to “produce financial viability.”

The number of traffic wardens (now called Civil Enforcement Officers) will rise from 4 to between 8 and 11. Existing parking enforcement staff will presumably transfer over. So there could be a few jobs created in backroom functions. Yes, including yet another “manager”.

As long as there aren’t any major hiccups, it makes perfect sense. I’m in favour of these sorts of things being controlled locally, as long as the accountability is there too via the councils. But, in Bridgend county at least, I hope this will mean an assessment of off street car parks near the town centres, perhaps leading to the creation of new ones or an expansion of existing ones in the medium to long-term, hopefully improving footfall. Bridgend town is already “reasonably”well-served by public transport, though things could improve there too.

That could help BCBC meet some of their corporate plans until 2017 to develop the economy. A new car parking strategy does appear to form part of that. A public consultation on the Corporate Plan is open until February 18th.

The front page story in Glamorgan Gazette this week was the news of a potential merger between Bridgend Town and Bryntirion Athletic football clubs. The announcement came as a bit of a shock to be honest, more for the suddenness than a merger in principle.

Both clubs play in the Macwhirter Welsh League First Division (south Wales’ feeder into the Welsh Premier). Bryntirion Athletic won the division in 2010-11, but didn’t seek promotion. Bridgend Town have had long-term ambitions for promotion, but have consistently struggled to finish in the top two places to qualify. Both sides have struggled on the pitch this season.

It’s said that the merged club would play out of Bryntirion Athletic’s current ground on Llangewydd Road, which has been redeveloped over several years and has hosted women’s internationals. The plans are reported to include the creation of a 3G pitch, which would be in line with what the FAW and National Assembly Committee came up withat the end of last year. It could also improve chances of the new side being able to meet licencing requirement to gain promotion to the Welsh Premier.

The move does make some financial sense as well. Bryntirion Athletic have their own clubhouse – which is a de-facto community centre – and would provide an income stream on non-match days. Bridgend Town have ~£2million held in escrow by Bridgend Council following the Coychurch Road ground sale to build a new road to enable the ASDA supermarket development. Time’s running out for them to use the money, though they were recently granted a year’s extension by BCBC.

Presumably any potential new club would have a new identity.

My concern now, is once again around the future of the Brewery Field if it loses one of its main tenants. A new permanent home in Bryntirion might also throw into doubt any move to Island Farm in the future by Bridgend’s main sports clubs.

Island Farm appears to have stalled, perhaps awaiting the outcome of the planning inspector’s report into the Local Development Plan, which is due over the next few months.