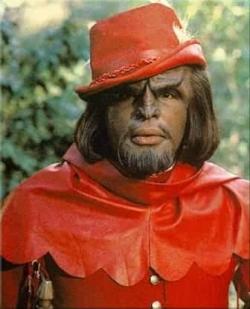 Cledwyn is founder of People Against Rampant Anglophobia Near Our Inglish-speaking Districts, described as a revolutionary social movement, that aims to expose Wales’ secret shame – forced Cymraeg. But is there more to this movement than meets the eye?

“It all started, see, when I was watchin’ telly. I flicked onto this channel, think it was S4C, and they ‘ad all these people speaking Welsh. They was eatin’ live worms and ‘ad ‘ese, like, bumpy foreheads.

“It made me realise ‘at Welsh-speakers were far more dangerous that I realised. I mean, I don’t mind ’em, but ‘ey ‘ave ‘ese spairse-ships that can become invisib-ible, like. And they’re yur to force Cymraeg down our throats! I mean it’s onna internet, so it’s gorra be true! It’s obvious to me they need to be wiped out.

“Wales needs to wake up! One morning, I’ll ‘ave a six-foot-seven Welsh-speaker standing orver me in bed, Cymraeg in hand, ready to ram it right good and proper down my breathin’ tube.” He coughs, looking shiftily around the room.

Psychology professor Yogi Plopp from University College, Abercarn (due to merge controversially with Blackwood Neil Kinnock University to create a “super-university” next year) has studied the website closely.

“It’s an interesting social phenomenon,” he said, scrolling through the posts. “Language is, in its very essence, expulsive. It’s an expression of one’s self as well as a basic form of communication. It’s impossible to have a language forced into somebody, unless it was in some sort of parallel universe where people wear shoes on their hands.

“These people have fetishised the Welsh language. They’ve found a way to turn fear of their own desires, into a way to express them without boundaries, sharing them with like-minded individuals behind the banner of anonymity. Their anger towards Welsh acts as a form of denial.

“What they really want, is to be wined and dined by a big, strong pair of L’s, taken to a log cabin in the Black Mountains and laid down by a roaring fire.”

I was shown an photo-shopped picture from the website, of Sam Tân, ramming a hose attached to a fire engine– labelled Cymraeg – down Bella Lasagna’s throat. This photo had over 1,200 comments, mostly alluding to self-pleasure.

Professor Plopp tried to explain this further, “Digraphs are a sub-fetish within the movement. Others are entirely focused on road signs, while a few are focused on creating settings and scenarios where they can explore Cymraeg through alter-egos.”I managed to track down a former user of the website, who wished to remain anonymous. “We called it the ‘gigalo scenario’,” he said. “I went real hardcore for it one summer. We would gather up all the bilingual bills we could find, council tax notices….you know….and we would wind ourselves up, get really angry, like.

“Next think you know, I’m reaching the jester’s shoes thinking about aspirate mutations.”

I decided to take a look at the comments myself, and what I found was shocking.

TellingtheTruth15 – I almost had an “accident” today. Saw a pair of FF’s on a sign in South Pembrokeshire. Didn’t belong here. Needed to pull over for a “break” I was so angry 🙂 Pull up to the bumper baby, in your Cymraeg Llimousine! Down with this sort of thing!

DimCymraeg – i love cracking one out over a lovely big pair of double-D’s! went onto Golwg360 and my glasses is all misted up now! what a waste of money 😉

DigraphDai – I was powerless not to fall down to my knees, and ram Cymraeg back and forth down my throat. It was so red-hot there was steam coming off it. It was going shhh te-ca like Ivor the Engine, the sort of noise that would’ve made Fred Dinbah puff his chest out in pride. It caused my English-speaking brow to sweat, and he used it to lubricate Cymraeg. I’m a naughty, naughty boy, who needs to be given a degrading leathering in cymraegification. It’s a bloody disgrace.

MariLlwyd – “Suck me, baby.” He forced his Cymraeg upon me. It pressed on my tongue, and my mouth closes around it, waiting for it to be forced down my throat. The muscles inside the deepest, darkest part of me clench in the most delicious, True Welsh, fashion. “Look at me,”he breathes, and I stare up into his smouldering grey gaze. It’s his Cymraeg gaze – cold, hard, and sexy as hell. “Aberdaugleddau!” That’s all he has to say before I’m pushed higher, higher, into the castell in the air. Horrible, it was.

“The language, the imagery, it all points towards a wish for something being inserted into the mouth or throat. I’ve dubbed it Compulsive Cervical Cymraeg Insertion Syndrome.

“Once these fantasies begin to involve children – in particular teachers forcing Cymraeg on pupils, usually portrayed from the position of the pupil – it takes on a whole new, dangerous meaning. These are some polymorphously perverse individuals.”

Professor Plopp has a plan. He’s devised a therapy that aims to break the cycle.I joined Professor Plopp and Cledwyn at the bottom of Wind Street in Swansea on a balmy, August Friday night.

There are lots of revellers around. Nubile young women wearing three-inch belts as skirts. Men wearing pink t-shirts far too small for them, walking as though they are carrying half a Jamie Roberts under each arm. Students creating a kaleidoscope on the pot-holed tarmac with their stomach contents.

As a cackle of young men and women approaches, Professor Plopp begins the procedure, “What I want you to do Cledwyn, is take nice, deep, steady breaths, OK?”

Cledwyn does, picking up something in the wind, “Smells like cockles….no, no…. is that!?….”

Professor Plopp revels in the technique’s success, “Once they get that essence of procreation – and chips – in their nose, they stop thinking about digraphs, forced Cymraeg and bilingual road signs.

“Some might even go on to fully accept who they are, without forcing their negative view of the Welsh language onto others. It really makes the job worthwhile seeing people regain their lives.”

He shakes his head, sighing, “So many years being slave to their dark thoughts, and being angry at something, but not quite knowing what. It doesn’t have to be like that.”

The Wind Street Technique is backed by the European Social Fund and a Welsh Government whip-round.