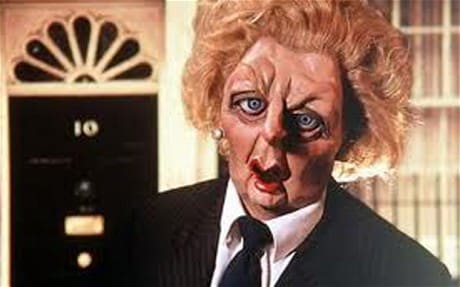 Our AMs, and probably the whole political machine in Wales, have an image problem.

It doesn’t help that their tiniest actions are quickly pounced upon and blown out of proportion (and I’ve been as guilty as anyone else of doing that), combined with their relative anonymity.

Danish political drama Borgen has won rave reviews, and judging by comments, has become something approaching must watch TV for those in the Bay Bubble. In the last week or so, one of the Borgen writers visited Wales for an event called “Borgen in the Bay” -hosted by new public affairs company, Deryn Consulting. It was suggested that Wales could follow suit.

I believe one of the main reasons there’s so little engagement in Welsh domestic politics is that many people don’t know what our AMs actually do. The Assembly Commission has done some good work in getting out there and highlighting how important the Assembly – and its decisions – are to everyday lives in Wales, but I’m not sure it’s made the impact we need.

A good documentary (in English), showing the behind-the-scenes stuff at the Senedd and Cathays Park would go a long way as to showing that civil servants and AMs are human. They make mistakes, but they also don’t sit around all day and actually work for a living. Being a mature, sovereign democracy, the Danish are probably aware of these things in a way a Welsh audience simply wouldn’t be.

I’ve mentioned before that a Welsh version of The Wire might go some way as to shame our politicians into action. However, the TV programme that put politics in more front rooms than any other was ITV’s Spitting Image – long gone and I’m willing to bet many people reading this miss it. S4C have tried something similar in Cnex, while ITV tried relaunching a Spitting Image-lite in the short-lived Headcases.

What our AMs need is some carefully targeted – but not spiteful – ridicule. Their characteristics need to be exaggerated and given some semblance of charisma. They need to become figures of fun and – for more prominent AMs – recognisable in the street.

There have been a few attempts at Welsh “satire” before, but it’s still pretty crude and in its infancy at the moment – my own attempts included. I’m convinced the satirical side of things will get better with time, but I’m not sure flattery – and a Welsh Borgen would be pure flattery – would have the desired outcome.

I’m going to be frank. Our AMs don’t deserve the levels of seriousness that a Welsh Borgen would imply. It would give the Assembly far more credibility and pats on the back than they currently deserve. It would be self-serving, slightly delusional, wonkish fantasy. Our AMs haven’t earned those levels of reverence….yet.

We don’t want successes in Wales to exist only on the TV screens on in print.

A Welsh Borgen would be depressing. It would be hard to portray marine conservation zones, free prescriptions, library closures, hospital reorganisations and lowering the voting age as exciting, gripping, must watch television. The politicians making these decisions are not heroes, nor strong, independent women with overly complicated personal lives either.

I can picture it now. Dramatic scene-setting music as the first female First Minister of Wales slams her fists on the desk, desperately trying to negotiate a bill through a half-empty Senedd that would provide subsidised apples to the under-5s. The Welsh Dimeral Lemocrats meanwhile, are threatening to withdraw their support for updated regulations on railway foot crossings – which binds the Assembly in a constitutional crisis as regulations for railway foot crossings are not devolved. Dun. Dun. Duuuuuur.

I wouldn’t be able to watch it with a straight face.

A Welsh Borgen – in the context of our weak devolution settlement and powers, largely anonymous politicians, the Assembly’s performance to date, and a nation rightly or wrongly dominated by small-c conservatism and a single party – would make Wales a laughing stock.

It’s like a parish council taking itself too seriously compared to the Folketing. It would be a parody of Borgen, not a counterpart.