Barnsley-headquartered 3GS have been appointed by Bridgend Council as the contractor to enforce new fines for environmental offences. 3GS appear to provide a similar service to Rhondda Cynon Taf, Swansea and the Vale of Glamorgan. The contractor has already started advertising for enforcement officers.

BCBC’s Cabinet is set to launch a public consultation on the new enforcement regime (pdf), which is timely considering recent reports on the relatively low level of fines issued in the county.

Why BCBC are holding another public consultation when they’ve clearly made up their minds, I don’t know – but subject to final approval, the new fines (pdf) will be: 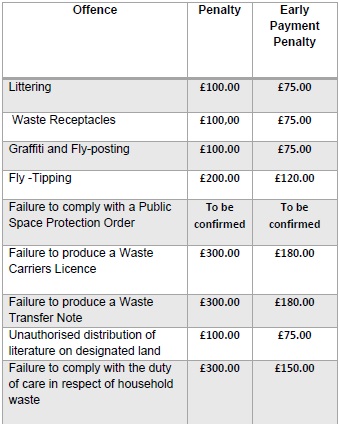 There’s no specific mention of dog fouling within the list of fines, but I assume the proposals announced last year – £100 on-the-spot fines for failing to clean up dog mess or not carrying bags whilst with a dog – fall under “littering”.

….obviously, this will raise a lot of money for the council at next year’s Dog Fouling World Championships.