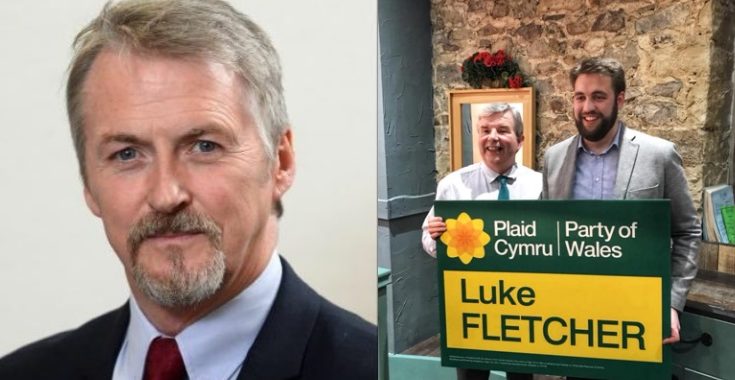 The next Senedd election is two years away and while that might sound like a long time, local party branches in Bridgend county have started selecting candidates.

In the Ogmore constituency, Huw Irranca-Davies AM (Lab, Ogmore) was unanimously re-selected on April 9th to run for Labour again in 2021. He said: “My thanks to all involved. It’s a huge privilege, and I’ll do my utmost to repay your faith again. Diolch pawb!” Ogmore is currently one of Labour’s safest seats in the Senedd and Huw secured over 55% of the vote in 2016.

On April 25th, 23-year-old Cllr. Luke Fletcher – who won a seat on Pencoed Town Council in a by-election in January against the Conservatives – was selected as Plaid Cymru’s Ogmore candidate.

He said: “I look forward to the coming campaign and to engage in constructive debates with the candidates of the other parties. For too long, Wales has been an afterthought for the London parties. My loyalty lies with the people of Ogmore and Wales, and that is why I believe the only way Wales will succeed and prosper is if a Plaid Cymru government is elected to the Welsh Parliament.”

The biggest question of all, of course, is who will Labour choose to succeed former First Minister, Carwyn Jones AM (Lab, Bridgend), who will stand down in 2021.

There’s very little news on that. The following is all idle speculation

Possible names in the frame there (again speculation/me causing mischief) include Bridgend Association of Voluntary Organisations (BAVO) Chief Executive, Heidi Bennett, and Cabinet member for Wellbeing, Cllr. Dhanisha Patel (Lab, Ogmore Vale). Cllr. Bridie Sedgebeer (Lab, Felindre) – who was recently elevated to a senior role in the Welsh branch of the party – and Cllr. Nicole Burnett (Lab, Morfa) are other local possibilities – but Labour could throw a curveball and pick someone completely unexpected.

If you want me to throw that curveball, the current International Affairs & Welsh Language Minister, Eluned Morgan AM (Lab, Mid & West Wales), might be a considered for parachuting-in as her current position on the regional lists is much less secure than it otherwise would be in a winnable constituency like Bridgend.

Who the Conservatives choose to run will also be critical. There was an almighty row during the 2017 UK General Election when a candidate was imposed on the local party. I doubt they’ll make the same mistake again as there’s a window of opportunity for them now that Carwyn is set to leave the stage. Might Suzy Davies AM (Con, South Wales West) be tempted to stand on both the regional list and constituency?

Speaking of regional lists, in February Sheila Kingston-Jones was selected as the lead Lib Dem candidate for South Wales West, with Chloe Hutchinson and Porthcawl-based Jonathan Pratt in second and third place respectively. This hints that Jonathan Pratt might be considering another run for the Bridgend constituency.