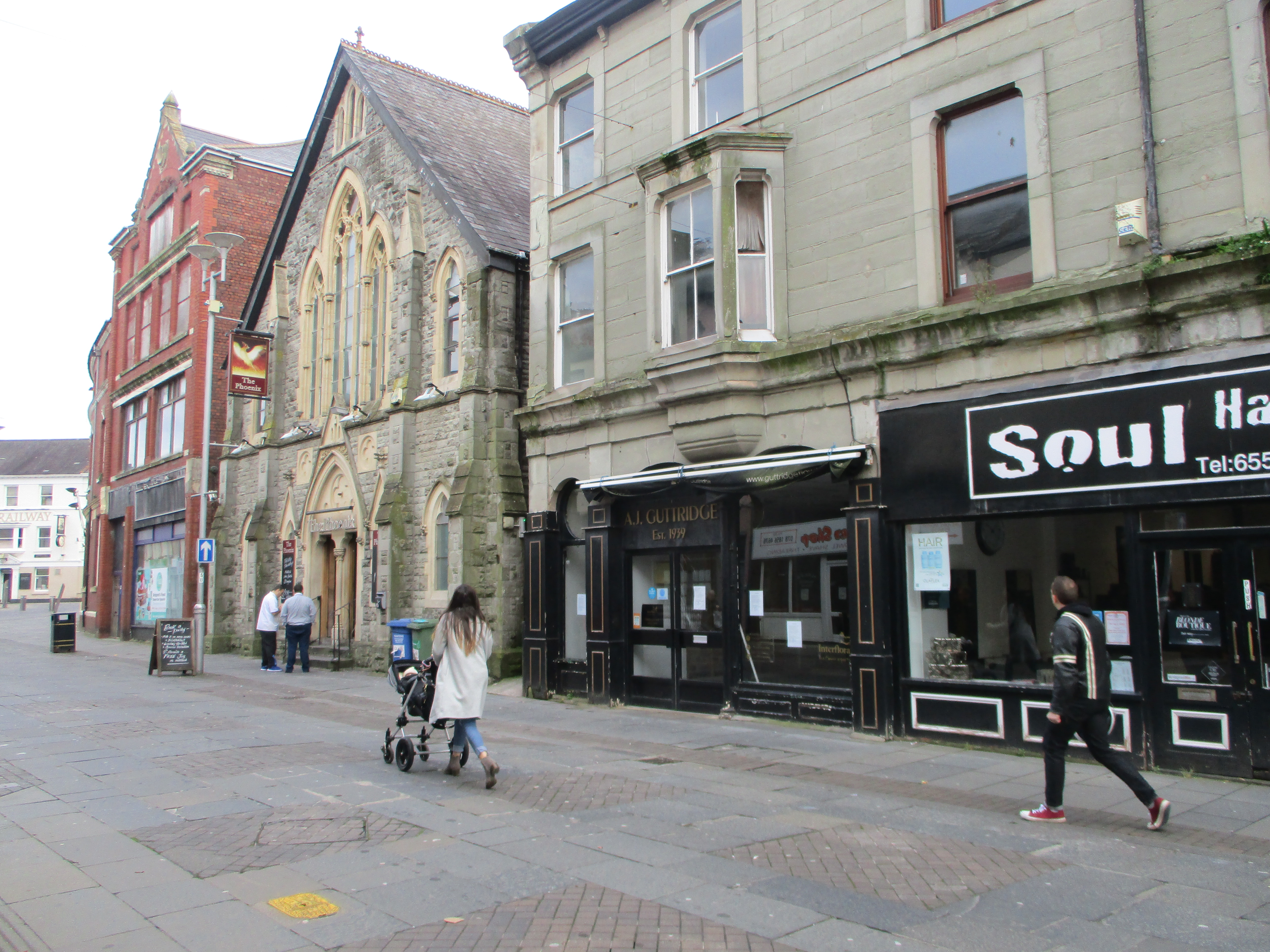 The issue of empty home and business properties in Bridgend county – report here (pdf) – is due to be discussed by a Scrutiny Committee on Wednesday (21st March).

As of December 2017, there were an estimated 1,233 empty private sector homes and at the start of March 2018, 308 empty commercial properties in the county. 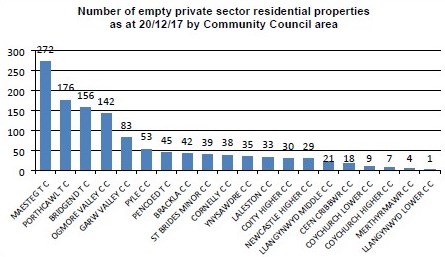 It’s a problem mainly confined to town centres, with Maesteg having the largest number of empty homes, followed closely by Porthcawl and Bridgend town centre; the Ogmore Valley also has a significant proportion. More than half (60.5%) of all the empty homes in the county are located in those community and town council areas. 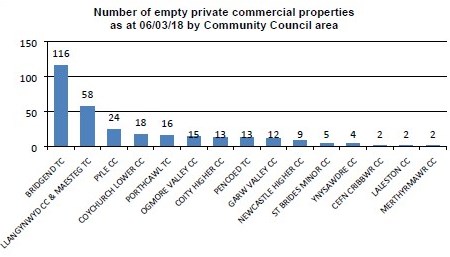 As for empty shops, just under 40% of them (118) are located in Bridgend town centre.

Some of the issues said to be associated with empty properties include: becoming a focal point for anti-social behaviour, environmental problems (fly-tipping, pests) and being a financial burden in terms of repair costs and devaluing nearby occupied properties.

76 notices have been issued to deal with empty buildings that have become a “nuisance to the community”.

What is BCBC doing?

Some of the policies introduced (by BCBC themselves, the UK and Welsh governments) include:

Some of the problems said to be faced in bringing empty properties back into use include:

Over the previous five financial years, 283 long-term empty homes in Bridgend were brought back into use. BCBC argue that they’ve been more consistent in reporting their numbers because they only count instances where they’ve contacted the owner, other councils do it differently.

Take-up of some of the services offered by BCBC – like the evidence provision and matchmaking service – were said to be “minimal” or “low”.

The grant scheme has been a bit more successful. £2.29million has been awarded so far, enabling 128 properties to be brought back into use – working out on average at £17,900 per property.

There were no performance figures given on bringing commercial properties back into use, though some of the grant money was used to renovate pubs.